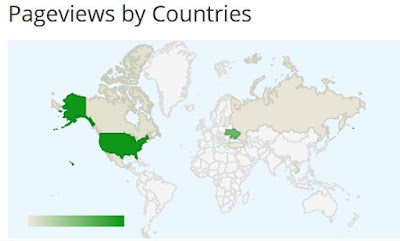 Wonder why them Ukrainians are so interested in the Lame Cherry. Maybe I will be rubbing Adam Schiff's bald head in being invited up for questioning before Congress, as the sensuous, sexy and some other S word as we are all interested in the Truth.

I do dislike exposing the foolishness of those who claim to have broken stories, like this post claiming to have broken the involvement of British MI6 in April of 2018 AD in the year of our Lord.


January 21, 2019 Elizabeth Vos
In April last year, Disobedient Media broke coverage of the British involvement in the Trump-Russia collusion narrative, asking why All Russiagate Roads Lead To London, via the quasi-scholar Joseph Mifsud and others.
The issue was also raised by WikiLeaks’s Julian Assange, just days before the Ecuadorian government silenced him last March. Assange’s Twitter thread cited research by Chris Blackburn, who spoke with Disobedient Media on multiple occasions covering Joseph Mifsud’s ties to British intelligence figures and organizations, as well as his links to Hillary Clinton’s Presidential campaign, the FBI, CIA and the private cyber-security firm Crowdstrike.

Now mind you, these are good articles, including the November 2018 AD in the year of our Lord article in the British press.

In an article published by The Telegraph last November, the paper acknowledged the following:
“It forces the spotlight on whether the UK played a role in the FBI’s investigation launched before the 2016 presidential election into Trump campaign ties to the Kremlin… Mr. Trump’s allies and former advisers are raising questions about the UK’s role in the start of the probe, given many of the key figures and meetings were located in Britain… One former top White House adviser to Mr. Trump made similar insinuations, telling this newspaper: “You know the Brits are up to their neck.” The source added on the Page wiretap application: “I think that stuff is going to implicate MI5 and MI6 in a bunch of activities they don’t want to be implicated in, along with FBI, counter-terrorism and the CIA.” [Emphasis Added]

The problem is that someone named Lame Cherry BROKE this story before Donald Trump was even president, as the Lame Cherry record was DECEMBER 12, 2016 AD in the year of our Lord.


Lame Cherry Exclusive: Who was behind the Russian Hacks?

https://lamecherry.blogspot.com/2016/12/lame-cherry-exclusive-who-was-behind.html
As another Lame Cherry exclusive in matter anti matter. The Lame Cherry is going to settle this once and for all in who was behind the Russian DNC hacks and the source is Julian Assange's intimate associate, who served with MI6, and his name is Craig Murray. That is the reality. I am telling you ...


Being a graduate of American education, my mathematics, arithmetic and whatever includes numbers and Algebra letters, ciphers that it was nigh 3 years ago, this poor orphan girl broke this story, while everyone else......well did not.

I could list all the exclusives here in which readers find out weeks, months and years before anyone else, but it is the season of giving, and time of donations, and the wondering of how important of warning would you want in leeway if your life depended on some event, for you to make plans and get away.
Just what is your life worth.

Oh well, I live in the future, and not much happens here.