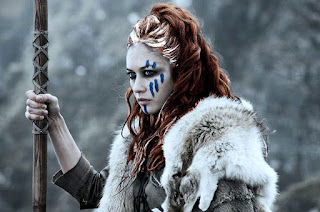 
For all the knowledge of the Roman Legion, there is not any common knowledge of what these metal plated, human battle tanks, with short swords, who moved in formation against the hordes.

There were 30 Roman Legions in their history, and of these the 5th, 15th, 17th, 18th, 19th, 21st, 22nd, were all obliterated to the last man. Of the 30 other Legions, the I Germanica, IV Macedonian, XVI Gallica, were disbanded for cowardice.

In all of these Legions, it would be the descendants of the Lost 10 Tribes in the Israelite Germans, Swiss, Samartians and Parthians who would slaughter thousands.

The Legions hold the place of legend, but it was the Israelites, led by their legendary cavalry and foot, who in exile would route, Persians, Greeks and Romans, the greatest martial forces the world knew, and yet they were defeated, and their decedents walk repressed in Western Europe, the Americas and Australasia. 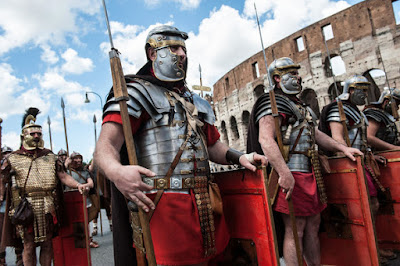 The Order of the Legion

A full strength legion was officially made up of 6,000 men, but typically all legions were organized at under strength and generally consisted of approximately 5,300 fighting men including officers.

The basic structure of the army is as follows:


Additionally each Legion had a 120 man Alae (cavalry unit) called the Eques Legionis permanently attached to it possibly to be used as scouts and messengers.

Total Fighting Strength of a Legion

Senior Officers of the Roman Legion

The overall Legionary commander. This post was generally appointed by the emperor, was a former Tribune and held command for 3 or 4 years, although could serve for a much longer period. In a province with only one legion, the Legatus was also the provincial governor and in provinces with multiple legions, each legion has a Legatus and the provincial governor has overall command of them all.

Named for the broad striped toga worn by men of senatorial rank. This tribune was appointed by the Emperor or the Senate. Though generally quite young and less experienced than the Tribuni Angusticlavii, he served as second in command of the legion, behind the Legate.

The camp Prefect. Generally he was a long serving veteran who had been promoted through the ranks of the centurions and was 3rd in overall command.

Each legion had 5 military tribunes of equestrian (knight) class citizens. They were in many cases career officers and served many of the important administrative tasks of the Legion, but still served in a full tactical command function during engagements.

The "First File" was the commanding centurion of the first cohort and the senior centurion of the entire Legion. Service in this position also allowed entry into the equestrian social class upon retirement.

Mid-Level Officers in the Roman Legion

Each Legion had 59 or 60 centurions, one to command each centuria of the 10 cohorts. They were the backbone of the professional army and were the career soldiers who ran the day to day life of the soldiers as well as issuing commands in the field. They were generally moved up from the ranks, but in some cases could be direct appointments from the Emperor or other higher ranking officials.
The cohorts were ranked from the First to the Tenth and the Centuria within each cohort ranked from 1 to 6, with only 5 Centuria in the First Cohort (For a total of 59 Centuria and the Primus Pilus). The Centuria that each Centurion commanded was a direct reflection of his rank. (Command of the First Centuria of the First Cohort was the highest and the 6th Centuria of the 10th Cohort was the lowest). The 5 Centurions of the First Cohort were called the Primi Ordines, and included the Primus Pilus.

The commander of the first cohort of each Centuria (except the first), with the following titles for the Centurions in sequence throughout each Centuria.


Low-Level Officers in the Roman Legion

The Principales would be the equivalent of modern day non-commissioned officers and had the following rank structures from highest to lowest:

A single position within the Legion. The Aquilifer was the Legion's Standard or Eagle bearer and was an enormously important and prestigious position. The next step up would be a post as a Centurion.

Each Centuria had a Signifer. He was responsible for the men's pay and savings, and the standard bearer for the Centurial Signum, a spear shaft decorated with medallions and often topped with an open hand to signify the oath of loyalty taken by the soldiers. It was this banner that the men from each individual Centuria would rally around. A soldier could also gain the position of Discentes signiferorum, or standard bearer in training.

One for each Centurion 59, they were appointed by the Centurion from within the ranks to act as his second in command.

Again there were 59 of these, or one for each Centuria. They acted in similar roles to the Optios.

They worked hand in hand with the Signifer drawing the attention of the men to the Centurial Signum and issuing the audible commands of the officers.

Carried the Standard bearing the image of the Emperor as a constant reminder of the troop's loyalty to him.

The Rank and File of the Roman Legion

These were trained specialists, such as surgeons, engineers, surveyors, and architects, as well as craftsmen. They were exempt from camp and hard labor duties due to the nature of their work, and would generally earn slightly more pay than the Milites.

Milites in training for an immunes position.

The basic new recruit. A Tirones could take up to 6 months before becoming a full Milites.