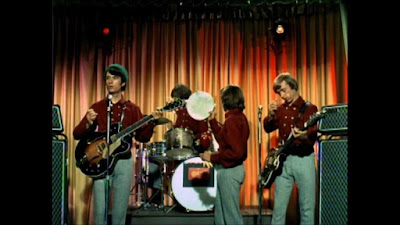 Consummation is  an act when it comes to wedding vows is said to be a pleasurable act due to the sex. From the way women act, I think that fabrication came from fathers who wanted their nagging daughters gone and jealous mothers wanting their girls to suffer something that must be endured.

All of you reading this have no idea that Prophecy is a marriage. It is a sex act of that wedding. It is the consummation of the covenant, the testament, the Bible, the vows, between God Who is perfect and people who are deserving of only God's Wrath and eternal punishment.

Sounds like most marriages on earth really, including the sex.

I enjoy being a smart ass in all of this, as I know what is coming, as today the Holy Ghost provided me with the Inspired Words given to Zephaniah the Prophet. Zephaniah is a minor Prophet, but he packs the most powerful of punch or in this case Wrath and Judgment.

I have always enjoyed the Day of the Lord, because I know the choices in I would be dead, I would be suffering, and it would not be any different than my entire existence here for God's Glory, as I wait for the return of Christ. Death and suffering, nothing to fear in that for Christian me, but it is something all of you sinners and pew sitters fear. It all terrifies you.

For me, I actually become giddy in it. The thought of Biblical Reckoning delights me in the numbers God will put up. 200 million at Aramageddon. The small numbers of a few million in cities being wiped out, to the tally of like 2/3rds of the world's population dead in like a fat 6 billion is quite a pleasant thing, when you think all of those self serving evil satanic bitches and bastards are all going to be laying out in the streets and fields dead. Feast of the fowls it is termed at Armageddon in birds having a gluttonous time on the corpses.
Can you imagine the blow flies. Be clouds like homing pigeons to darken the skies on that many dead. I wonder just now if you had millions of dead in a bowl shaped area as numbers of cities are built in the bottomlands, if all that methane would gather long enough that some smoker would ignite it all like an atomic fireball. Yes smoking would be bad for the health with that kind of lighting up.

See you fear such things, but I delight in them, as I long for the evening of the scales in this world. I have been through things and experienced things which would have made you gone fetal position insane or blown your heads off. It is a glimpse of every kind of evil God has recorded and God has all that pent up fury in His cup, and He desires to pour it out.

That is what Zephaniah was Inspired to Prophesy. It is the most beautiful verses in the Bible, next to Isaiah's Wonderful Counselor in predicting the Birth of the Christ. This time though it is death. Death to peoples who think their police state and military is going to protect them. It is all tough Judgment in those who have rejected God and have proved it by their treating others like shit.
Blood poured out like dust and their guts like shit. Imagine that, shitting out your intestines into a big plop on the pavement, their sticking to it, on the grass in things poking into the gut, in dirt getting all covered with mud slime.
I see it. I hear it. I smell it. I am there in that foreboding gloom. The fire is coming from the Lord and it is a human condition.

What I appreciate most is verse 18 in all of you rich sinners, proven by what you are in not donating, in leaving me for dead and sentencing me to suffer, that day is coming when your suffering will not end and God will leave you for dead.


18  Neither their silver nor their gold will be able to save them on the day of the Lord's wrath."

That which you engaged in, is exactly what you will be Judged by. There will be no Mercy. God will turn from you as you left me in the mire of sickness and poverty.

So this Day of the Lord. Jacob's Trouble, The End Times stuff is all liberating to a Christian. We have nothing in this world that you are hording and it is all like a wonderful lottery to contemplate as how God is going to blood splatter each of you sinners.

Will it be your starving neighbor? Will it be some gang on the highway as you flee, raping you and then bashing your head in with a rock? Will it be Wormwood smashing into you? Will it be the plague? Will it be invading hordes impaling your anus then impaling you? I know you always think of glamorous deaths as that is what your self indulgence leads you to, as you just have to have this all about you. Or will it be, because you drank dirty water and are shitting yourself to death? Or will you drown crossing a river with your bag of gold?

Actually in the Bible, in another part, God has an amusing vision where  all of you rich people are throwing your wealth into the street as it will not save you as you finally figure that out as it is worthless then.


15  That day will be a day of wrath- a day of distress and anguish, a day of trouble and ruin, a day of darkness and gloom, a day of clouds and blackness- 16  a day of trumpet and battle cry against the fortified cities and against the corner towers. 17  "I will bring such distress on all people that they will grope about like those who are blind, because they have sinned against the Lord. Their blood will be poured out like dust and their entrails like dung. 18  Neither their silver nor their gold will be able to save them on the day of the Lord's wrath." In the fire of his jealousy the whole earth will be consumed, for he will make a sudden end of all who live on the earth.

Yes the great mystery of it all, and how liberated I feel, just giddy in it all.

I wonder how the lottery will fall for you, not really, as you are not worth contemplating as there is only so much live theater to be comforted by, before cuddling off to sleep.
In Jeremiah the Prophet it says, no one will bury you, no one will mourn. Adversaries never contemplate that the cold ground looks more welcome when the earth is the wiggling cover of maggots on their dead bodies and the sound of mourning is the pleased drone of blow flies hovering to lay more eggs.

A nice codger once said they had never read things like they do in Lame Cherry. Yes I do not hold out my hands to my adversaries and pat them in comfort to say their sinning is acceptable. This poor orphan girl abandoned to death, tells you what you are and that Judgment is coming.

https://www.youtube.com/watch?v=ZcXpKiY2MXE
Feb 1, 2012A re-edited song from The Monkees TV series. This is from episode 2 with adds from episode 3 and live shot from episode 32. This completes all editing of songs from the first season of the TV series.