So let me comprehend all of this.

Little Prince Harry, the stable boy, wanted to have sex with monkeys. So the Queen said, "Go find a Negroid, have monkey sex, and London will pimp her in Africa to regain control of the colonies we lost".

Somewhere in this the Quadroon Meghan, offended the winning faction of Buckingham Palace, who comprise of the Queen, Chuck, Loaf Head and son of Loaf Head, because everyone loves Queen Kate.

Hence the release of the new photo by the Queen of who are royal white people. 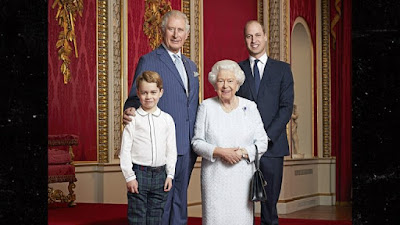 I never thought anything could make Prince Chuck look Kingly, but that kid of Loaf Head, just looks like he could not breed at puberty without artificial insemination, but that is not the point, as the Queen, Chuck, Loaf and Son of Loaf, all hate Meghan Markel and the Stable Boy.

They gave the Hars and Megs Sussex, but these two spend money like crack whores in jetting to points aboriginal, about bankrupting the crown, so the Queen said she was not amused, and everyone agreed Harry and the Quadroon had to go.
The problem is for some reason, Meghan who hates Americans, has decided they are going to be the Regents of Canada and America. 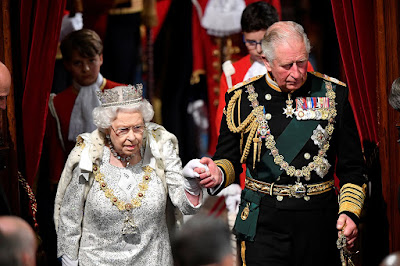 Get that bloody damn quadroon to that Canada thing


This zoo exhibit coming to America is a real threat to the people of the United States and Canada. Joan of Arc and the French had a bit of a bad time with the English, as did the Irish, as did the Scots, as did the Welsh......for that matter as did the Germans who got fire bombed to death in World War II.


They are coming though, and apparently Meghan Markle has discovered in these hard economic times of the Queen saying she is not amused with Meghan, that Meghan no one wanted her cunt hairs for any price, but as soon as she is a Dutchess, Meghan found a market for her twat hairs.

It is like that fat Sarah Ferguson. No one wanted her, but as soon as Andrew put the pole to the bush pile, rich bald men wanted to suck her toes. Meghan has set a value of 400 million dollars on her vulva pubes.

A right royal cash in! How Prince Harry and Meghan Markle trademarked over 100 items from hoodies to socks SIX MONTHS before split with monarchy - with new empire worth up to £400m
By Erica Tempesta For Dailymail.com and Mark Duell for MailOnline 09:05 09 Jan 2020, updated 16:13 09 Jan 2020
Prince Harry and Meghan trademarked their Sussex Royal brand on more than 100 items including pencils, socks and bookmarks more than six months ago.
The couple have an estimated £34million private fortune to fund their new life after quitting as senior royals, but can make even more with various business ventures such as book deals, TV deals, public speaking and fashion and brand partners.

I am thinking about this in Princess Diana terms in the die part. Diana thought she could get prego by a Muslim and MI6 ended that in aborting Diana too.
Now the Queen has banished the quadroon to Ottawa. I doubt that the Queen had it cleared through her for Meghan to prostitute the British Crown.
Wedgwood china is one thing, but marketing the monarchy, like you are Donald Trump branding the name. 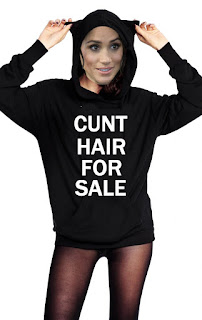 See hoodies are one thing, but what happens when the book deals come out, and publishers want the dirty knickers stuff? Charles like sucking on used tampons. The Queen likes to take it up the arse.  Wills and Hars might not be Charle's offspring.
See 400 million dollars is 400 million dollars, but when a Quadroon starts bringing down the British Monarchy which is splitting apart on the isles already, it makes one wonder before Meghan and Harry, have their own Diana moment.

The reality is Meghan and Harry are completely tasteless leftists.  The Habsburgs used to marry for power and wealth in style. Hell Winston Churchill's old man was poor as shit, so he married a rich American woman to reproduce with.
Harry though a stable boy progeny and Meghan.......well a Quadroon, apparently neither had the capability of making the Queen amused and being able to survive on a 100 million dollars a year.

Now they are coming to America, to sell Meghan's twat fur as ruling Canadians is expensive for some reason. The thing is, there are numbers of more powerful and ruthless people, than even the Queen who offed Diana, in North America