Pans too hot for a Super Sissy 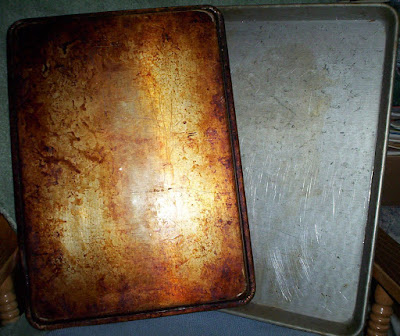 I had someone quoting to me the other day what I always say, "I can't believe what people throw away", and that is something I do understand as the root of most of it, is, people think they are too good for things or they have a parent or a spouse they loathe, so to the junk yard it goes.

I have heard of women selling all kinds of things cheap that their ex husbands had. It is  therapy, and I personally dream of the day in coming upon some widow woman or ex wife who just hates their husband and tells me, "The garage is full of their shit, go take what you want as the rest is going to the dumpster".

Of course in my fantasy, it is a place of guns, traps, fishing stuff, garden stuff, tractors......it is a big shed really and it is better than King Solomon's Mines. Yes I think there is a Willys Jeep, big trailers to haul things in.......oh it is a delight, as  he loved German wines and beers, and TL and I have a brew on the way home, as the little fridge has cooler with it too, and the beer is ......no he has a 1960's pop and beer cooler, when pop came in bottles and beer in real  tin cans, and there was not any coin slot, just a lid wide open to the world, and inside was pop and beer bathed in water, and your beverage was always dripping cool wet, and stayed that way as the water evaporated off of it.
Yes sometimes I live in the past and not the future, and I know these things, and for ten cents I have a Pepsi on a hot day and a bag of chips for a nickle.

Anyway, God has to come through on that, as  He came through on the pans. Yes this is the mothers of all aluminum pans. I figure they were stole out of the school, as they look abused and heavy as the military. That brown is butter and grease, that you only get by baking thousands of cookies and not giving a damn about washing them. The one is newer, but that old gal with the batina is my love. I simply love things like this with character.

Problem is with our little oven, when I popped them in, the door would not shut. God needs to work on that in our place with big donations as I have pans now and will travel.

The mother used to work at the school as the chief cook. So whoever got these pans must have been in that orbit. Am thinking was probably some grubber teacher or whatever....maybe it is the pansy ass super, as he is moving with the wife to a new job, and I can see that little penis prick stealing things, not because he wants it or his wife ever cooks, but just because he was screwing someone else over, and now that they are in his possession, in the garage, he is feeling degraded by it all, as they are not as shiny as his balls from scrubbing and it makes him feel in phobic terror, that someone may see them and question why a priss like him, with a shining bald patch on his head and wispy girlish mustache has pans that a poor degenerate would have.
So off to the thrift store they go, along with all the other women working  through things, as you can always count on a sissy super to screw himself over. 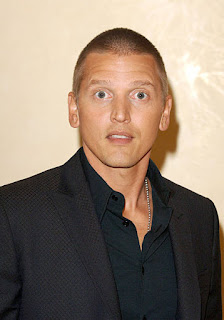 I'm an actor, but I could play a Super Sissy in Realsland

So we got these pans, all for a dollar. Probably 25 dollar pans at the real store, but we got them after I got the whistling bird brain to hell out of the way. Nothing is more irritating than to be in a hurry and then have a big fat ass male standing in they way knowing you want to get at something. So after 5 minutes, I pushed through, picked things up, and highly offended this christian who said he understood it was human nature to push through.
Yes being annoying like a fat ass old cow hogging the water tank, because other cows want a drink is not something evil, but just a fat ass bird brain being a prick, like people who steal pans and then have relatives who don't want that shit and dump it for the rightful owners......meaning me by God's Grace.

So that is the story of the day in aluminum pans which probably have 10 dollars of aluminum per pan as they are heavy mothers. I have to go put in some laundry and start breakfast as it has been an eventful day in your evil intents in I fell into a mire of mud cow shit opening a gate, because the cattle have been acting nuts in cleaning things out here.