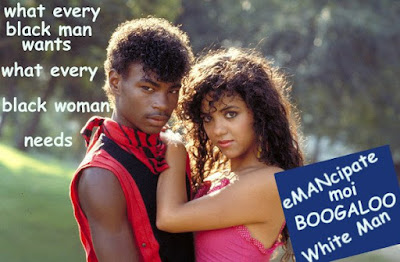 psychological studies revealed that black men consider it a status
symbol when white men accompany their black women, and, black women
view the white male as a social progression they can not resist.

Sometimes as the sun sets in the west, the atmosphere skips radio signals and a station in Omaha overpowers and a rather right wing host named Chris, comes in. I make mention of this as one of his Howard Stern cast mentioned a name he made up. It was something like Rod BangoBoogaloo.
The attractive sounding woman, who wears Eskimo clothing to work and creates a fondness among male listeners laughed intensely.

That is when I came across this, and thought you perhaps would be interested in what is the new rallying point word among the kids


The ADL published an article on a term used to describe what people, referred to extremists, believe to be an upcoming civil war in America, which wasn’t well-received by all, as left-anarchists took issue with some of the article’s assertions.

The future civil war, or, the “Boogaloo,” has been meme’d extensively to the point where it doesn’t simply refer to an out-and-out civil war, but also small scale conflicts as a result of divisive policies and media outrage campaigns.
Memes concerning the so-called “Boogaloo” have mostly circulated dissident right-wing circles on social media.
In the article, the ADL starts by writing, “It’s not often an old joke evolves into a catchphrase for mass violence, but that’s just what’s happened this past year when a variety of extremist and fringe movements and subcultures adopted the word “boogaloo” as shorthand for a future civil war.”


Boogaloo memes are proof to the great threat, of the same ADL which was so hyper for those Shin Bet created AltRight rockers, who were delightfully fun in WWE theater, but now have their own lovely professional artwork. 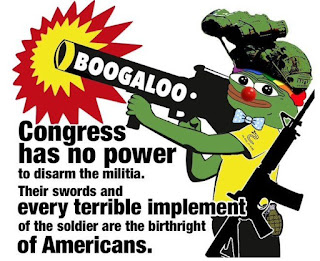 Who knew that a Jew in Charles Bronson and an Italian in Sylvester Stalone would be led by Chuck Norris in Boogaloo. Revolution in the grave or collecting social security, but the ADL must be right as Jews are always right. 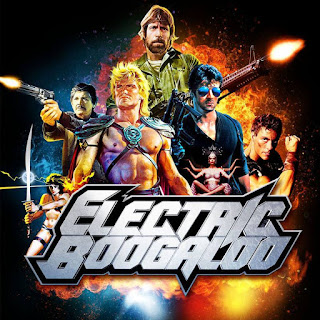 
That is your education. Kind of like losing your Virginianity. Sorry not a race war, Ringo Starr, just a Civil War.
Is American Civil War really a black man wanting a white man to have black women and black women wanting white men to have them.
Sing it Ringo, the way John Fogerty would.