The Holy Grail of Repair Manuals 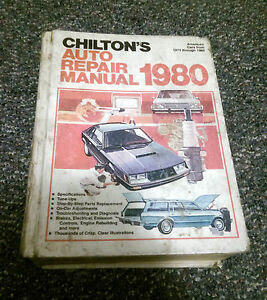 I realize that the car industry deliberately made vehicles so  complex that no one can repair them now, but for some of us with older vehicles as rich people are on this blog and fail to make the big donations as they drive around in luxury, there is something I came across which honestly makes  a difference and it is the Chiltons Auto Repair  Manual.

I actually took auto shop in school, and considered being a mechanic, but I hated washing with Lava soap and having my hands stink like grease every day. If I could have specialized in door repair or stuff like that, I would have been ok with it, but I was always changing oil or packing bearings and grease is grease and oil is oil and I do not like smelling like petroleum products.

I would that I was my old neighbors son, because before he died, that man could tear down Farmall tractors blindfolded. He could weld about anything too, which I can do too, but I am not any good on small engines as if they do not run they stay not running with me, but one of my desires is to get an old tractor and tear it all apart and get it running again. I have never done that before, and I admire people who have that ability.

For me though, I always liked  the holy grail of repair in the Chiltons manuals. The problem is  that they were and are too expensive for poor people like me. That is why when an ancient one was in the thrift store for 2 dollars, I looked at it, and left it, as 2 bucks is 2 bucks.
Things changed though on a clearance sale in they were offering books for 25 cents. That kind of price I could deal with, and sure enough, there were two auto repair manuals, one even was electrics,  so for 50 cents I picked up the knowledge for all time.
The thing is vehicles are pretty much vehicles, in even new ones, and as long as I can get in the ball park on something I can fix it with a picture. That is why I think that people at garage sales or junk shops should not pass up these old manuals as they have the specs and how to repair the vehicles of that ear.
Now I do not have a 1980 vehicle, but if I get rich and get something from the 1960's, I can fix that and not have to take it to the shop.

I see they are around 10 bucks on Ebay, which is not bad for people with money, but I still am pleased I have my well used 1980 book, which must have come out of the school or out of a shop, as it was quite dirty in too many hands paging through it.

Most of you probably had no idea there were such holy grails out there for cars, but there are, and I even picked one up for outboard motor repair long ago. It simply pays to have information on hand if Gaytube goes black.

That is your knowledge today. 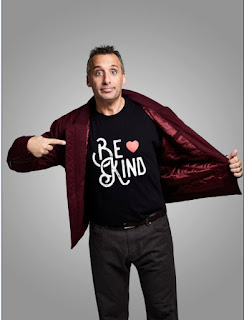