The Peace which Passeth all Donald Trumps 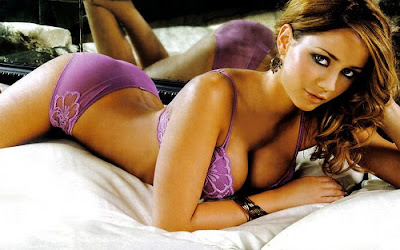 
Early in comedian George Lopez's career, I like the majority of people truly enjoyed his performances. We were worried about him when his organ's failed and his wife agreed to donate a transplant, and were thrilled when he was given life again. It was a beautiful selfless act and George Lopez was the perfect example for that needed group in the medical field.

What has happened to George Lopez though in his reincarnation has just been vile. As someone who is poor, not well most days, struggles and suffers, I just can not understand people so vulnerable that they feel their lives are insecure if Donald Trump is in the White House.

Donald Trump has kept most of the Obama policies in place. He is progressing National Socialism. He is everything that George Lopez cheered under Obama, and yet Lopez acting like an MKULTRA triggered Manchurian spews out that liberals will murder Donald Trump for 40 million dollars as Iran is putting up 80 million dollars.

I never liked Marxist Obama. I worked politically to stop his global rapine, but I never stooped to this Lopez Hollywood tribe rhetoric, as it accomplishes nothing.
One of the worst vermin vitriolists of Hollywood in Chevy Chase early in his career, understood that he could destroy President Gerald Ford by mocking him as clumsy. Chase though would go on to the same Lopez inhumane activities in going after Mel Gibson for being a Catholic, in the infamous SUGAR TITS episode of Law and Order.

It makes me so sad to see George Lopez, who has a second chance at life, a man who others cared about to donate organs, a public who prayed for him, more money than he can ever spend, and his entire world is centered on Donald Trump.


If Donald Trump raises taxes, and he did, while cutting them for George Lopez, George Lopez is not affected by inflation, by the Secret Service showing up on his door, by health insurance costs, by all the things in life people like me are ravaged by. I do not have health insurance. I got through Obama's years by having to document in taking more money than I have, to get a waiver. I am a real American who is under pressure from the Obama Trump invading hordes. My gas bill is up, my grocery bill is up, we can't get things here, because there are so many million more foreigners in America, and the conglomerates are shipping more out of America to China, that poor people like me are being pushed out of existence.

That is why it is so strange to me as Obama actually killed off several of my sick friends and relatives in Obamacare, but now that this has stopped, I never give Obama a thought, and this blog actually castigates Donald Trump for his corporate America policies as I know what matters as it affects me and millions of others, but for the rich like George Lopez, they have no comprehension and instead come up with these Ron Howard idiot statements.


Ron Howard
@RealRonHoward
In the entertainment industry many who have known/worked w/ Trump think that while his reality show was fun and ran a long time, he’s a self-serving, dishonest,morally bankrupt ego maniac who doesn’t care about anything or anyone but his Fame & bank account & is hustling the US

This kind of Ron Howard rhetoric is just ignorant elitism. In debate points it has holes in it, from Donald Trump does care about his family. The President is not self serving, in fact he has lost a fortune, because one day a petty Birther Hussein Obama thought he could humiliate Donald Trump at a press gatherhing, and from that point on, Donald Trump appealed to the powers that be to be the leader who would rip Obama Marxism from the United States.
Donald Trump does care about America, an America that Ron Howard and George Lopez hates, but an America which in Protestant White Christians, produced a profit Treasury now bankrupt which Ron Howard and George Lopez sucked the nipple from as they shoved other talented people out of the way for their life of luxury.

Two people, in Ron Howard and George Lopez, made it big, not from talent, but because they were liberals and rewarded for that by an immoral Hollywood profit structure.  Mr. Lopez was glad to be the Affirmative Action Wetback and Ron Howard relished the Norman Rockwell red haired child which plagued American media as "white privilege" as Hollywood did not want those dark kids around, as the Irish were breeding then, making war money and they wanted red haired Opie.

I have a simple remedy for George Lopez and Ron Howard, and that is for them to donate all America has given them to my blog. It is not making them happy, and all they are focused on is Donald Trump. Hollywood will reward them for hating America, so it is not like they are not going to be millionaires in a few years again. I in turn will pay my bills, invest in my community, and not give a shit what Donald Trump does as I would have more important things to do in focusing on God and caring about others.

The rich donating will not happen, because without money they are nothing. No one will give them a second look.
They will continue on in the walls they hide behind, and instead of fixing their broken souls, rant about Donald Trump, who they hate, because he is the guy who rubs in their faces daily, the fact that he made it, America made him President, and all George and Ron can do is make believe and sit in their little enclaves telling each other how much better they are than the rest of the world.

I would that Ron and George would discover Jesus in reading the Gospel of St. John for the next year, talking at God, until they come to the point of listening to God, and then finding that peace which passeth all Donald Trump's.