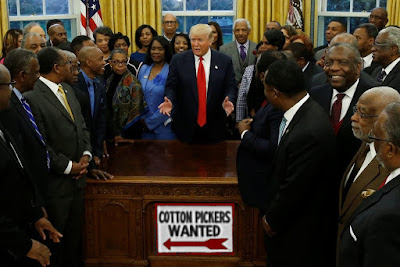 “Game Changer” may be one of the great clichés of our time, but this would actually be one. If even remotely true, Democrats should be having a nervous breakdown. They depend more than ever on African-Americans for success in elections. If Trump were to garner even 18 percent of the black vote, he would easily win in 2020. If he had anything close to the 34 percent, it would be a runaway, a disaster for the Democrats.
Almost equally important and working in tandem is the Kanye West factor. Wildly talented and justifiably one of the most popular entertainers in the world, the rapper has made a sensation wearing a MAGA hat while telling an obvious truth: No group, blacks or anybody else, profits by putting all its political eggs in one party’s basket. That group is setting themselves up for exploitation.

The Lame Cherry honestly hopes for Donald Trump to represent and support the Black American voter group, as this blog was the only one making an issue of the slaughter streets which Barack Hussein Obama left the Black community in.
Blacks in the United States were used by the British Crown to terrorize Colonists. Were used by Southern aristocracy and Jews to enslave them for profits. Were used by Abraham Lincoln to not only terrorize Southern Americans, but to disenfranchise them of their vote and their lands.
From 1865 to 1965, Blacks were under the Republicans and the GOP did not do a thing for these people. From 1965 onward, the Kennedy Johnson welfare state, purchased the Black vote and turned the Christian Black community, into a CIA dope enhanced, political group of Planned Parenthood baby butchering for profit, in managing Blacks to their genocide.
Slavery was not the sin of Americans against Blacks. The sin was from 1965 on, in the organized control and destruction of the Black American community for political and Wall Street purposes.

In that Kayne West has rightfully risen as the Black prophet of his people, attempting to lead them from the Liberal Plantation to the Trump Promised Land. I have written extensively that Trump's policies will bring about a White and Black genocide in the United States, replacing them with the Race Niggers of Islam, Jesuits and Hindi, who are being imported into the United States.

Blacks only chance though is Donald Trump, as the Obama party has embraced these Curry, Taco and Mullah Nigs, and this blog sincerely hopes that Donald Trump will be able upon re election to provide for political and economic future for Blacks who are face the Paddy and Taco ceiling, in they can not advance with the Indians on top and can not find jobs with Mexicans underneath.

The Trump Party though is one of the sodomite patrician in Rick Perry, now attempting to draw in the Southern Evangelicals for their last hoorah by naming Trump as the Chosen One. 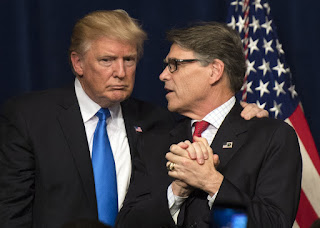 Rick Perry: Donald Trump is ‘The Chosen One’ Sent By God to Lead Us

Joining Perry to bring in the Black vote is Dr. Ben Carson, who has accomplished an admirable job in the Trump Cabinet, and in both Perry and Carson, you are witnessing the exact political creation, this blog predicted in the Trump Party is socialist, it is left wing, it is national, it is Nazi, and the foundation of this Trump Party is Negroids and sodomites. Considering Ivanka wills to run in 2024 to be President, the Trump Party is made up of two dying species as the queer does not reproduce and the Negroid is being leveraged out of existence.

That though is another political drama of the Ivanka Party. 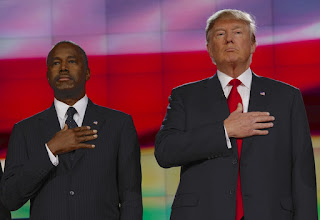 Carson spoke about the time back in 2016, during a GOP debate, when he couldn’t hear his name called and therefore didn’t walk out on stage.
He stayed backstage while all the other candidates just breezed past him — but one person stayed with him. That was Donald Trump.
And Dr. Carson said that showed him the type of man he really was.

None of the Trump Party is American nor Christian. It is the reason Webster Griffin Tarpley stated that the GOP would become a 3rd rate Green party of little consequence by cartel design.

Everything this blog predicted is coming to pass as President Donald Trump in 2020 is creating the same type of mutant Republican Party which did not last, past 1864 AD in the year of our Lord.