A Day in the Life of 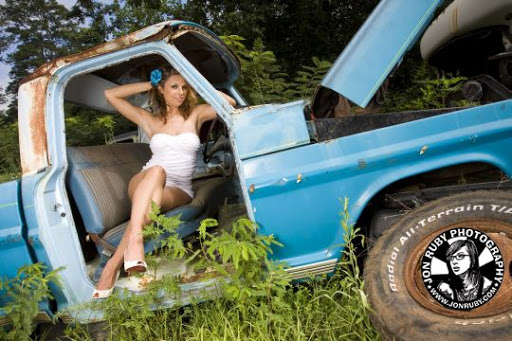 In this world of real shit heads, I'm becoming more and more fond of the Junk Yard Guy's associates, as the ones who are around there are like JYG, in pleasant, considerate and they are never trying to piss on you to mark territory.

So deciding to stock up against the shit of this election, I decided we would stop at the salvage yard, as it was a nice warm day, and it was just fun to wander through and find things, as JYG is always burrowing holes and the piles of stuff he gets in daily is just wonderful. So we were not buying............yeah right.

So we wandered around like 45 minutes and I found a metal snow shovel which TL said to buy, so we wandered back to JYG as I had found an electric stove with a glass front which we wanted for the rammed earth stove as JYG is hard on stuff taking it apart in he is one demolition whiz, so Jimmy was there. I don't know Jimmy from sour owl shit, but he is a really nice old guy, who had his own story.

The story was he and Harlan were driving on a foggy, icy day, and a semi decided to enter the interstate where they were and their little pick up bounded off the duals. As Jimmy said, "It would have taken our heads off if we had gotten under that rig".

So Jimmy, was putting junk yard tires on his old pickup, as he wanted something to drive around in town, until his shoulder got fixed. Yes the two old boys in the wreck, one was put on the ventilator and Jimmy got to stay over night as he put his head through the windshield, broke his nose, and tore the ligaments out of his shoulder, to which he is going down to get pinned in a few weeks.
So what do you do as a one armed gimp, you go take tires off your pickup, switch them and put them back on. JYG is a really good guy in he was doing 90% of the work. He was teaching us how to do the job and showing me his tire changer as he was doing it manually.  He has lots of projects like me, and not all are getting done.

So, I was waiting to pay for the shovel, and Jimmy was doing what he could and JYG was doing most of the work, and we were talking, and JYG was not interested in us leaving so we talked some more, and about this time, a gal drives up and starts dumping off a restaraunt food warmer which was huge, and a washing machine. News to me but washing machines have some change in them. This one had 36 cents and a 22 shell. Jimmy had found the 26 cents and had given it to JYG. Poor man he was not stealing like this poor orphan found 20 cents and gave it to JYG a month ago.
Then another guy drives up and guess what he drops off? An electric stove, with a big glass front, just what I need.

So I ask JYG about it, and he says go right ahead, but I could tighten the lug nuts on the pickup for Jimmy while he got the door off. Yeah it did not come off, he broke the outer trim, and I found it had a lock on it, but I told JYG it gave it more character.
JYG looked at me funny when I actually had tightened up the lug nuts. Is just what people do there........they help each other out.

So I was going to pay and another load of shit arrives. As I stand there I think..........there is allot of good shit on that trailer. The woman wore coke bottle glasses, had no personality, but the guy was a Sturgis biker and he was interesting. We helped him unload.
Said the stuff came from a guy with a 58 inch waist and 30 inch inseam. He had the guys pants and everything else. He said he had lots of brooms but never used them. The AC units he was tossing out were smoking with lint like a dryer.
So as JYG is off helping someone else with a rim, which he charged the guy 20 bucks for, the other couple took off, Harlan the other guy who had the kiss of death on him appeared, and TL and I sorted through the new pile of junk.

I can not find any good brooms on Amazon..............we got 3. I got a charcoal grill too which I always wanted, but I was not paying 65 dollars for a pot to put charcoal in.......got two more grill plates to put the charcoal on, got the oven door. 58 inch also had a Cuisinart toaster, which came home with us. I told JYG that we stayed too long and as he was getting another load of stuff dumped off, we loaded up and headed for home as it was getting dark.

That was like 3 1/2 hours which went by like 15 minutes. Even got to wave at the police as they drove by. It was an eventful day with more nice days to accomplish even more fun projects.

I would rather be around people like that as they are real, and you are never going to have a problem with them. They will look out for you and you know you are one of them when they start doing blow job jokes and Jimmy stands up for you, because you are a woman.