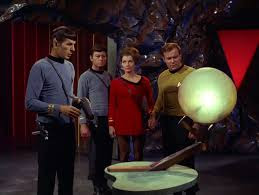 In surfing the headlines on Rense, a pattern has set in which was projected here, and that is forced vaxes will be ordered. This Indian Delta as this blog stated is a farce. It is from the vax and if not from the vax it is harmless to most of the population, unless you ate the feces strain original bioweapon Coronavirus.

The Chinese are not going to release a new bioweapon. As all of this is trending in patterns that the 1% in the Obama USA contracted with Peking to build a bioweapon, to bring about chaos on the world middle class, and terrorize them to get this Synthetic Prion Vax, which is what this agenda is.

When Bidencon is rethinking government measures, this was on the books before this began and the fact is all of this is bringing things to an action point.

I have written of the matrix in what it is. That there are horizon points of impending events, focal points of events which will take place and then there are actions points which are reactions to focal points manifesting.

Peruse the headlines and I will be on the bottom side.

Calls Rise For FDA To Fully Approve Covid 'Vaccines'
Calls From WHOM? The Same Dead Who Often Vote?

Mother Let Her Kids Participate In The Pfizer
'Trials'...Breaks Down Explaining To Senator
Ron Johnson What Kill Shot Did To Her Daughter

There Was/Is NO Pandemic

Yes what is being initiated in this world is totalitarianism. The projections on this will link two event structures. Call one the General Michael Flynn "Not 9 11 event" which is designed to move forward the Domestic Terrorism and AR 15 gun confiscation. That will have to be a violent event structure to forward these anti Constitutional laws.

None of this is stand alone though, as this will meld with the forced vaxing, which is what this agenda's primary directive is. Yes that fiberforming of humans is what is the main focus on this by the 1%. The criminalization of Americans who are of the Obama hated Guns, Bibles and Normals, are also the predominant race of Americans who are not being vaxed.

As this Lame Cherry has projected, the vaxed in males are more chatty and agreeable. The women are more focused and appear aging. The focus on women is to get more vaxed and the focus on the males is being vax drunks they are agreeable to being injected more. Odd structure of this prion, in men smile and women scowl with the same protein toxin.

So the point of this faux Delta is to brain vax these people who will not submit to make them into jelly heads who will respond to 5 G stimulus to believe anything.

Each or you are aware of what kind of a Goddamn tard you are. This process of chemical fluoride to television beta waves to cell phone and social media flash, has wired and programmed a greater percentage of humans. I still question that 160 million Americans were vaxed, but if the number is half or 70% it is the old Parker Dozhier maxim in The Trapper, when it was edited by the fine Tom Krause, in examining animal forensic behavior.

See in a cereal company which is collapsing because Mexicans do not drink milk or eat cereal as this is a White People thing, they have rats. Exterminators use electronics, poisons in waves, and there are still rats which will not respond, so they trap them, and still rats evade the traps. It comes down to it that they hire people to shoot rats with 22 rifles to kill the damned things, because all animals or humans will not response to the same stimuli.

God created mink to travel under a stream, so it is easy to catch them at bridges, The reality is though in nature, that not 100 out of 100 mink will go under a bridge. One to three will cross over the road, thus having the species prevail in reproducing.

It is this percentage of humans, who have been exposed to electronic, peer pressure, sodomite religious deception, education, chemical, sex and whatever in this array and have not turned into whores, dopers, snowflakes or liberals which are that group from January 6th who were set up to be hunted down, not because of any protest, but that group is the group who will not take the vax. This is a genetically unique group carrying a God gene from that original Israelite line, and in other areas a unique resistance to choose survival as Wogs in India are hiding in the forest or taking stick and beating the vax agents of the government. There is a percentage of humans who after a generation of exposure to Tavistock and Standford, refuse to accept the dark gene. This is of course a problem for those who created the false tree and are amplifying it in this transhuman vax for Elon Musk's SatNet phased array illuminating human thought to the zombie state. The problem being unless this group is made to submit and their souls or brains corrupted to darkness, that Creature known as God in Heaven is going to continue to operate through them.

You may remember in your faux Christian .......yes you know you are a pretend Christian in God has nothing to do with you........there was that Person named Jesus Who did all sorts of things tapping into God's Energy. Raising the dead, turning elements of water into wine, molecular amplification of bread to feed thousands and raising Himself from the dead. You have stood around thinking Christians are whipping boys and mock them yourselves as you think God only loves you, but the 1% comprehend completely what God bred in the Patriarch lines, which are Americans, Western Europeans, the targets of this Protestant erasure, in these vessels which have not corrupted themselves are all receivers by their DNA of God. That Almighty God, all powerful, is Willing to arc through all of these Protestant Christians, which is a real threat to this demonic 1% who are immortalized, and they are dealing with Christians Who are offspring of thee Eternal. That trumps the table and you should now have your head pulled out of your ass long enough to comprehend what the Lame Cherry has been warning of for years as you sat on the donations like the hell wards you are.

Eternal Power arcing through the Willing Who submit to that God, in an immortal world of false tree of life prion fiberforming replicants. The Christians are the ultimate frequency in this and it is why this 1% is pressing to short circuit them.