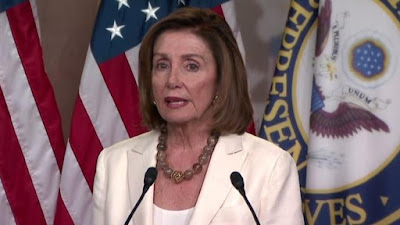 It is a good thing that Joe Biden has appointed a new BATFE kommandant and is going after those Ghost Guns in gun control to deprive them of income from his Mexican Mafia and BLM voters who are the groups enterprising in making guns from their homes, because it appears that Alexandria Ocasio Cortez, traumatized by her encounters with Ted Cruz, AKA Zodiac Killer and being set up for harm by Nancy Pelosi during the Capitol invasion, has gone postal on her own leftists in reporting them to the Capitol Police, who we know are trigger happy in murdering Ashli Babbitt, and when AOC filed a complaint, they promptly dispatched the Kalifornia Highway Patrol.

The Lame Cherry feels it must support the woke movement in not using the racist name California, as it must be racist as White guys chose it as the name, so California is now Kalifornia, but here is a photo of those we love at CHIPS, unless of course you are a leftist who AOC sent them to hunt you down for threatening her. 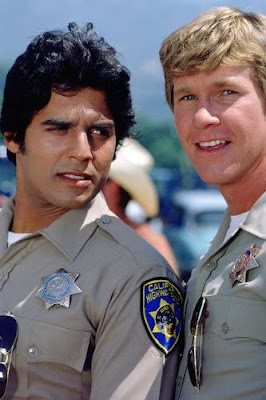 I realize that leftists are cheering that Americans are being hunted down for January 6th and other reasons, but they have not fully realized that .........Cuomo, Newsome and Whitmer are competitors to Biden Harris and are being hunted down now too. Leftists who were praised for threatening to chop of Donald Trump's head like Kathy Griffith or Robert DeNiro threatening to punch Donald Trump in the face, now have a world where they can not threaten the leaders of their own party.

(2/X) I assume this is the tweet they are talking about, where I lightly criticized @AOC for a disappointing answer in response to a question about Palestine/Israel. https://t.co/vNfGcctgsR

I just do not know why everyone does not love AOC, the way we do here, and the way each of the Lame Cherry readers do. She is so pure, virginal, so brilliant, so strong, so brave, so much the complete woman in Congress, that we just must support AOC, in being in Congress with her. Leftists must learn that just like Havana, Tehran, Pyongyang, Moscow, Peking, that you DO NOT QUESTION THE LEADERS, or they report you just like they would a MAGA supporter and next thing you know, all your high ideals are being blinded by the badges of California Highway Patrol, as you wait to be served your take out.

The time is coming, the chips and beer time, in all of those leftists who will be reported to the FBI, by Joe Biden and Kamala Harris, for being upset that Joe Biden is a do nothing fraud who talks allot, signs lots of Executive Orders, but then turns around studies which pipelines he can start pumping oil through again once Hunter gets the Biden share of the terms of the deal.

It does not matter if you are queeralamode, against war and Gayway Pundit champions you for being a fag, as you realize that you do not feel safe in your home, in you very well will be the next occupant of San Quentin for threatening AOC.

Ryan Grim
@ryangrim
A spokesperson for @AOC says they did not report this post to police, and have asked for answers from Capitol Police: "No, not at all. But when we saw his tweets last night about being visited we asked Capitol Police to look into what happened here."

See I knew AOC was innocent and will be looking into this, but what happens when she finds out that she is being set up like the people from MAGA on Janauary 6th as she was set up, and the only people who would benefit to AOC having political trouble would be Joe Biden, Kamala Harris and Nancy Pelosi, and gee whiz who has the Kalifornia connnections but Nancy Pelosi and Kamala Harris, who would benefit from slapping down AOC as you know she will be President and will unseat Kamala. Yes add AOC to the Cuomo, Newsome and Whitmer list of political enemies of Bidencon.

And add the leftists who do leftist things and are praised in doing it to MAGA, but when they start doing things to the left, they are going to have the same dangerous crutches and batons, in their dangerous keyboards, which will have the police state rattling their cages.

So the anti war troll understands, his name is now on a list. Does not matter what he did not do, as he is on a list. That list has a few stages in it, and the Secret Service gets that list and checks that list, every time Kalifornian Kamala Harris goes to Kalifornia or Joe Biden looks in that direction. The Secret Service will run that name, and if you are expendable like Ashli Babbitt, you will now be reported again, and that means for air travel and all things, and that elevates you to a higher priority where the Secret Service checks on you and rechecks on you every time something presidential comes near your state.

It is wonderful for leftists when they unleash the police state on Americans, but the left in power has just revealed that it is in the process of turning the police state loose on every leftist who does not bow like Obama to their every word.

You do not get to question the comrades in charge. You get to praise and adore them. That is all. Enjoy what you helped steal the 2020 elections my leftist pets, as judgment is coming, without warrant, without trial, without judge, without jury. You have thee Obama surveillance on your every word and the Bush Patriot Act which Obama Biden just loved.

Enjoy it my leftist pets as this is targeting you and it is coming for you in full force.