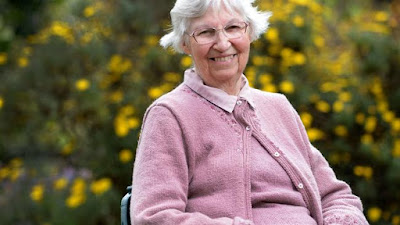 Tucker Carlson is asking a question which is not being asked and that is why is Pedo Joe and his DIA CIA caste fomenting a war with the sovereign nation of Russia, a war which has been attempted to be ignited since that daff General Wesley Clark attempted to blow up Russian Soldiers in the Balkans during Bill and Hillary Clintons Muslim war in Kosovo.

You should watch the segment as it is detailed. The details are that when President Donald Trump attempted to get troops out of Afghanistan, the New York Times for the CIA broke a story that the Russians were putting bounties on American Soldiers in Afghanistan.

Adam Schiff assured the world that intelligence just does not show up in Presidential Briefings if it were not true.........

The problem is, it was another bald face lie from thee American intelligence and police state agencies which manipulated foreign policy, weakened Donald Trump, and put the United States on the end of receiving nuclear warheads from Russia. In the same way that Joe Biden has just announced that the United States is not just sanctioning Russia which has thousands of nuclear missiles pointed at America, and numbers of them are in submarines parked off both Americans coasts with a fly  time of seven minutes to metropolitan cities, and that the United States WILL BACK ENEMIES OF RUSSIA FOR A WAR WITH RUSSIA.

Joe Biden just declared war on nuclear armed Russia, on the same fake news stories of Bounties on Americans in that bizarre hacking story of American computer systems, which used a back door coded from INSIDE AN AMERICAN COMPUTER SECURITY COMPANY which Russia did not have access to.

I can tell you why the 1% did not want American troops out of Afghanistan.

For those who require an Memory Alpha, decades ago, the Taliban, you know those Turban Head Muslims of Asia, overthrew the Soviet communists in Afghanistan with Ronald Reagan's help. The Taliban were very bad for business, London Banking Business, as Afghanistan produce opium, and the Taliban shut down production.

Enter George W. Bush, and opium production began again. Exist W Bush and enter  the British in Prince Harry, and suddenly all that was success from America, became Taliban problems reborn, and what went along with this, but record production of opium again flowing into Europe along with all the profits as the CIA counted change, like the CIA counted oil dollars in Obama created ISIS, which was nothing but Kurds in convoys of trucks, stealing oil out of Syria and Iraq, and shipping it into Turkey, where Obama was funneling Libyan weapons to start a war with Syria as Jordan trained the Obama ISIS fighters, as the money flowed into RNC and DNC coffers for election stealing.

So Donald Trump was working out a peace deal, but you can't have peace, as peace means..........the Taliban blowing up statues and killing off opium production. Got to keep the poppy flowing and that sap is what this is all about, and why we are now pulling out of Biden Obama Afnamistan, because the deal is to hire, WITH YOUR MONEY, almost twenty thousand mercenaries, former US troops to protect the poppy crop from the Taliban herbicide sprayers.

The Lame Cherry is going to whisper something to you, in what Ukraine is, to Joe Biden, image Obama and why that round table 1% is most interested in control of Ukraine.

Estimating the Flow of Illegal Drugs Through Ukraine - New OJP ...

Africa as a heroin trafficking hub is almost certainly due to ongoing corruption ... reported along drug trafficking routes to Ukraine are negli- gible; furthermore, it ...

As you probably missed this, as Pedo Joe was starting a war with Russia, the Russians hit back with the most devastating economic reprisals available and that was hindering Black Sea access to Ukraine. Yes this is precautionary about no more NATO warships appearing and shiploads of arms, but this is about shutting down the massive shipments of opium flowing into Ukraine from Afghanistan. Shutting down opium, hits the London Banking at their most vulnerable as a new pipeline will have to be established to deal with this increased load.

Russia to close parts of Black Sea near Crimea for six months ...

2 days ago ... Ukraine and the EU condemn Russia's decision to restrict the ... ships in parts of the Black Sea until October, according to a Russian news agency, ... This modal can be closed by pressing the Escape key or activating the close button. ... to Hurzuf, and a “rectangle” off the Kerch peninsula near the Opuksky ...

Russia has been a problem for the 1% in Mr. Putin took back Russian oil from the Bush41 and Queen Liz plunderers. Then Mr. Putin stopped Russian children from being smuggled out to the pedophile rings. Then Mr. Putin shut down the homosexual legalization, which is a platform for legalizing child rape in Russia. The 1% views Russia as Hitler and Napoleon did, a vast landscape of slaves and resources to build world control over. Russia was acceptable as the Jacob Schiff communist state to make fortunes off of American taxpayers, but Russia is not allowing itself to be plundered. In fact, Russia broke the DeBeers diamond mine monopoly of the round table, and they did it so well with high grace manmade diamonds at the top end and the tons of diamonds in Russian mines.

What Pedo Joe Biden does not get, no more than the FBI's Christopher Wray, is that the 1% deem them expendable as they are. The 1% has their own leaders, has their own security, so once this hunting down of Americans is completed and once these WMD wars are begun which are designed to obliterate America, Russia, China, the Mideast and eastern Europe, the immortals will just get rid of these American whores who have ideas of their own, and put into place their own fiberforms who will do as they are told.

I mean if you are the 1%, would you want to leave like 2 million armed FBI agents, who hunt down their own people with relish, as 2 million armed agents would evolve into thinking that they could rule as good as who was giving orders, and just like Lucifer with the fallen angels, the 1% would have a war on their hands in trying to be supplanted. Once you comprehend the reality, of course the 1% is not going to leave these traitors in place, but will remove them, as they betrayed their own people, so they have proven they have zero loyalty and they will go to any extreme to win, as they are starting nuclear wars with Russia, China and Iran, which is heinous and when they will do that, they would drop the bombs on the 1% too in a power grab.

So you understand the working of this, you now have the above explanation, but this is about Pedo Joe and his atomic penis trying to shove it up Putin's and Xi's ass, and he is getting it done. Do not be flat world in this, in thinking only Russia and China are having events propelling them forward. The United States is about to enter into a second quarter phase which is designed to be the real game changer in America. No one knows it............well that is not correct as I know it by Inspiration, but the majority have no idea that we have already been put into the Olympic bobsled and have been shoved down the slide. We are already on the downhill and there is not going to be a way to stop any of this until it hits the bottom as events will pile onto events and events will speed up.

If the time line I observed in the matrix is correct, you will be stunned by what happens in the next few months, and you will not recognize the world after the 2022 AD in the year of our Lord elections.

Oh..........do not be replacing your Virgin Mary statue with Tucker Carlson as you do remember he was best friends with Hunter Biden. He is there because he is blowing off the steam on the right wing, to keep the pressure in check.

OK, that's enough of this, as what do you think, I have some millionaire sponsors who make big donations like rich Jews ministering to Jesus needs? No they just worship themselves and preen for publicity in how generous they are.

Oh and stay the hell away from Catholics as the Faithful are going to find the Bible is true about the outcome of the Scarlet Whore sitting on the Beast.