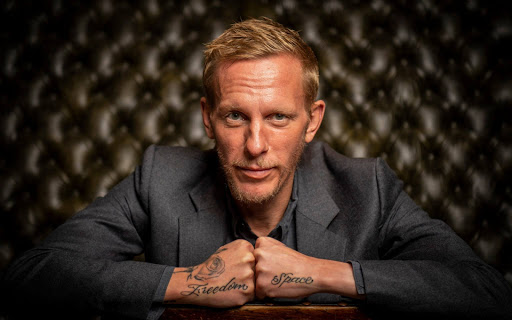 It's my Union, Jack!

My favorite British actor is Laurence Fox, and he is soon to be my favorite London Mayor, soon to be my favorite British Prime Minister and as America has installed two Wog British carpetbaggers in Birther Hussein Obama and Kamala the Ho Harris into presidential power, and is allowing that ex royal asshole duo of Harry and the Quadroon to stay in America tax free, I say it is time America installs a real leader, like Oliver Cromwell, who liked chopping people's heads off who were causing anarchy.

Laurence Fox is running for London Mayor, and his platform is NO MASK MANDATE and he is returning the city to something the English have not had since Randolph Churchill reformed the Tories into a party of the People.

Mr. Fox has begun the Reclaim Party to reclaim English Freedom, and if England can survive and stop trying to start war with Russia and China and have America die for the crown, Mr. Fox is the future of the Anglo Saxon People.

I have delighted in Mr. Fox, as the replacement for the wonderful John Thaw in Inspector Morse. No he did not play Morse, but when it became Inspector Lewis, he was fantastic. He was fantastic in Victoria the PBS series too which as liberals always do, is kill a good series.

Mr. Fox praised Texas Americans for getting rid of the masks, and opening baseball games. The Reclaim Party is what Margaret Thatcher espoused and if there is one man for this era, it is Mr. Fox as Prime Minister, instead of the frauds which have ruled the English into oblivion.

Laurence Fox is an endangered specie, he is the last of the man in Englishman, which have been slaughtered off in two world wars and replaced by Muslim tanskins. If he wins, the English will continue as a race. If not, England is doomed to be fodder when Russia and Wormwood cleanses the sons of Ephraim from the planet.