Million Dollar Fine and 3 Years in Prison for being Canadian 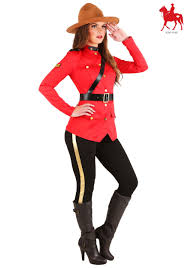 If America had a leader like Laurence Fox who is running for Mayor of London, America would declare war on Canada and rescue Canadians held in concentration camps, where they are being starved and raped under Covid Rules laid down by Justin Trudeau.

Trudeau has levied a million dollar fine and 3 years in prison for being a Canadian who traveled and has Covid and does not agree to be confined in prison.

Canadians have been deprived of their rights. Their right to firearms, their right to free speech, and now their right to LIFE by Justin Trudeau. Canada is now one of the most repressive regimes on the planet. The English will not rescue their Canadians, and apparently no one else will send in the troops to save Canadians, as Canadians can not save themselves as their Canadian polite is politely genociding them to death. Canada is one big Adolf Hitler slave labor camp, complete with importing 800,000 more foreign slaves, who will not be tested for Covid but will be released with their TB to infect others, just the way Hudson Bay infected all the Indians so they died trapping fur for them.

Trudeau is importing even more slaves in the next two years in that shambles of a nation.

The Lame Cherry is a Continentalist, but sees promise in the Reclaim Party of Laurence Fox, as in America the GOP is socialist order for corporations. A force must advocate that the next real elected leader of America, produces a platform to declare war on Canada and annex the rightful lands there to rescue the Canadians and American immigrants there, as Justin Trudeau is the Himmler of this age, as Anthony Fauci and Joe Biden attempt to make America into a Soviet gulag.

The Lame Cherry will advocate for the new American policy to invade Canada and liberate Canadians from their concentration camps. It is time to free Canada and send the Goddamn Mexicans back across the Rio Grande.