The Obama Ambrosia of Coronavirus 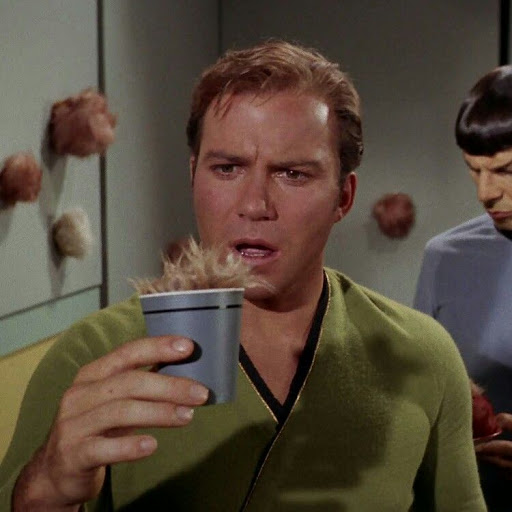 Spock I have shit a tribble!

I believe the 1% funded via Obama / Fauci the Wuhan lab, and coordinated the creation, spread and propaganda of this first strike weapon. I believe that China's version was replaced, and they agreed to a deal to be plague coyotes with the promise of international domination for the 1%.

What ever happened to the dead in the Streets.

I also believe this weaponized virus has more uses than what we see unfolding. This is not one dimensional or ten dimensions, this virus was put into play to generate scenarios of control which no one will figure out until the trap is sprung.

One such revelation has been my experience, in my many experiences with this biological weapon in both being hosed down with it and dealing with the variants. I know there is more than the L and S strain which started this in the deadly strain and the strain which inoculates.

Personally, I have beginning the first week of September, a severe intestinal reaction. I had severe backaches, gas, and diarrhea. This was dealt with in using tonic water, vodka and zinc. The first round it knocked it out and I did not have immunity, so I got a second bout, and let it run it's course which was five days.

Then something happened in February in a new strain appeared. It was odd in I felt like I could not catch a cold as one tried to set in, but I had the same intestinal issues. It came and it went. I thought I was getting better, and then a relapse would take place. I was on tonic water for a month, and I kept having problems, in which I had maybe 5 good days.

During this time I had bouts of fever and chills, which is always fun in 20 below weather and having to tend a fire to keep the house warm, cut wood and manage things.

It was during this period that something started formulating in my understanding of this bioweapon.  I have mentioned my suspicions, in this is linked to Bill Gates frankenmeats and Erica Khan mentioned something about proteins this past week on Rense which makes me conclude my suspicions are right.

I have noticed that certain proteins I'm not digesting or my body is rejecting. I'm hungry a great deal of the time, and yet I eat, but my body is telling me I'm starving and this is that bioweapon in my intestines blocking food or telling my body that the amino acids there are not food, the proteins are converting proteins to a non recognized food source.

My body reacts to this in trying to get rid of it like a flu. Beans and peanuts, and I will assume legumes are being blocked. That would be a bitch for vegans and most of the world which has only access to those non meat proteins.
I seem to have recognition problems with some types of dairy. Milk and cream a problem, cheese not so much.
Carbohydrates in oats are not a problem. Readily accessible as sourdough, more of a problem.

It seems that meat, animal meat is recognized yet as food, that would play into Bill Gates frankenmeats grown into a test tube.

What appears a real purge are vegetable oils. Olive oil is not as much of a problem, but the fatty saturated oils of corn etc... really set the intestines off.

Granted I have had intestinal sensitivities since childhood, while TL handles this all better, but while everyone is focused on what the Lame Cherry exposed in matter anti matter exclusives in anti virals being peddled to keep people alive, how much more for your daily frankenmeats would people submit. In a world full of food, what happens if the only ambrosia you can eat comes from a Bill Gates test tube ranch.

This poor orphan girl is telling you things you have not thought of.