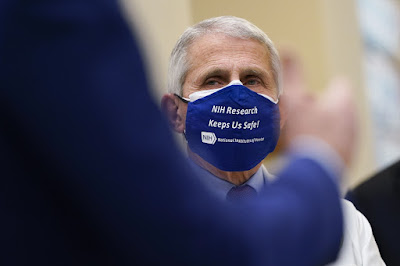 Resistance is futile, soon you will all be like me.....

Max Egan was examining the Covid Masks and found something which is alarming. Under a cyber microscope he magnified face masks, and found black fibers in them, which when he breathed on them with moist air, the fibers move. The examination of this is, that the worms move and then return to their original position. Logically some of these fibers should cling to to mask fibers and not return at least part of the time. All of these worms returned to original state.

Jeff Rense first exposed this in a nurse took apart the Covid test kits and there were black nano particles in those swabs too, which were going up people's brains and embedding in the sinus bone next to the brain.

Mr Egan in the last minutes of the video opens a new mask, and finds another fiber, and when he breathed on it, it continued to move. Once activated by human breath, which his heat and moisture this worm kept moving to find the source.

I recalled that the American needle grass, you will recall that phrase of not finding a needle in a haystack, and that is needle grass, a tall purplish brown grass which has a seed with a sharp point on it, and with a long tail, which when moisture activated it will burrow itself into the ground, in self planting.

That is what these nano fibers react like. They are embedded in the masks, and you can not see them, and the more a wetware breathes on them, the more active they become. Meaning, they free themselves from the mask surfaced and in your huffing and puffing go right up your nose, embed in your mouth, your throat, your lungs, your digestive track. All are the non blood barriers or blood is available for the movement of particles, which is why you hold Colloidal Silver under your tongue.

These nano particles and grass seeds are made to embed when moisture activated.

Apr 27, 2013 ... This is the seed of Erodium cicutarium (stork's bill or filaree) which upon having contact with water will bore or drill itself into the ground in order ...

The Lame Cherry theorizes that these fibers are different levels of activation. There are those which are quick activated and others which require more heat and moisture, which is logical in implanting these things into your nose, brain or lungs in more than one location. This is a multi embedding platform and this is what the WHO, CDC and NIH have been pushing, with multiple masks being worn, which concludes in the first masks they were not getting the infection rate.

At the 23 minute mark there is even a creepier, snake like head which seeks the moist breath. None of this is by chance, as they were promoting Covid years before it appeared. So these masks and their mandatory use was part of this programme. This all appears of the Morgollons category which afflicted numbers of people who were smeared as being nuts. Those appear to have been test cases for what is in these masks and swabs.

As the 1% wants what these things are inside of people in this way, it means they will either replicate or they are carriers for something else in microscopic DNA. Someone knows but has not talked yet, and as this information becomes more known, there will be a false data release to cover up what is really behind this.