The Pouring of Oil 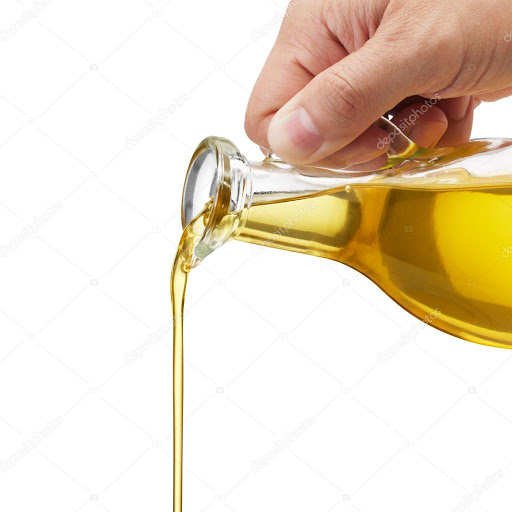 An Icelander cometh to rule the 10 tribes, until Shiloh come.

18  Saul approached Samuel in the gateway and asked, "Would you please tell me where the seer's house is?" 19  "I am the seer," Samuel replied. "Go up ahead of me to the high place, for today you are to eat with me, and in the morning I will send you on your way and will tell you all that is in your heart. 20  As for the donkeys you lost three days ago, do not worry about them; they have been found. And to whom is all the desire of Israel turned, if not to you and your whole family line?" 21  Saul answered, "But am I not a Benjamite, from the smallest tribe of Israel, and is not my clan the least of all the clans of the tribe of Benjamin? Why do you say such a thing to me?" 22  Then Samuel brought Saul and his servant into the hall and seated them at the head of those who were invited-about thirty in number. 23  Samuel said to the cook, "Bring the piece of meat I gave you, the one I told you to lay aside." 24  So the cook took up the thigh with what was on it and set it in front of Saul. Samuel said, "Here is what has been kept for you. Eat, because it was set aside for you for this occasion from the time I said, 'I have invited guests.' " And Saul dined with Samuel that day. 25  After they came down from the high place to the town, Samuel talked with Saul on the roof of his house. 26  They rose about daybreak, and Samuel called to Saul on the roof, "Get ready, and I will send you on your way." When Saul got ready, he and Samuel went outside together. 27  As they were going down to the edge of the town, Samuel said to Saul, "Tell the servant to go on ahead of us"-and the servant did so-"but you stay here for a while, so that I may give you a message from God."

10 1  Then Samuel took a flask of olive oil and poured it on Saul's head and kissed him, saying, "Has not the Lord anointed you ruler over his inheritance?[1] 2  When you leave me today, you will meet two men near Rachel's tomb, at Zelzah on the border of Benjamin. They will say to you, 'The donkeys you set out to look for have been found. And now your father has stopped thinking about them and is worried about you. He is asking, "What shall I do about my son?" ' 3  "Then you will go on from there until you reach the great tree of Tabor. Three men going up to worship God at Bethel will meet you there. One will be carrying three young goats, another three loaves of bread, and another a skin of wine. 4  They will greet you and offer you two loaves of bread, which you will accept from them. 5  "After that you will go to Gibeah of God, where there is a Philistine outpost. As you approach the town, you will meet a procession of prophets coming down from the high place with lyres, timbrels, pipes and harps being played before them, and they will be prophesying. 6  The Spirit of the Lord will come powerfully upon you, and you will prophesy with them; and you will be changed into a different person. 7  Once these signs are fulfilled, do whatever your hand finds to do, for God is with you. 8  "Go down ahead of me to Gilgal. I will surely come down to you to sacrifice burnt offerings and fellowship offerings, but you must wait seven days until I come to you and tell you what you are to do."

9  As Saul turned to leave Samuel, God changed Saul's heart, and all these signs were fulfilled that day. 10  When he and his servant arrived at Gibeah, a procession of prophets met him; the Spirit of God came powerfully upon him, and he joined in their prophesying. 11  When all those who had formerly known him saw him prophesying with the prophets, they asked each other, "What is this that has happened to the son of Kish? Is Saul also among the prophets?" 12  A man who lived there answered, "And who is their father?" So it became a saying: "Is Saul also among the prophets?" 13  After Saul stopped prophesying, he went to the high place. 14  Now Saul's uncle asked him and his servant, "Where have you been?" "Looking for the donkeys," he said. "But when we saw they were not to be found, we went to Samuel." 15  Saul's uncle said, "Tell me what Samuel said to you." 16  Saul replied, "He assured us that the donkeys had been found." But he did not tell his uncle what Samuel had said about the kingship.

17  Samuel summoned the people of Israel to the Lord at Mizpah 18  and said to them, "This is what the Lord, the God of Israel, says: 'I brought Israel up out of Egypt, and I delivered you from the power of Egypt and all the kingdoms that oppressed you.' 19  But you have now rejected your God, who saves you out of all your disasters and calamities. And you have said, 'No, appoint a king over us.' So now present yourselves before the Lord by your tribes and clans." 20  When Samuel had all Israel come forward by tribes, the tribe of Benjamin was taken by lot. 21  Then he brought forward the tribe of Benjamin, clan by clan, and Matri's clan was taken. Finally Saul son of Kish was taken. But when they looked for him, he was not to be found. 22  So they inquired further of the Lord, "Has the man come here yet?" And the Lord said, "Yes, he has hidden himself among the supplies." 23  They ran and brought him out, and as he stood among the people he was a head taller than any of the others. 24  Samuel said to all the people, "Do you see the man the Lord has chosen? There is no one like him among all the people." Then the people shouted, "Long live the king!" 25  Samuel explained to the people the rights and duties of kingship. He wrote them down on a scroll and deposited it before the Lord. Then Samuel dismissed the people to go to their own homes. 26  Saul also went to his home in Gibeah, accompanied by valiant men whose hearts God had touched. 27  But some scoundrels said, "How can this fellow save us?" They despised him and brought him no gifts. But Saul kept silent.

11 1  Nahash[1] the Ammonite went up and besieged Jabesh Gilead. And all the men of Jabesh said to him, "Make a treaty with us, and we will be subject to you." 2  But Nahash the Ammonite replied, "I will make a treaty with you only on the condition that I gouge out the right eye of every one of you and so bring disgrace on all Israel." 3  The elders of Jabesh said to him, "Give us seven days so we can send messengers throughout Israel; if no one comes to rescue us, we will surrender to you." 4  When the messengers came to Gibeah of Saul and reported these terms to the people, they all wept aloud.

5  Just then Saul was returning from the fields, behind his oxen, and he asked, "What is wrong with everyone? Why are they weeping?" Then they repeated to him what the men of Jabesh had said. 6  When Saul heard their words, the Spirit of God came powerfully upon him, and he burned with anger. 7  He took a pair of oxen, cut them into pieces, and sent the pieces by messengers throughout Israel, proclaiming, "This is what will be done to the oxen of anyone who does not follow Saul and Samuel." Then the terror of the Lord fell on the people, and they came out together as one. 8  When Saul mustered them at Bezek, the men of Israel numbered three hundred thousand and those of Judah thirty thousand. 9  They told the messengers who had come, "Say to the men of Jabesh Gilead, 'By the time the sun is hot tomorrow, you will be rescued.' " When the messengers went and reported this to the men of Jabesh, they were elated. 10  They said to the Ammonites, "Tomorrow we will surrender to you, and you can do to us whatever you like." 11  The next day Saul separated his men into three divisions; during the last watch of the night they broke into the camp of the Ammonites and slaughtered them until the heat of the day. Those who survived were scattered, so that no two of them were left together.

12  The people then said to Samuel, "Who was it that asked, 'Shall Saul reign over us?' Turn these men over to us so that we may put them to death." 13  But Saul said, "No one will be put to death today, for this day the Lord has rescued Israel." 14  Then Samuel said to the people, "Come, let us go to Gilgal and there renew the kingship." 15  So all the people went to Gilgal and made Saul king in the presence of the Lord. There they sacrificed fellowship offerings before the Lord, and Saul and all the Israelites held a great celebration.

God save His Remnant in the Contenders with God.