The Synthetic Cancer of the Vax 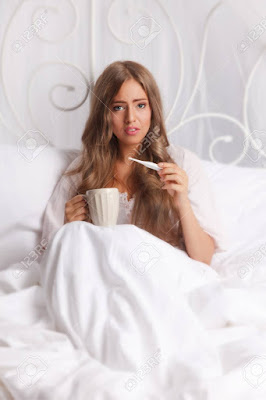 Jeff Rense has engaged as the leading edge of the fraud of the Coronavirus plague, while being a model of Christian care in taking care of one of the fringe pioneers in Jordan Maxwell.  Mr. Rense's work has been exemplary in cataloging data and alerting the first signs in what this vax is about.

The fact is this vax suppressed mRNA protections in the body, which stop cancers. Women have been heinously targeted in this, bleeding from the womb and forming quasi breast cancer tumors. The very protections God installed in the human body are being turned off after those antigen systems have been overloaded to cytokine storms.

America and the world is being deliberately divided into ReVaxNiks, the brave people who are refusing to be injected with this biological poison, led by this synthetic prion as a biological weapon, and the Vax Lepers who believed their Pied Pedo Pipers that the vax would bring liberty, but there are facts involved in this which this vax does which can not be ignored.

This vax places in the body a super charged spike protein which has shown phenomenal replication traits. It spread through the body in blood clots and muscle clots within hours. There is not any natural barrier to this, the blood brain barrier, is wide open to this vax synthetic prion.

We have reached the point now that people are developing synthetic cancers.

India is now in the death throws of the vax. People are dying from the vax, not the virus. India is in process at this moment in having 1/10th of their population incapacitated or dead in the next 14 months.

Dr. Judy Mikovits has pioneered this education. There are now confirmed from the CDC that 320,000 adverse events from this vax in the United States. Those are the reality numbers of this vax,
If you received a flu shot in 2019 AD in the year of our Lord, you are 36% more likely to develop COVID 19 illnesses. That is why this switched from Coronavirus Wuhan and was named Covid, because like HIV, Covid is the syndrome.

Dr. Mikovits states that this virus was spread in the most deadly ways, but vaccines for yearly flu shots. This is who the hot spots were created, in Italy. This was a Fauci led plandemic as the name was coined.

This is now a pathogen. The mRNA is replicating inside the vaxed, and it is part of the shedding, not just the synthetic prion. The mRNA is being expelled and infecting people.

The Doctor advocates getting out of the masks and into the sunshine. Vitamin D and Vitamin C are relevant to assisting the body to fight this off. I will repeat here something I mentioned and I just inquired on in typing this. This mRNA and synthetic prion is not viable. It's ability to survive outside the host is under 30 minutes. It is like rabies in it is transmitted by live contact. Yes it is in saliva and fluids, but it is primarily in vomit, blood in menstrual cycles and human shit. The Vax Lepers are making bathrooms hot zones of transmission. This is what inquiry points to. This is a Lame Cherry exclusive in matter anti matter. Sick people in public toilets are not clean. They have this all over their hands, are touching faucets, toilet handles, door handles, and this is where people are getting vax attacked.

The vax kills, harms and the vax causes spreaders. This vax is like all these other vaccines which carried in them animal viral agents, which developed cancer. What is taking place is every person has weaknesses in their DNA, and if exposed, the DNA will develop that cancer or specific disease. This vax is not singular, but broad spectrum. It will quickly affect some, it will manifest later in others, and each group will be have a "COVID", yes a disease syndrome, which will be blamed on the virus, but it is the synthetic prion and the nano particles which are causing this, transformation of humans. This is not designed to exterminate everyone. It is designed to produce a survivor slave class, held hostage to a series of life support of pharms, if you are not of the immortals.

I have one last comment from Dr. Mikovits. She states that Chloroquine is still the treatment. I have not inquired on this. We have just started this, this vax is the beginning and my estimate is that in May when the next set of dominoes begin falling, this is going to change the world you thought you knew forever.

I do not pray for God to stop this. I pray for Christ to return to institute His rule.