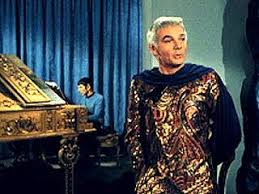 The issue is the vax and the platform it provides.

5G is harfmul to humans. It destroys tissue. To phase array an entire planet would bring about harm to the human population.

This is then an issue of projections. How does one stop harm to humans as there is a billions of dollar investment in this phase array, unless the point is to kill off all humans, but then the 1% are human and can not hide from phased array.

The solution would be to provide a platform, such as a vax, in which could be built off of this platform, a human tissue which would actually be responsive to 5G, actually be enhanced by this high frequency which destroys other tissues.

The masks from China have been discovered to have fibers which react to heat and moisture. These fibers appear to be an advanced Morgellon's type platform. This Lame Chery upon inquiry into the matrix has published the findings, that these fibers are designed as carriers to join or feed off of the synthetic prion of the vax. The projection being, a borg type perpetual tissue. This tissue is a synthetic which will not be harmed by high frequency transmissions, meant to create a collective mind. Elon Musk has been featuring his chimp brain playing games. This is the interphase which is the basis of this, one central mainframe, collecting the minds of all to focus on the collective.

Your one pea brain may not be able to move mountains, but the necessity of several billion minds, with their electro magentic pulse minds, will become a godlike production.

This is the conclusion of this analysis. It is separate events, but woven together form a pattern, and there is a reason all these events are appearing  at the same time, and why Dr. Fauci is demanding children be injected, as a deadline is taking place, as this 5G and global interphase is coming due in the next year.

This fiberformng of the human species will advance it, whether people want to become perpetuals or not. These immortal bodies will be an advanced humanity. What is the question in this is, what will all animal life be affected by these hyper electronics? Or is it a matter if one is away from these short distance 5G transmissions, they will be unaffected, unless of course they have in them the knitting structure of the fibers taking over their bodies.

It is deemed a projection and conclusion that MERCK in producing massive quantities of anti virals, are not for Covid infections, but for the downtime in the vaxes which in turn meld with the fiber worms, knitting new human bodies which are perpetual.

The Lame Cherry always is Biblical and ponders if the new bodies will have synthetic cancers which will develop sores. Inquiry stated this was a form of control of the masses, as you will not die, but just rot as an immortal. These sores are Biblical, as are people seeking death in the last days and not being able to die, and the fact that David John Oates of Australia in reverse speech, caught his Prime Minister speaking of scabs in connection with the Covid. As no one has scabs, that scab is connected to the vax and as only bloodclots are appearing, these scabs are a known future tense, which the 1% is aware of.

The conclusion is humanity is being evolved artificially, on demon based technology which is unproven, which is designed to thwart the God Plan of Regeneration connected with God. People with fiberform will not need God as the Pater Pope says you do not need Jesus, as you can become vax immortal. The problem is in this that dying is a blessing when things go wrong. What happens when you get a synthetic cancer and long to die, and you can not because your body can not longer be killed? That will be perpetual rot, and the fact is satan is a liar, and a murderer. Anyone who would trust this kind of advancement which is competing with the Consuming Flame of the Holy Ghost, is an ignorance which is fraught with harm.

As you get sick enough along with all humanity in a regular biological body, the odds are like these vaxes in bloodclots and other diseases appearing that some scab will evolve in an immortal sickness.

The work in examining these features in trends, projections and conclusions will continue.