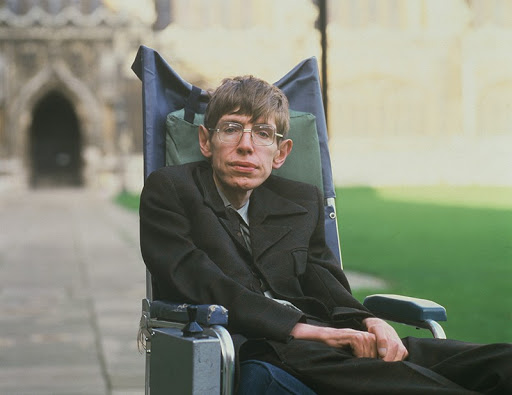 This is especially concerning since the Pfizer vaccine is an mRNA vaccine, an untested type of vaccine which creates new proteins and can actually integrate into the human genome, according to a report from the National Library of Medicine.

When the Lame Cherry (researching a link off of Rense.com in a paper issued by Dr. Classen, a microbiologist) projected his findings that what the vax was, was a carrier for what is termed a spike protein, but in reality is a synthetic prion, another Lame Cherry exclusive in matter and anti matter was born.

As others have caught up with this reality, the people warning of this in Dr. Mikovits and Dr. Tennpenney, have all now listed exactly the condition of the human brain being turned into a sponge as these prions hollow out the brain.

A paper from the National Library of Medicine has been published and is projecting the same findings in the Pfizer vax will produce neurological or more to the point, this vax will produce conditions which can not be reversed as the brain deteriorates, that mental and your ability to control your limb movements will occur.

The National Library of Medicine is not some fringe group set up in a basement. This is your taxpayer funded biological repository of science and it is the largest in the world. Even Fauci's ghouls advocate for the NLM.

The National Library of Medicine (NLM), on the NIH campus in Bethesda, Maryland, is the world's largest biomedical library and the developer of electronic ...

The National Library of Medicine is the world's largest biomedical library and a leader in research in computational health informatics. NLM plays a pivotal role in ...

The NLM uses the term BIOWEAPON as it could be used in that form. We are forming a list of deadly conditions from blood clots, blood platelet disappearance, womb bleeding, cancer like tumors in women's breasts, and degenerative brain conditions.
The best example is, that people will look like Stephen Hawking, but as most people are not millionaire props for anti God, you know how the masses will be treated, as this will end medical care, as if over 1/3rd of the population is incapacitated, no one will be left to pay the bills or provide care.

It must be remembered in this too, that this prion is showing up in people shedding it. It is going beyond the vax to people who had the vax are now bioweapon spreaders.

“In this paper the Pfizer COVID-19 vaccine was evaluated for the potential to induce prion-based disease in vaccine recipients.”

“The RNA sequence of the vaccine as well as the spike protein target interaction were analyzed for the potential to convert intracellular RNA binding proteins TAR DNA binding protein (TDP-43) and Fused in Sarcoma (FUS) into their pathologic prion conformations,” explains the report. TDP-43 is a protein known to cause dementia, ALS and even Alzheimer’s, according to Alzpedia. Similarly, the FUS protein is known to cause ALS and Hereditary Essential Tremors, according to the Human Genome Database.

“The enclosed finding as well as additional potential risks leads the author to believe that regulatory approval of the RNA based vaccines for SARS-CoV-2 was premature and that the vaccine may cause much more harm than benefit.” The report itself ends with this warning: “The vaccine could be a bioweapon and even more dangerous than the original infection.”

You will receive the facts here. I use Mad Cow as the basis for the time line in this, and you can read the quote that from onset, people are dead in 14 months. That time line produces a death projection beginning sometime in March of 2022 AD in the year of our Lord in terminal conditions manifesting.

Patients with vCJD have prominent psychiatric (frequently depression, anxiety and withdrawal) or sensory symptoms and delayed onset of neurologic abnormalities, including ataxia within weeks or months, and dementia and myoclonus late in the illness. The disease always progresses to death. Disease duration is 14 months on average. vCJD tends to affect younger individuals, with an average age of onset of around 28 years, compared to sporadic CJD, which tends to affect middle-aged and elderly individuals.

Maggie was asking me about all of this and I provided a time line which I will repeat here. ALL of these diseases which have been killing people for profit for generations, are all part of this weaponized system which is focused on this vax in transhumans or fiberforms.

Cancer was the original test, as it took a natural disease which was rare, and by adding animal based vaccines so the human body would not recognize it, spread cancers to test the ability of cell regeneration.

Lyme dealt with the spirochettes or the prions for embedding infections and hiding inside human tissue. Lyme was not all tick spread in that release.

The various SARS releases were testing spreading platforms. Coronavirus Wuhan for Obama and Fauci was the 1% using a herding terrorism to set up for this vax and the mask fiber to embed in the human system.

MERCK got out of the vax business as the money in this would be made in anti virals, in that is what is going to have people sell their souls for as insurance companies and governments can not afford to treat millions of people.

I will add andrenochrome in this, without explanation as I hope to have more on this in the future if I have time.

Lastly I will touch on the criminal reality of Colorado State University which I have mentioned here, who were funded to test MAD DEER DISEASE or Chronic Wasting. Their study was one available online but it is now wiped clean. What that study was testing was prions, before Oprah of the Globalists spread the lie about Mad Cow in beef, which was DAIRY industry spread deliberately, but what Colorado did was test animal to animal transmission in a fenced off pen. They then left the gate open and the infected animals went into the wild and wild animals entered the pen and became infected. That disease has spread through North America, again this was a test of what we are witnessing in the vax shedders.

I would avoid shedders of the vaxed completely. I have not changed any regimen. We still bleach all of our goods we purchase. We still sun scald our mail. We have one pair of town shoes which go into bags and not into our living quarters. We wear gloves in public and are taken off, and we wash with alcohol on our hands for the trip home. We have our old GMC pick up and things ride back there on the way home.

Those 1% behind this push are not being vaxed with what the masses are. They know what is the cause and effect as the above tests are decades old.

If the Mad Cow time line is a basis for this synthetic prion, then that is the time window. This is a super prion though, as people are speaking of almost immediate headaches and other reactions which is swelling, and swelling comes from immediate cause and effect of this prion crossing the blood brain barrier.

I'm still working on this, but you must understand that the vax is not Coronavirus Wuhan in it's various forms. The vax is not the fiber creatures in the Chinese masks. These are three different platforms. The bioweapon was to induce people to take the vax, and the matrix stated the vax was the platform for what follows and that is the problem.

This is the current information though.