A Rapture In Time Has Fooled More Than Nine 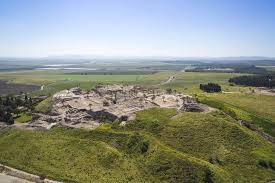 Somewhere in the archives here is the answer for a question which was asked, which was if Christians are spared the End Times by taking out of them. The common term is rapture, and the short answer is NO.

The Rapture was created in the 1800's, by fearful dolts who twisted Scripture such as "come out of her my People" and " we are all caught up to Him". Coming out of the Babylonian system is physical. Being caught up to Christ is Spiritual, and that does not take place until the Second to last High Day is fulfilled in Tabernacles or Thanksgiving.

There is a time line in this which Christ assembled and Armageddon is one of the events, along with Wormwood, an the bulding of the 3rd Temple, before Christ returns and we are caught up to Him.

The Christian is meant to be fired in this time in perfecting them.

There are not any arguments in this if you believe in the rapture, as you will find out different.

You either get out of this world a dead sinner, and remember the Revelation of Jesus the Christ states that people will seek death in what is coming and not find it, something appears to end death, like an immortality gene injected in, a dead martyr, or you go through it as a Christian which is what I will be engaged in.

My life has sucked my entire life. It has been shitty and I still have sinners lying about me. I really don't see this picnic of a lock down, hunted by the police state or force vaxed as that big of deal. Seems like a vacation to me as I see God balancing the scales. By God's Grace I pulled a scratch shot on a coyote (the four legged kind) yesterday with Holy Angelic aim. Felt very good to be putting one into the ass of a fawn killer. I plan on sticking around and watching God put the kill shot on sinners in mass. Just hope I have a front porch, a beer and some nice weather to sit and contemplate the marvelous Judgment of God.

So that is the answer. You can live or die, but you ain't getting raptured out.

After all the shit I have been put through, I'm not getting up and walking out when the exciting part happens. I told you before,  I would relish being on one of those hills overlooking the Valley of Sharon, as that is where 200 million will fight it out with Jesus. That sounds like great entertainment of evil people getting what is coming to them.

I'm staying to the end.