Eric Clapton as a Vax Leper 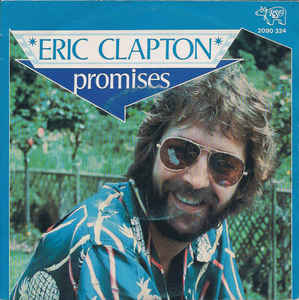 As a Christian Protestant, I have compassion on Eric Clapton, even if I have a low opinion of him as a person, and he really never was a guitarist or rock musician, but that is beside the point, as Eric Clapton got the vax and is now head up his ass wandering around as a crip, wondering where all the rebels have gone.

That is the problem with Clapton and the left, they think that debauchery is being a rebel and standing against a regime. The reason liberals do not stand against regimes in the world, is because they are all liberal and this shit hole is the result of the utopia Clapton was fucktarded over his entire existence.

As I stated, I feel compassion for Clapton, but he is a moron, as he trusted people who pull babies out of the womb and suck their brains out. Should it not be a surprise then that Dr. Fauci is telling people to take a vax which harms them and kills them? Anyone with sense after watching the set up of January 6th, would have never believed any regime again.

Clapton did though and took the vax, because he is RICH. Sure he is an invalid, but he wants to stick around as he is comfortable while millions suffer. Not much on the other side but hell for people who deny Jesus, so Clapton was vaxed, it about killed him for 11 days...........and then the moron when offered the second vax which as he took Astra Zeneca, that is the chimp shit shot, and not the mRNA shot........but anyway he wheeled himself to the head of the line, and it turned him into a captive of his own body in he is really sick now.

He claims he is doing this to love his family. He needs to wake up to the conversation of them cutting corners after he is dead, cremating him and everyone of them asking, "When is the will going to be read so I get my money, as I'm going to live it up". They are hanging around you for your fame and your fortune, and their only concern is that you spend their fortune on nursing care to keep you alive.

In February this year, before I learned about the nature of the vaccines, (and being 76 with emphysema) I was in the avant garde. I took the first jab of AZ and straight away had severe reactions which lasted ten days, I recovered eventually and was told it would be twelve weeks before the second one…

About six weeks later I was offered and took the second AZ shot, but with a little more knowledge of the dangers. Needless to say the reactions were disastrous, my hands and feet were either frozen, numb or burning, and pretty much useless for two weeks, I feared I would never play again, (I suffer with peripheral neuropathy and should never have gone near the needle.) But the propaganda said the vaccine was safe for everyone….

Then I met a member of this group, who counselled me to be careful and to have a look at what goes on with you guys…

I felt like a veil had been lifted, that I was no longer alone, that it was okay, in fact essential, to hold on to my intuition and follow my heart…

I continue to tread the path of passive rebellion and try to tow the line in order to be able to actively love my family, but it’s hard to bite my tongue with what I now know…

I’ve recorded and will post here another song by Van called “The Rebels” it’s not aggressive or provocative,  it just asks;

“Where have all the rebels gone?

What you are Mr. Clapton and your kind are Darwin Candidates. You drank the kool ade and the next damn vax that comes around you are going to take that poison too, as you want to hang onto life, hang onto your money, as that is your god.

Today I drained two fuel tanks, took out the fittings so I can put in new ones, am charging a battery to start a tractor which is not mine, and writing a blog. What did you do Mr. Clapton but eat, shit and once again think you know more than others because you care. No you are a selfish spacetaker and Mr. Clapton, it is your ilk that installed this socioconglomerate dictatorial world which just injected you with poison.

You wanted this shit hole, so thank them and stop judging them as wrong, as you and your kind are the author of it all.