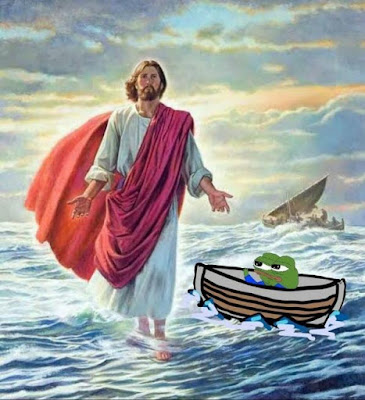 General Michael Flynn, after receiving a pardon that 100 million other Americans received no amnesty for after January 6th from Don John Trump, appealed to Americans to suck up the shuck and jive, do jack shit, and then join the FBI mole network so it would be easier to spy on them.

Read the quotes below and finger this out on your own to the same conclusion as you know the FBI and DIA have tens of thousands paid informants spread across every community in American, and this is who General Michael Flynn just urged every American to seek out and join.

If you don’t know where to begin, start small. Raise the American flag for Memorial Day and recite the Pledge of Allegiance with your family. If you can’t get a flag that quickly, Flag Day is just around the corner. Once you’ve done that, find good groups of active patriots in your area. Internet forums can never take the place of the camaraderie that comes with local patriots acting together to better their community.

I also hope you will listen to the first episode of my new podcast, where I dig deeper into why Americans should stop complaining and start doing. You can find the podcast exclusively at AmericasFuture.net, where you can also leave a donation to support our ongoing work. Thank you.

Here is the thing. Steve Bannon is the guy from the DIA who ran Breitbart and buried what Andrew Breitbart knew which got Mr. Breitbart assassinated in trying to bring down Birther Hussein. Bannon was put in charge of Trump Inc 2016 AD in the year of our Lord, after someone ran an operation to install Paul Manafort, in order to start Russiagate from the Trump inside connected to the campaign.

Roger Stone, the guy who tried to recruit Patrick Byrne who was all over the election fraud, donated to the law dog in Florida who created that school shooting which framed that Jew kid. Roger got his pardon too, and now Bannon Bilk the Wall is getting pass, as everyone is getting their street creds, and for some reason none of them get banned from the internet while others on the right are.

So now this GenFlynn letter gets feed from Populist, another Bannon outlet surging to replace Chicom Drudge. Lots of centralized propaganda going on in the message you read and hear, just like Gayway Pundit is in bed with Sneaky Pete Jerky which was out at Malheur and Uncle Gordy of Veteran's Today said he was an FBI mole.

I notice lots of things that look hinky in this, like shame on me for hoping for miracles, when all of this was a big DIA operation of vintage Edward Lansdale. I notice that one of the most adept intelligence agents in the United States was Qanon played apparently on election fraud. That just does not seem possible.

So for all that is impossible, the Lame Cherry focuses on what is possible. You focus on the possibles because those you can control and build upon.

So it has been a half a year since January 6th, but I have yet to hear anything from GenFlynn but this rally around the patriotic cross and wait for the FBI to hunt you down. It bears repeating that GenFlynn just told you to join local groups, which we know are all FBI infiltrated. Now that sounds to me like a programme to get your ass into Hutatree prison.

There is stone cold information which General Michael Flynn has and which he owes every American being hunted down, because he got the pardon that the 100 million were denied. It is a simple thing and a thing which the Lame Cherry has demanded previously and as GenFlynn is once again handing out marching orders, it is time for General Michael Flynn to tell Americans exactly who was feeding him information that the election was stolen, as this information got Ashli Babbitt murdered and 100 million Americans on the FBI hunt down list, with around 400 Americans now indicted.

Joel Skoursen revealed that it was the NSA operatives and other agencies who fed the key people from Louie Gohmert, General McInerney, Patrick Byrne all that interesting data which Americans have been labeled kooks over for believing. This was a frame up and a set up of Americans, and Michael Flynn has names of those who fed him information, which he gave to Don John Trump.

So OK Michael Flynn, we love you here, but let's cut the crap about joining FBI groups to be manipulated by the FBI and instead you come clean in exactly what you know that got Americans framed into this mess.

I'm not interested in calls for donations to more rich people fronts who are fronts again like the NRA and whatever where you get ignored and get bilked out of your money to support some agenda that you will probably find out is some penis up the buttocks like CPAC and not this red white and blue operation you thought.

So it is pretty simple, the names who contacted you. What they told you and when. That goes for General McInerney, Patrick Byrne, Sidney Powell and Lin Wood. That way we can cross reference all of this data and produce patterns of this operation, and connect the NSA and the other agencies who fronted in this operation, which would reveal a deep agency group operating in other agencies for an agenda that framed 100 million Americans on a stolen election propaganda.

It is odd that General Michael Flynn was betrayed, made a complete fool of and yet he is still protecting those who accomplished this. This is now his opportunity to do something substantial for America.