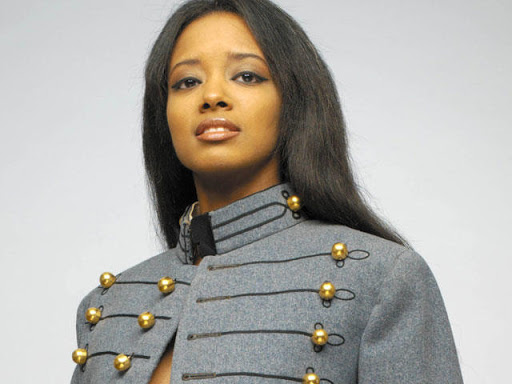 The recent charging of one of the Black Lives Matters inciters of the Capitol Riots by Attorney General Merrick Garland is stunning considering how many night light terrorists the DOJ is releasing on the northwest coast.

Personally reading the account of John Sullivan, I'm just sad for this world in what he is.  In examining this from an intelligence operation, like AOC organizing protesters and being paid out of the Kennedy orb in the CIA, because what has been revealed in the media is:

John Sullivan was being shepherded by CNN media in order to create the Edward Lansdale propaganda driving this operation, which runs back into Obama Inc. stoking race problems in America for political gain.

Like the summer of Obama's Intifada, Sullivan was following the protocols of stacking the bricks on the corner before the riot in this Soros ANTIFA and Buffett BLM ravaging of America.

This was a DIA operation by Qanon coordinating for January 6th, prior knowledge, in Pelosi and DC Mayor turned down extra federal police, and used methods to beat up MAGA people in order to enrage them, and then the DC police let Americans into the building.

We know that undercover police were there. We know the police were told to stand down, we know that Ashli Babbitt was murdered by an officer who forced his way to the past White armed officers, in following this projection, with CIA FBI Mockingbird funding going into this operation, through media outlets which produced the domestic terrorism, that John Sullivan was there pre positioned in expecting events to happen which were being recorded, under MSM assistance directing it all.

It appears in a psychological operation which this was, that a woman was singled out to be murdered, to shock and awe MAGA supporters, for the exact effect which has taken place in cowing 100 million armed gun owners.

The question is why prosecute John Sullivan when so many have been set free?

A huge development in the Capitol incident has developed on your Tuesday, as a Black Lives Matter supporting activist already facing several charges for his actions on January 6 is now facing additional counts and allegedly told witnesses that he brought a bullhorn to instigate Trump supporters to attack the Capitol.

John Earle Sullivan of Utah has now been hit with weapons charges, according to new court documents filed by federal prosecutors last week and reported by The Epoch Times.

If you haven’t heard Sullivan’s name before, you’ve probably seen the footage captured by pro-Trump activist Ashli Babbit’s shooting death during the Capitol incursion, which he reportedly sold to news networks for tens of thousands of dollars.

In an absolutely sickening moment, Prosecutors say he was captured on another individuals’s recording “expressing excitement” that he had Babbit’s death on camera.

“Everybody’s gonna want this. Nobody has it. I’m selling it, I could make millions of dollars,” Sullivan was quoted as saying.

Last week, authorities sized $90,000 from Sullivan that he reportedly had been paid by multiple major news outlets for the Babbit footage.

John Sullivan in forensic psychology appears to be an amoral socio or psychopath. Zero empathy for another human being. Frederick Benteen at the Little Big Horn sent home to his wife the note General Custer sent him to bring up support. There was not one word of compassion for the dead or the grieving. Benteen instead told his wife to keep it as it would be worth something.

Sullivan exhibits the same unfeeling behavior. Ashli Babbitt has been murdered and he is talking about money, money is what validates him.

This is the psychology of those employed to be the front's of these intelligence operations. People who have one dimensional direction and will do anything to fulfill that validation. John Sullivan is played in his delusions of being a genius in playing trusting people when his very amoral psychology is why he was targeted.

Now we play the answer game of why is John Sullivan being charged as he is an employee of the state?

First Sullivan is clueless who is pulling his strings. He is dumb as a post as all these types are. He thinks he is the genius and the rest are colleagues he tolerates. The 1% gave Sullivan a white girl to be the sub controlling his "dom". He was the perfect dupe.

Sullivan is lint. It is what happens when you pull the string of Sullivan as it begins to unravel in what he connects to. We know this was CNN handlers. CNN was coordinating with the other Socio Conglomerates in all of this. The DOJ charges MAGA to cow the mob. The DOJ protects the 1% terror mob to divert attention and to transform society to a new control. The DOJ charges people like Donald Trump to put them on a leash. The DOJ for the 1% charges John Sullivan for direct control of the group who were running this. This is to put heat on that group and make them tow the line for a narrative the 1% will progress in pro or anti Biden.

If you enter the shadowlands, this all looks like the intrigue in who is backing Harry and Meghan to bring down the London monarchs. The British have been behind all of this Birther Hussein, Russiagate and if you scratch this long enough their tarnish appears in election theft as Dominion is their bitch child.

That is where Great Game India is waging.