Jews call for Biden/Harris to Return to Dallas November 1963 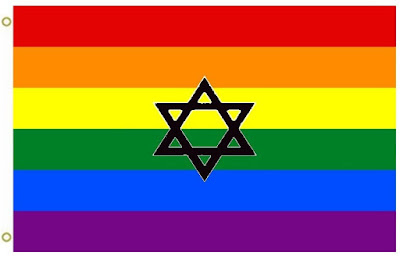 In a most interesting story in the Jewish press, Jewish Intelligence Officer Jonathan Pollard, which the Bush family left to rot in prison, and was released by Birther Hussein Obama, has called for the destruction of the Biden regime, by using the final solution name of AMALEK.

For those not familiar with the story, it was King Saul who left the Amalekites live after God ordered their destruction. This would come to bite exiled Benjaminites in the ass in Persia, when Queen Esther rose to power and Haman an Amalekite had a decree signed by the Emperor of the genocide of every "Jew".

If you know of Purim, the Jews celebrate this, because Haman built a gallows and God turned it around, as Haman and his sons, after being killed were all hung on that gallows, instead of Jews. The Jews for two successive periods, slaughtered every one of their enemies in mass murder.

In knowing what Amalek means in this Torah Code, explains what Pollard envisions in a complete slaughter of the Biden regime and it is to be replaced by friendly Jews in control of America.

From The Times of Israel, "Pollard: 'Jew-hatred' a foundational belief of 'Amalek' Biden administration":

[Jonathan Pollard] began by reflecting on the recent murder of 19-year-old Yehuda Guetta in a terror shooting attack at a West Bank junction.

"The murderer was the manifestation of the oldest hatred, more lethal than the deadliest disease known to man -- Jew-hatred. Cold-blooded anti-Semitism," he said, speaking in English. "It's the foundational belief of our so-called peace partners up the road in Ramallah [the Palestinian Authority], our avowed enemies in Gaza and many of the woke bureaucrats and officials that staff the current Biden administration."

"What we're talking about is Amalek, pure and simple," he said, equating the Biden administration and the Palestinian leadership with the biblical archenemy of the Israelites.

It is not a secret the Hand of Tel Aviv rocked the events of November 1963 AD, when John Kennedy refused to sell the Jewish state atomic material. This Mosaad operation dirtied up the entire American leadership in this operation, in having Dwight Eisenhower sign off on it, Prescott Bush was the driving force behind it, the CIA, FBI and Pentagon were all in the set up, including Lyndon Johnson and Richard Nixon. The end result, the first action that Lyndon Johnson undertook, was to send Tel Aviv nuclear material and the Jews made their atomic bomb.

If you have not noticed, Kamala Harris has disappeared, every since her mask kiss at an Air Force Base. Something is taking place in this constant vanishing act of Biden Harris. America has numbers of enemies, and a few friends. This time a friend has called for the eradication of Biden Harris.

The only difference is, is that Mosaad has never put things in public before they acted.

There is a full scale war about to break out in the Land of Tel Aviv, and Biden Harris is being blamed for it. This is what the published facts are stating, no conjecture and no remote viewing in this.

But what was it that quatrain said, I forget now exactly what it was.