You are never Stuck with God 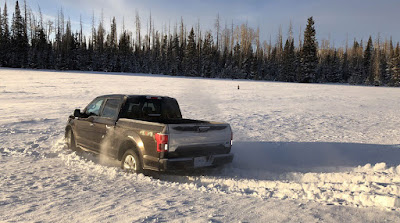 No I do not have anything this nice!

There is a satanic and deluded reality that people put the Name of God on their sins and desires, both personal and national, to claim that God is with them and not others.

List any cause that persecutes Christians or violates the 10 Commandments and that is not God, but satan behind it. That is why God provided His Word as a Judgment on all activities and desires, as to whether they are Good or evil.

My Bible reading this day, which is March 13th is the Word of the Lord to Moses and his instruction as he was dying at 120 years old. Joshua would soon be Judge, and lead the children God was leading across the Jordan River to begin the possession of the Promised Land on the east side of the Jordan.

The exhortation is simple. Every Christian is by Faith to trust God at His Word, to be strengthened by that Word and develop courage to set out on what God intends. You are not to fear, not to take council of your doubts and to not be afraid, for God is already before you there, leading and has the outcome already completed. Your actions when they are with God are part of this movement of Faith which God responds to.

God is not going to part the Red Sea if no one in Faith is going to cross over.

By the same examples in the Bible, when the 13 tribes disobeyed God and laid His Name on situations, they soon discovered that God is not a talisman for evil, and the 13 tribes soon returned defeated, dead and in mourning as they undertook something, which God was not a part of, because of their national sins.

The events of January 6th expose that God was not behind it. If God was, then those involved instead of framing others or looking for their own John Brown glory, would have succeeded and God would have stirred the People to support it. Instead national sin is being exposed in Americans hunting down Americans, and the faithlessness of Donald Trump has been exposed in the Jehu he is, as he failed even the Jehu standard in not purging the regime of the very insurrectionists he abandoned his voters to.

It is why one puts their trust in God and not in the sons of men.

The Word of the Lord by the Command of Moses

6  Be strong and of a good courage, fear not, nor be afraid of them: for the Lord thy God, he it is that doth go with thee; he will not fail thee, nor forsake thee.

6  Be strong and courageous. Do not be afraid or terrified because of them, for the Lord your God goes with you; he will never leave you nor forsake you."

6  "Be strong. Take courage. Don't be intimidated. Don't give them a second thought because God, your God, is striding ahead of you. He's right there with you. He won't let you down; he won't leave you."

God has not left His Faithful. He never will. But that does not mean that Judgment is not coming, or that the Faithful are going to have to endure and some be martyrs in the time of the end, as upheaval, famine, pestilence, plague, terrorism, police state and war, are not the Gifts of God, but the results of mankind joined to satan in the curse. On the other side of this is Jesus as King of kings and Lord of lords, but this is the valley we sojourn through. I pray that the Light of  God shines upon all of His children beyond the days of darkness, but lights them through all distress. Jacob's Trouble will come, but not everyone who is a Christian in America, the British lands, Christian Europe or Asia, needs to be burdened by the Wrath of God. I have suffered enough now, so I see no point in having a shitty time of it in the End Times.

The same God Who numbers the hairs on your head, is the same God Who carries you through the impossible. As a teaching for this shitty existence I have had as others lived in luxury, I could not see God doing jack or shit for me, and no you should not talk that way to God or in Church. God though was and as I'm ignorant of all God is, I could not see, but He was preparing me for these end times. He moved years too slow in my estimation, but He moved for me to prepare the next phase of securing food and shelter. I would have appreciated having the cushionn of time and health, but satan resisted, and I can tell you in what we have been engaged in, in securing our future, we have had storms, sickness, upheavals and bad things happening. TL and I both say, "Something really does not want us succeeding at this". We rebuke it all in Jesus Name, but the day a shipment is coming in and you get a foot of snow, but God works it out that the shipment appears 10 minutes before the snow starts, is God working his last minute miracles for us as He does for all. The next day another shipment came, it was sunny, and thawing and we got stuck and I had a few choice words about that but God Inspired how to get out of the situation. Holy Angels helped as at one point I wanted to get from the field to the house which was 100 yards and I needed to get turned around to make it back out the driveway, and the pickup simply spun around in a circle and faced me the direction I needed to be. Yes, impossible situations, God is there as are Holy Angels. You are going to have to expect that help even if you do not expect it as God did not provide me a 4 wheel drive pickup, did not provide me nice weather, I was not feeling good in pain, and God got us through it, even when problems arose.

So that is real Christian life experience. When God wants things done, things get done. When I need to get things done in what He has planned, God is there to get us through the parts which have me spinning  my tires and sliding down a hill, getting suck worse.

I appreciate God delivering me. I also dislike His Red Sea parting at the last moment too often with me, as I listen to Jesus in not building a house without plans. So I prepare and God has His Glory to be featured first and not my getting things done. Yeah it is my personality faults in God keeps a reign on me which I appreciate, but the above is not for you to use against me in smugness and judgment, but for you to learn that when things look impossible, as long as God is involved, you get your ass up and moving and things will work out.

Now I have things to do as the say always seems too late for me, but that is the way it is. It is May and things are happening that I was clued in on in March by the trends and what God answered out of the matrix. So we are all now in the future where I resided. Be of good courage and move on.

God bless the Good in Jesus Name Amen and Amen