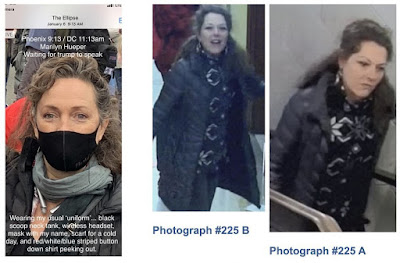 Most of us have heard of the story of the FBI spa owners in Alaska were held captive by the FBI under warrant for 3 hours, and they had their things confiscated, because in the story just reviewed, apparently a flight attendant reported this woman, and then did a search of her for the FBI and concluded this was the woman who stole Nancy Pelosi's laptop.

There was also someone how knows Mrs. Hueper, who swears it was ths woman.........when it is obvious it was not, as the FBI expert reviewing this case was transfixed by this beautiful woman's eyes behind a comely mask and missed that the laptop bandit and Mrs. Hueper were not dressed the same.

As the FBI is having problems locating the pipe bomber and the laptop bandit, the Lame Cherry hopes to help out in this, as I read that Attorney General Merrick Garland is losing sleep over things, and after his testimony at the Senate where he said terrorism only happens during the day, it is apparent that Merrick Garland is a bit loopy from the Coronavirus as that did not make sense.

Anyway, I thought maybe I could help as the first time I saw the snowflake woman, I thought, "That is Patty Hearst". You probably do not remember history but Patty Hearst had a rich yellow journalist daddy. I think her Grandpa started the Spanish American War. Anyway Patty was kidnapped by the Simbianese Liberation Army. I never could figure out what that meant as an army, but they raped Patty, and then turned her into a bank robber. The FBI hunted for her for a long time and I do not know what happened in the story as I lost interest, but she came back, and turned into a really hot woman.

See this is Patty Hearst, she certainly looks more like the laptop bandit than Mrs. Hueper.

Ok here is the evidence, in she has a gun, an assault weapon. She is a woman, has long hair, looks like the laptop bandit without a mask, and the really damning part is what follows. 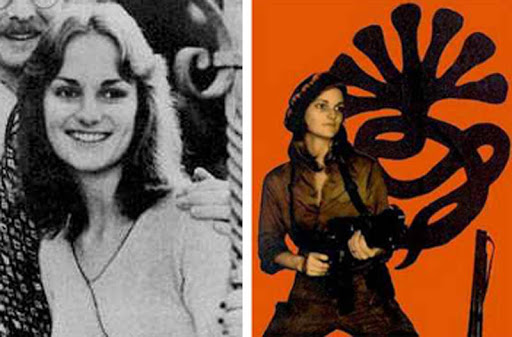 I have two sources, Star Trek, when Bones went nuts and went back in time and changed history of America so the Nazi won and the Time Machine my HG Welles, in I can't remember if it was Robert Downey jr or someone else went back in time and did something. It is a long time since I saw that movie. Anyway, time travel is possible, so here is what happened.

The Simba Army was really a CIA front, and they captured Patty, like they did Charles Manson, and sent her back in the Philadelphia Experiment to .........sorry that is sent her ahead to January 6th on Capitol Hill, where the brainwashed Patty Hearst, still a young woman, charged into the Capitol, and on a mission, went to Nancy Pelosi's office, stole her laptop, or man did as a man is seen taking it or something, and she somehow got the computer, and then set up these other women so as to not leave a trail, as she .......yeah wasn't there that Nicholas Cage movie that had like Benjamin Franklin treasures in it, and maybe they did not go back in time, but the Masons were involved or something and Patty transported back to 1971 with Nancy Pelosi's laptop.

This was all a CIA operation, which was built for Mr. Gates, who is Bill Gates dad, but as no one knew what a laptop was and silicon was in short supply due to breast augmentation surgery, the laptop languished until the 1980's when it was released to Apple and Microsoft for this combined thought in cyberworld when humanity is going to be advanced to a new evolution.

When Patty Hearst got home from the future, she was upset in she could not remember what happened, so the CIA and FBI joined in Mockingbird to produce a movie, called Filthy Larry. The only scene shot was the one in which Kay Lenz was hired to portray a bank robber. The lovely, talented and beautiful Ms. Lenz was completely innocent, but when the security film was released, Patty Hearst saw it, and was told this was her missing time, so it was a perfect cover up.
The innocent Ms. Lenz was told the film was cancelled, but it was later released when Clint Eastwood agreed to play the lead and the character's name was changed from Filthy Larry to Dirty Harry. 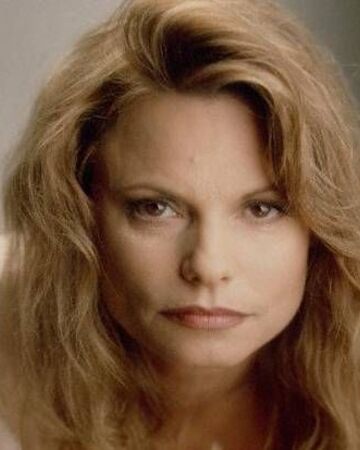 Furthermore, the woman behind the mask is not really Mrs. Hueper but is instead Catherine Hicks, another beautiful actress, and she of course is evidence in this, as she was no Save the Hump, the Star Trek episode where the Enterprise goes back in time to transport a humpback whale to the future by returning to the past. One can see how  this all ties together and is proof that time travel is possible and that Nancy Pelosi's laptop was stolen, to be released as alien technology, when all it was, was Americans raiding the future for technology. 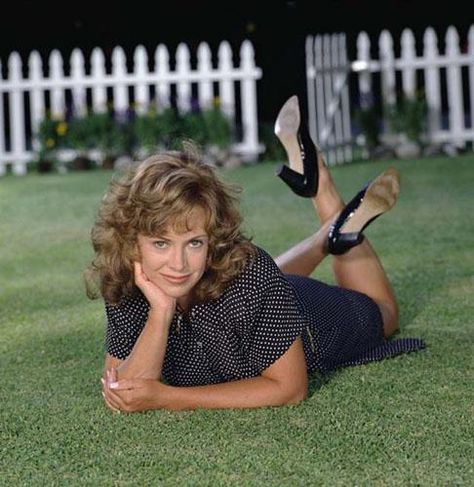 There are no aliens. The flying saucers are the coming Amazon drones for home delivery and are spinning because they are cooking Bill Gates frankenbeef burgers.

Also, it has been speculated that the person close to Mrs. Hueper who assured the FBI that the woman in the photo was Mrs. Hueper was in fact Mr. Hueper as he had been enticed by the Seinfeld drama, where Jason Alexander was involved with a woman in prison for conjugal visits, and what husband has not fantasized about prison sex with their wife, after watching the inspired episodes of creator Larry David. 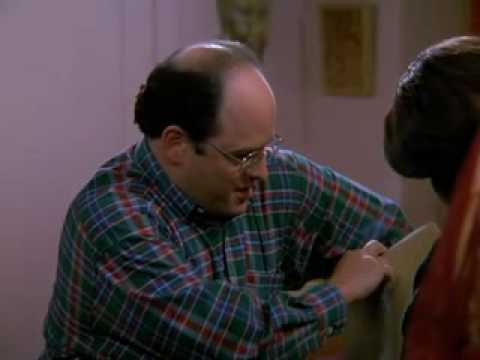 All of this makes perfect sense once explained

All of us must do our part in this, as we do not want Merrick Garland losing sleep over things, as that is what is important in this. We must all understand that a few million Americans hunted down, elections being overthrown, world wars starting, are nothing compared to what is important in protecting the secrets of time travel and American conglomerates producing technology edges, as I'm sure that Nancy Pelosi's laptop is safe in that safe that Colonel Philip Corso got all those other alien technologies out of. 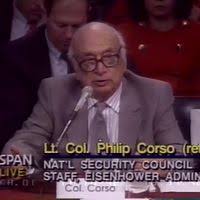 This appears to be another case closed in these X files, as I also know from Red Dwarf that John Kennedy shot himself in Dallas in order to save the world, from Nazis I think it was. This is always about Nazis as Bones saved Joan Collins and it made the world Nazi, so I am thinking that if Nancy Pelosi's laptop was found by the FBI, that Nazis would take over from our communist leaders.
I don't have that part worked out, as I have not seen it in a movie yet, but that will make sense too as woke movies always make sense.
Nuff Said