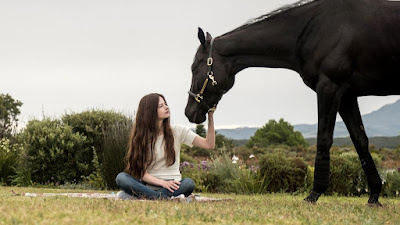 Take what you will from this, but this time line begins in Revelation chapter 5, when a strong Angel calls for the Book to be opened up, but no one could be found, except the Lamb of God Who earned the right.

What follows are 7 seals being opened. The first seal is a white horse with a rider with a bow, who is sent out to conquer all throughout the world. The second seal is a red horse in peace was taken from the earth, and people were killing each other everywhere.

The third seal, is the 3rd horse which is black, and it carries a balance in the rider's hands and calls out, in the NIV translation this:

I'm absolutely certain the Holy Ghost was warning me in what is coming in scarcity. We can see this is engineered by the vaxers in shortages across the board and inflation is spiking. I know people have reached for fulfillment of these verses for generations, but as stated I'm 1000 percent certain that this is coming soon across the globe. What has not been confirmed to me is if this year is the year or if this is the End Times which is being referenced or this engineered scarcity.

My purpose for this warning is simple, in what is of interest to me is the TIME LINE which Christ provides. We know that forces moved to rule the world. We know that the world is insane with murder and war like never before. We can see shortages are being generated. Pay attention to the last 4 seals as they tell you where we are now and what follows in signs.

The fourth seal predicts that almost 2 billion people will die soon as death and the grave rides this horse.

The fifth seal are the martyrs of Christ. Those already murdered over the centuries, and more importantly the Christians who will be murdered in this time sequence in mass. The persecution of Christians is on the horizon if Christ has opened the 3rd seal.

The sixth seal is Wormwood in this "star" is going to by force shatter earth in quake and shift mountains and islands. What I believe is there is a very large stellar body which has large debris in tow, and the one which is largest in striking earth is Wormwood, as there is going to be not stop meteors striking earth for some time. The dust will turn the sun black and the moon red. I have not inquired, but I hope that this "star" eclipses the sun, as days of darkness are predicted, because that much dust in the atmosphere would kill almost everything.

Third Seal: Scarcity on Earth
5When He opened the third seal, I heard the third living creature say, “Come and see.” So I looked, and behold, a black horse, and he who sat on it had a pair of scales in his hand. 6And I heard a voice in the midst of the four living creatures saying, “A quart of wheat for a denarius, and three quarts of barley for a denarius; and do not harm the oil and the wine.”
Fourth Seal: Widespread Death on Earth
7When He opened the fourth seal, I heard the voice of the fourth living creature saying, “Come and see.” 8So I looked, and behold, a pale horse. And the name of him who sat on it was Death, and Hades followed with him. And power was given to them over a fourth of the earth, to kill with sword, with hunger, with death, and by the beasts of the earth.
Fifth Seal: The Cry of the Martyrs
9When He opened the fifth seal, I saw under the altar the souls of those who had been slain for the word of God and for the testimony which they held. 10And they cried with a loud voice, saying, “How long, O Lord, holy and true, until You judge and avenge our blood on those who dwell on the earth?” 11Then a white robe was given to each of them; and it was said to them that they should rest a little while longer, until both the number of their fellow servants and their brethren, who would be killed as they were, was completed.
Sixth Seal: Cosmic Disturbances
12I looked when He opened the sixth seal, and behold, there was a great earthquake; and the sun became black as sackcloth of hair, and the moon became like blood. 13And the stars of heaven fell to the earth, as a fig tree drops its late figs when it is shaken by a mighty wind. 14Then the sky receded as a scroll when it is rolled up, and every mountain and island was moved out of its place. 15And the kings of the earth, the great men, the rich men, the commanders, the mighty men, every slave and every free man, hid themselves in the caves and in the rocks of the mountains, 16and said to the mountains and rocks, “Fall on us and hide us from the face of Him who sits on the throne and from the wrath of the Lamb! 17For the great day of His wrath has come, and who is able to stand?”

The 7th seal is the Holy Angels sealing the 144,000 elect of the 12 tribes, one of which is America. So for those clinging to the rapture, you can see billions will die, all hell will break loose, and Christians are still in the earth.

The Sealed of Israel
1After these things I saw four angels standing at the four corners of the earth, holding the four winds of the earth, that the wind should not blow on the earth, on the sea, or on any tree. 2Then I saw another angel ascending from the east, having the seal of the living God. And he cried with a loud voice to the four angels to whom it was granted to harm the earth and the sea, 3saying, “Do not harm the earth, the sea, or the trees till we have sealed the servants of our God on their foreheads.” 4And I heard the number of those who were sealed. One hundred and forty-four thousand of all the tribes of the children of Israel were sealed:

What follows this is an explanation of those with white robes who came out of the Great Tribulation who could not be numbered. There are going to be lots of dead.

My prayer is for Christ to open the seals and for His return, Lord come quickly and shorten the days, lest no one is left alive.