The Advance of Sentence and Judgment 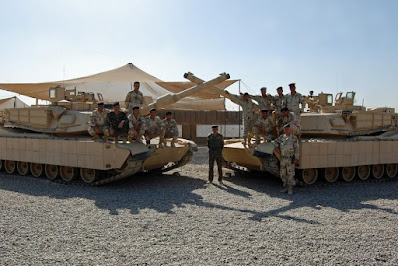 I provide a time line in this, so you will understand how far out into the future this is projecting as it is March 16th as this is composed by the Holy Ghost.

By now you have read of a previous post of King Ahab and Jezebel's demise, over the murder and theft of Naboth's vineyard, but there is a precursor event which took place. This is important as the United States the British peoples and the western European peoples are treading on this same disaster which is coming.

As stated, Ahab and Jezebel had been making war on God's People and Prophets in hunting them down. There had been severe droughts when the Man of God prayed and no rain came for years.

Into this Samaria Israel had become weak, very weak. In this the King of Syria appeared with his 32 kings and massive military to announce that everything Ahab had was his, to wives and children.

Ahab submitted and agreed. This was not enough for Benhadad, as he then demanded his troops seach the entire nation for things. To this Ahab understood that Benhadad was looking for an excuse to destroy them, so the elders back Ahab and they denied the Syrian their demands.

The Syria army appeared in full force, but a Prophet of God informed  Ahab that he should send out only his princes into battle. It is described as two small flocks of goats, before a mighty army.

Benhadad was drinking with the kings, and the Samarias advanced, just over 7000 of them. Benhadad wanted prisoners and ordered their capture. In return the 7000 slew 7000 Syrians. The Syrians fled for their lives with Benhadad on horseback.

The Prophet appeared to Ahab and said Benhadad would be back the next year, and the Syrians were back again in full force, because the advisers said God was a God of the hills, not of the plains, and if Syria fought on the plains, they Samarians would be defeated.

God heard this and was not going to be mocked. He informed Ahab that God would win the battle, and for 7 days thee armies encamped by each other and when the battle joined, the Samarians killed 100,000 Syrians, which then fled to a stronghold, where the wall fell on them and killed another 27,000.

It was a monumental victory given by God, and to this Benhadad with his advisers appealed to the kindness of Ahab, who struck a deal to receive the bribe of cities returned and trading streets in Damascus, to which Benhadad was set free.

The Prophet appeared again, and informed Ahab that God intended Benhadad to die, and now that he lived, Ahab's life was now forfeit.

Ahab was sullen, and with thsi sentence now given by God, the next chapter begins with Naboth's vinyard. God is just. Ahab's life was forfeited, but he was about to murder the innocent, in a national scheme of framing an innocent, to which the sentence of death fell not alone on Ahab, but his wife and his children.

Somewhere in the not revealed to me I believe these events will appear as sentence in the peoples of the West who have left Christianity behind.

What is being engaged in America in hunting down People is not unnoticed by God. Events will generate with foreign dictators, and all of this will begin the sentencing part of Judgment which America is under. I do not have the details by design, only the historical whiteprint for what will appear.

20 1  Now Ben-Hadad king of Aram mustered his entire army. Accompanied by thirty-two kings with their horses and chariots, he went up and besieged Samaria and attacked it. 2  He sent messengers into the city to Ahab king of Israel, saying, "This is what Ben-Hadad says: 3  'Your silver and gold are mine, and the best of your wives and children are mine.' " 4  The king of Israel answered, "Just as you say, my lord the king. I and all I have are yours." 5  The messengers came again and said, "This is what Ben-Hadad says: 'I sent to demand your silver and gold, your wives and your children. 6  But about this time tomorrow I am going to send my officials to search your palace and the houses of your officials. They will seize everything you value and carry it away.' " 7  The king of Israel summoned all the elders of the land and said to them, "See how this man is looking for trouble! When he sent for my wives and my children, my silver and my gold, I did not refuse him." 8  The elders and the people all answered, "Don't listen to him or agree to his demands." 9  So he replied to Ben-Hadad's messengers, "Tell my lord the king, 'Your servant will do all you demanded the first time, but this demand I cannot meet.' " They left and took the answer back to Ben-Hadad. 10  Then Ben-Hadad sent another message to Ahab: "May the gods deal with me, be it ever so severely, if enough dust remains in Samaria to give each of my men a handful." 11  The king of Israel answered, "Tell him: 'One who puts on his armor should not boast like one who takes it off.' "

12  Ben-Hadad heard this message while he and the kings were drinking in their tents,[1] and he ordered his men: "Prepare to attack." So they prepared to attack the city. 13  Meanwhile a prophet came to Ahab king of Israel and announced, "This is what the Lord says: 'Do you see this vast army? I will give it into your hand today, and then you will know that I am the Lord.' " 14  "But who will do this?" asked Ahab. The prophet replied, "This is what the Lord says: 'The junior officers under the provincial commanders will do it.' " "And who will start the battle?" he asked. The prophet answered, "You will." 15  So Ahab summoned the 232 junior officers under the provincial commanders. Then he assembled the rest of the Israelites, 7,000 in all. 16  They set out at noon while Ben-Hadad and the 32 kings allied with him were in their tents getting drunk. 17  The junior officers under the provincial commanders went out first. Now Ben-Hadad had dispatched scouts, who reported, "Men are advancing from Samaria." 18  He said, "If they have come out for peace, take them alive; if they have come out for war, take them alive." 19  The junior officers under the provincial commanders marched out of the city with the army behind them 20  and each one struck down his opponent. At that, the Arameans fled, with the Israelites in pursuit. But Ben-Hadad king of Aram escaped on horseback with some of his horsemen. 21  The king of Israel advanced and overpowered the horses and chariots and inflicted heavy losses on the Arameans.

22  Afterward, the prophet came to the king of Israel and said, "Strengthen your position and see what must be done, because next spring the king of Aram will attack you again." 23  Meanwhile, the officials of the king of Aram advised him, "Their gods are gods of the hills. That is why they were too strong for us. But if we fight them on the plains, surely we will be stronger than they. 24  Do this: Remove all the kings from their commands and replace them with other officers. 25  You must also raise an army like the one you lost-horse for horse and chariot for chariot-so we can fight Israel on the plains. Then surely we will be stronger than they." He agreed with them and acted accordingly. 26  The next spring Ben-Hadad mustered the Arameans and went up to Aphek to fight against Israel. 27  When the Israelites were also mustered and given provisions, they marched out to meet them. The Israelites camped opposite them like two small flocks of goats, while the Arameans covered the countryside. 28  The man of God came up and told the king of Israel, "This is what the Lord says: 'Because the Arameans think the Lord is a god of the hills and not a god of the valleys, I will deliver this vast army into your hands, and you will know that I am the Lord.' " 29  For seven days they camped opposite each other, and on the seventh day the battle was joined. The Israelites inflicted a hundred thousand casualties on the Aramean foot soldiers in one day. 30  The rest of them escaped to the city of Aphek, where the wall collapsed on twenty-seven thousand of them. And Ben-Hadad fled to the city and hid in an inner room.

31  His officials said to him, "Look, we have heard that the kings of Israel are merciful. Let us go to the king of Israel with sackcloth around our waists and ropes around our heads. Perhaps he will spare your life." 32  Wearing sackcloth around their waists and ropes around their heads, they went to the king of Israel and said, "Your servant Ben-Hadad says: 'Please let me live.' " The king answered, "Is he still alive? He is my brother." 33  The men took this as a good sign and were quick to pick up his word. "Yes, your brother Ben-Hadad!" they said. "Go and get him," the king said. When Ben-Hadad came out, Ahab had him come up into his chariot. 34  "I will return the cities my father took from your father," Ben-Hadad offered. "You may set up your own market areas in Damascus, as my father did in Samaria." Ahab said, "On the basis of a treaty I will set you free." So he made a treaty with him, and let him go. 35  By the word of the Lord one of the company of the prophets said to his companion, "Strike me with your weapon," but he refused. 36  So the prophet said, "Because you have not obeyed the Lord, as soon as you leave me a lion will kill you." And after the man went away, a lion found him and killed him. 37  The prophet found another man and said, "Strike me, please." So the man struck him and wounded him. 38  Then the prophet went and stood by the road waiting for the king. He disguised himself with his headband down over his eyes. 39  As the king passed by, the prophet called out to him, "Your servant went into the thick of the battle, and someone came to me with a captive and said, 'Guard this man. If he is missing, it will be your life for his life, or you must pay a talent[2] of silver.' 40  While your servant was busy here and there, the man disappeared." "That is your sentence," the king of Israel said. "You have pronounced it yourself." 41  Then the prophet quickly removed the headband from his eyes, and the king of Israel recognized him as one of the prophets. 42  He said to the king, "This is what the Lord says: 'You have set free a man I had determined should die.[3] Therefore it is your life for his life, your people for his people.' " 43  Sullen and angry, the king of Israel went to his palace in Samaria.