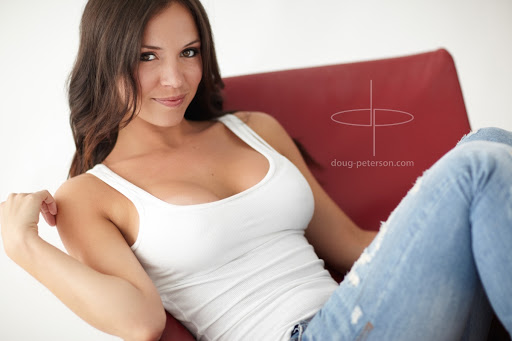 “Contrary to what everyone knows is so, it may not be the brain that produces consciousness—but rather, consciousness that creates the appearance of the brain…”

If you want to know where Elon Musk came up with his "we are living in a hologram", the source of this arose from the Central Intelligence Agency and the experts which studied what would become the field of remote viewing. Their terms or UNIVERSAL HOLOGRAM is the same term known on the Lame Cherry as the matrix. A liquid flowing of thought of what was, what is and what will be, in electrostatic fields.

What is necessary is to never forget the Biblical which states God created things by Christ, and that means Angels and physical matter. That is not to say that Angels being Spiritual or energy forms are not matter, because energy is a form of matter, but simply in a different hyper state form. Spiritual beings are fluid, as much as dirt is fluid, as much as thoughts are fluid. The one connective reality in all is that everything is fluid. That to me is one of the great mysteries in how solid things will become fluid and fluid become solid. It is a dynamic reflection to the Water of Life of God, in Thought is fluid, but it became the universe, and yet the universe is fluid being matter, an extension of Thought.

Reality is not some fiction. It does exist. "I think therefore I am" is the genius of the solution. There is not a hologram of illusion, but one of reality. All of us communicate in this energy field which is an extension of God's Thought and Presence, but it is not an energy field like a magnet, but a reality of that energy as a force, but it still is a physical magnet producing the field, as certain as their is a God on the beginning wavelength as a physical reality. When you are in the presence of God, that is a reality. Those who experience Near Death, speak of encompassing love being felt. Feeling is real, as much as thought being received and sent. There is not an Is and Is Not, of Spirit and Physical. Yes the Physical does degrade and will pass away, it is a transformational process. Christ's physical returned to the Spiritual, but it is a changed status of the physical, just as all which passes a way will become a changed state.

Changes in the frequency and amplitude of the electrostatic field which comprises the human mind determines the configuration and hence the character of the holographic energy matrix which the mind projects to intercept meaning directly from the holographic transmissions of the universe.

Then, to make sense of what the holographic image is “saying” to it, the mind proceeds to compare the image just received with itself.

Specifically, it does this by comparing the image received with that part of its own hologram which constitutes memory. By registering differences in geometric form and in energy frequency, the consciousness perceives(see Exhibit 2, next page). As psychologist Keith Floyd puts it:

“Contrary to what everyone knows is so, it may not be the brain that produces consciousness—but rather, consciousness that creates the appearance of the brain…”

15. Brain in phase: The consciousness process is most easily envisaged if we picture the holographic input with a three dimensional grid system superimposed over it such that all of the energy patterns contained within can be described in terms of three dimensional geometry using mathmatics to reduce the data to two dimensional form.

Bentov states that scientists suspect that the human mind operates on a simple binary “go/no go” system as do all digital computers.

Therefore, once it superimposes a three dimensional matrix over holographic information it wishes to interpret and reduces that information mathmatically to two dimensional form, it can completely process it using its fundamental binary system just as any computer made by the hand of man can process volumes of data and make various comparisons between the data and information stored in its digital memory.

Our minds operate in the same way, perceiving by comparison only.

Bentov states the proposition this way:

“Our whole reality is constructed by constantly making such comparisons… Whenever we perceive something, we always perceive differences only.”

Even as you have read all of this, you have been making comparisons in judging what is posted here, based on your reality of experience, and when no experience exists, you rely on others experience or you rely on comparing what was known on your part and advancing a conjecture to make sense of something you experienced.

Having an orgasm for the first time is a reference point without reference. It creates it's own "LET THERE BE LIGHT" moment.  Birth not remembered by most, except carried in the horror most carry at coming from encompassing darkness into the isolation of light, and confusion over this which the majority never recover from, but it is the first non defining moment we have and we never can comprehend what it was, as there is not a reference point.

Death is actually something with a projection point, in we have heard enough about it, from Jesus to being out of body, most figure out the reality of death, without ever having experienced it previously.

In every way, your mind is your fingertips, in it reaches out and feels. What is termed consciousness is the soul or Spirit, imprinting and being imprinted by this liquid energy touching each other. You leave thought prints which others read and you feel by touch what the matrix is in flux over.

God broke this all down in Good and Evil. Light and Darkness. While He is the I AM THAT I AM, meaning the complete. We are the extension of this in what was, what is and what will be. God is One but Triune. We are Triune in evolution to One. We process though all on the binary in the simple structure of two numbered figures.

Each person is separate and yet a part of this.