The Present and Future Vaxed 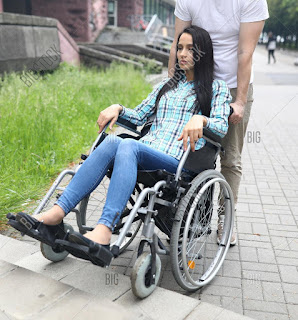 Geert Vanden Boosch almost a month ago, released a video in his experience as a researcher, that the world is facing a creation of a super Coronavirus due to mass vaxing and in these synthetic prions a severe auto immune plague, due to this vax produces as singular super antivirus cell, and represses normal antibodies which fight all types of diseases.

Joining now Mr. Vanden Boosch are other capable experts who are sounding alarms that this vax is not just blood clot deadly, it is sterilizing both men and women.

“First, there is a credible reason to believe that the COVID vaccines will cross-react with the syncytin and reproductive proteins in sperm, ova, and placenta, leading to impaired fertility and impaired reproductive and gestational outcomes,” she argued.

“Respected virologist Dr. Bill Gallaher, Ph.D., made excellent arguments as to why you would expect cross reaction due to beta sheet conformation similarities between spike proteins and syncytin-1 and syncytin-2,” Lindsay said.

“We have seen 100 pregnancy losses reported in VAERS,” the vaccine injury tracking system of the U.S. government, as of April 9, Dr. Lindsay continued. “And there have been reports of impaired spermatogenesis and placental findings from both the natural infection, vaccinated, and syncytin knockout animal models that have similar placental pathology, implicating a syncytin-mediated role in these outcomes.”

Lindsay also pointed to reports of irregular menstrual cycles following COVID-19 shots. “We simply cannot put these [coronavirus vaccines] in our children who are at .002% risk for COVID mortality if infected, or any more of the child-bearing age population, without thoroughly investigating this matter,”

When this was "just" Dr. Tennpenny, Erica Khan and the "dirty dozen", you could wonder if maybe this was another 'boy crying wolf", but the science is sound, the science is based on the research, the actual data from the drug companies and even the files of Dr. Fauci.

When someone like Jeff Rense who has done a monumental job in covering this story, reviews the data, and the summation is, "This vax suppresses the cancer tumor gene in humans, This vax in the prions rots human brains. This vax will produce HIV like illnesses. This vax in the next 3 to 6 months will make numbers of people ill. This vax from that period on will start killing numbers of people". Those are realities which are hard to refute, because the data is indicating that you drop an apple and it will hit the floor.

“Third, there is strong evidence for immune escape, and that inoculation under pandemic pressure with these leaky vaccines is driving the creation of more lethal mutants that are both newly infecting a younger age demographic, and causing more COVID-related deaths across the population than would have occurred without intervention,”

There are reported 4400 confirmed deaths in the United States from this vax. The data assembled is said to be only 1% of the deaths. The actual deaths in the current time is statistically approaching half a million people. If you project this out, the original corona deaths were projected to be two to three million, this vax is approaching in an entire population vaxed, to bring about in the current time line, 2 to 3 million deaths, and of groups which were not in danger from this vax.

“The potential for blood clotting disorders and the potential for sterilization are only part of the story,” Dr. Seneff said. “There are other potential long-term effects of these vaccines as well, such as autoimmune disease and immune escape, whereby the vaccines administered to immune-compromised people accelerate the mutation rate of the virus so as to render both naturally acquired and vaccine-induced antibodies no longer effective.”

These numbers are reflecting the vaxed. This is not reflecting the Morgellon masked nor for the Vax Lepers spreading these prions to those who are ReVaxNiks, making them ill and killing them.

Parents who have been vaxed are infecting their children and the children have died.

“We are seeing coagulopathy deaths in healthy young adults with no secondary comorbidities. There have been 795 reports related to blood clotting disorders as of April 9th in the VAERS reporting system, 338 of these being due to thrombocytopenia,”

We are by data, actually developing hard projections of what this vax will harm and kill people with.  Reproduction is being negated from this biological weapon prion. The denials in Mockingbird of this vax being dangerous is educating people to the reality by real experience that this vax is harmful. The second vaxing in America fell off as people were having such adverse reactions in the first injection.  It was a point of being too late though, as the process was already in motion.

Magnets are sticking to the vax spot on people, as this vax in completion appears to be more complicated than realized, meaning there appear to be vaxes, in part of the control group are being given plecebos or saline injections. Why would that be? It would project out the vaxed unvaxed were necessary as platform breeders, in they will be infected by the other groups, and produce another type of viral source to bridge the gap in ways the first waves were only building blocks for.

A majority of the vaxed are getting Coronavirus Wuhan, or the vax is giving them the disease by design.

There simply as this blog first reported are not resources in America or this world to care for multiple millions of cancer, HIV and senility patients in America. There simply will not be the resources to feed nor house these hundred million invalids.

This is the reality and it is the present and the future.