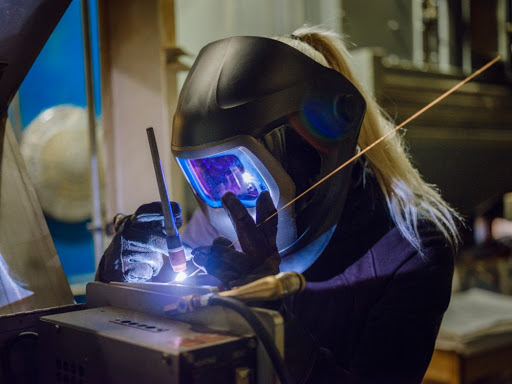 Had a few questions from our family in Christ, so am patching things together as I'm trying to figure out what Dick Allgire is not telling us.I'm quite certain now he is influenced by the 9. Will have an explanation on the vax source on Sunday.......at least I think that is when it is published.

For PB in Maine, yes people are banned from our home. I realize that 25% of the vaxed are placebos, and I touched on that in this was by design, as they need petre dishes to advance the next phase.

Allgire did not say jack shit about the market collapse, but hinted he is seeing UFO's in our future. He does say our financial future is Bitcoin.

OK, the Viking has a large breasted woman cutting hair, and she got vaxed on  foreign shores. He wants to share his bag of cures. You tell her about the cures, but you do not give your potions away. She is an idiot and has to dig herself out. She may be a 25 and it would be wasted.  She can run a computer and she can get piles of free Minnesota medical care.

For Cpt. Kirk, there has to be junk yards, garbage dumps and whatever as you live in civilization.  Salvage people haunt dumps, so someone has to have a place which has treasures. Of course my neighbor does auto wrecks and destroys all he gets out of the dump. Bummer.

Big as bummer as TL said in the metro they charged to go prowling around in the salvage yards. In a population center a few counties away they do not even let people in the gate. JYG likes us being his pet rats now. Actually talk an hour most times about nothing. In that it is the key to being let to run wild and free. Buy from the people and if they are normal, bullshit them and then they start saving you things. TL wanted some dutch oven thing and asked JYG and he said he had something with a temp gauge on it. Never heard of that, but he is looking and we will get it.

If they would let me in, I would be at the garbage dump.

I actually had a mishap in the fuel tanks we got from JYG in a metal ladder broke. I was not hauling that thing to our welder, so it is sitting there, but I was looking for a 120 volt arc welder and was doing the wire flux and plasma stuff too. JYG tried selling me a Lincoln last year that was like 500 years old. Maybe something will be in the pile this week. I keep thinking with everyone dying that people have to start cleaning out the dead treasures, but nothing is showing up yet. People have to get over being scared in crackdown states and start testing their vaxes, and stop worrying about croaking as I need things, which I have no idea at times I know I need until they appear.

JYG was not looking to share his trailers he has made from pickups. He usually can be enlightened to share. He does get forlorn looks though when I cart things away that are his treasures.

Anyway, Cpt, you could always place an ad on Craigslist, "Please dump all your shit on my front lawn for free". Then you could start your own junk yard, have lots of junk yard friends, have the cops show up like JYG has in threatening to fine him, and as he does not have neighbors, you though do, you will be popular with your neighbors to who call the police on you, and the police will fine you for running a junk yard on your lawn and what more could a man ask for than being popular, having friends, having enemies and having your very own junk yard.

Say you had that water moccasin shooting gallery by your house, just run an anonymous ad in Craiglist and tell people they can throw shit in that creek. JYG charges 20 bucks for mattresses and things. With those Catholics running all those Mexicans for profit into America, you could contact Catholic Charities and tell them they could dump their dead bodies in your Green Recycling Center and Salvage Yard for 50 bucks a head. Get a big Texas gully washer, and it will clean things up and send the bodies back to Mexico or Galveston. Probably make a shark habitat.

Anyway that is about all my helpful information being a wokester, and showing the love to, who was that, Ivanka, blondes and Persians, anyway, that is the declaration in the Lame Cherry is going woke blog or blog woke, am still working on it, and need some time to getting this all homosexual figured out, but got a call into Hunter Biden and as he is now a professor, am sure he will be helpful to educating poor orphan girls to the life.

I should warp this up or wrap this up as have a big day tomorrow defying gravity and becoming High Priestess of the fulcrum and mysteries of angular physics.

And yes I read about Hitler's squeeze in Iceland, just have had a massive sinus problem and been really busy trying to lubricate tractors.

I would go with a stick, as there are no moving parts. TIG has to have gas, while MIG has the gas inert in the wire. Watch the gaytube videos on the wire feed as they will explain it in detail, including the electrodes in AC and DC.

Oh I wanted a 120 volt to haul over to the other place to weld that ladder as there is not a 240 plug in over there. They all eat electricity, but most people have 120 outlets and not 240 wired up.