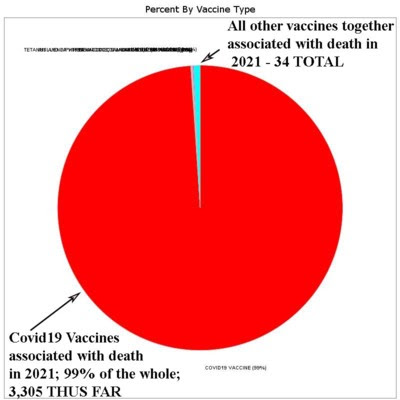 Before the Vax was released as a biological poison, centered on the Synthetic Prion, it was known in three studies that just like Coronavirus Wuhan inflamed the body and attacked organs, the biological weapon of the Spike Protein which is in the mRNA and Adenovirus, was causing all of these deadly and harmful problems.

This is what Bill Gates has in his vax and the Lame Cherry exposes in matter anti matter, is the reason Bill Gates is not going to allow poor nations to know what is in the vax, because then EVERYONE will know what are in these vaxes, from nano  particles to how this reacts with the Chinese Mask Morgellons. Gates is hiding what is in this biological poison, but it has been known from before the start of this, how harmful that spike protein is in these spirochetes.

One of the most important pathologies, is hypercoagulation and microclots in the lungs of patients. Here we study the effect of isolated SARS-CoV-2 spike protein S1 subunit as potential inflammagen sui generis. Using scanning electron and fluorescence microscopy as well as mass spectrometry, we investigate the potential of this inflammagen to interact with platelets and fibrin(ogen) directly to cause blood hypercoagulation. Using platelet poor plasma (PPP), we show that spike protein may interfere with blood flow.

Findings  In this cross-sectional study of RTP cardiac testing performed on 789 professional athletes with COVID-19 infection, imaging evidence of inflammatory heart disease that resulted in restriction from play was identified in 5 athletes (0.6%). No adverse cardiac events occurred in the athletes who underwent cardiac screening and resumed professional sport participation.

It is vital that you understand the building blocks of this transhuman evolution. Dr. Carrie Madej was on Alex Jones and she is warning DO NOT ACCEPT THIS EVOLUTION. Resisting this like resisting satan is a big step in this. What she reveals is what Bill Gates is engaged in, in Africa. As Jones said this is anti human, the 1% is shutting down Christian worship, as they are united in Faith. Dr. Madej expounds upon us, that we are electro beings, our auras reach out and interact several feet from each of us. We are one body and mind, we affect each other. This is what is the basis of the beginning of the offsetting of the vax fiberforming platform. The Christian Spiritual Family is the treatment for these Vax Lepers.

Gates is spreading the wifi connection in humans, that is the vax, that is Morgellons, people are transmitting a signal, not just the prions shedding. That is what is taking place in Africa. This is creating an adversarial body. NBC said by 2030 AD in the year of our Lord that people will be no more, they will be united with cyborgs.

This blog has warned you years ago of the false tree of life. This blog informed you of the vax, the synthetic prion, the Morgellons, the 5G and the 6G when the transhuman is complete, and Elon Musk's SatNet which is going to amplify the contrary false signals of the immortals. The 1% will rule in their adrenchrome transhuman forms, the survivors will in their anti virals will be controlled to not rot, if they submit as the inferior immortals.

This is all by design. This is the mid term of the fiberforms. Do not delude yourself that we are going to win in this. This is not about winning as masses of people will die. It is a reality that the Bible is correct in people will begin to rot as this transformation reaches the fiberform point.

This is another Lame Cherry exclusive in matter anti matter. This is proof of what you were warned of here years ago. You are reading the end game in this in what is being initiated by all the diversions. Inquiry indicates that things will speed up again in the deception.