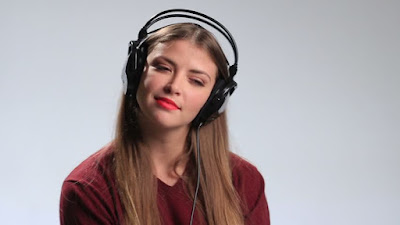 There was an interesting story on ZeroHedge which is making it's way into the US Senate. Is it more smokescreen for blaming Russians or Trump's MAGA, is what will be revealed, But what is interesting in this is, Sneators Warner and Rubio were making this a focus. The reason this matters is Biden and Pelosi, have made DC with the Pentagon, DC cops and the FBI a lockdown city state. The FBI is running a suppression operation, while the Pentagon has DC an armed camp, to set the stage for what looks like a permanent Forbidden City or Red Square where the People are not allowed, and will become a 1% domain when the next staged event is manufactured.

For the Senate to be stating that someone or some group in this Pentagon and Police State is capable of striking White House staff, is exposing the vulnerabilities in the absolute power of Bidencon is of no power at all. If DC can not be kept safe, then what the FBI is engaged in, in hunting down Americans, is a weapon of control which is rot, for the center or power can not keep control, so the control of the hinterlands is in jeopardy.

After it was revealed Thursday that US intelligence is investigating at least two potential "directed energy" sonic attacks on White House personnel - one of which is alleged to have happened just off White House grounds - the US Senate Intelligence Committee weighed in on Friday, saying such mysterious incidents appear to be happening with greater frequency worldwide.

Senators Mark Warner (D) and Marco Rubio (R) agreed that such microwave energy attacks have gone on for "nearly five years" and have targeted "US government personnel in Havana, Cuba and elsewhere around the world." In a joint statement the two ranking members said, "This pattern of attacking our fellow citizens serving our government appears to be increasing. The Senate Intelligence Committee intends to get to the bottom of this," according to Reuters.

It is interesting that this story was being challenged as fake news, and yet, the examples prove that 5G is dangerous and Sonic Weapons are a reality in the New York City police have already deployed them against Americans. I doubt this is Russia behind this, any more that it was Russians in Cuba. This technology is available, is portable and it has been deployed.

So we have the Senate which installed election thief Biden, now informing us that directive energy weapons have been deployed in DC against White House personnel off grounds. These attacks have targeted Americans in other areas. That is not MAGA. That is someone with resources and if not Russia, it is someone who has been tying a can to the Putin's tale and spreading the same propaganda that Russia was placing bounties on US Soldiers in Afghanistan.

5G is dangerous and will harm every living being. Thousands of ...

frequency radiation exposures to a long list of adverse biological effects, including: ... Given that 5G is set to utilize frequencies above and below existing ...

Tests performed on mice show the threshold for both lung and liver damage occurs at about 184 dB. Damage increases rapidly as intensity is increased. Noise-induced neurological disturbances in humans exposed to continuous low frequency tones for durations longer than 15 minutes involved development of immediate and long-term problems affecting brain tissue. The symptoms resembled those of individuals who had suffered minor head injuries. One theory for a causal mechanism is that the prolonged sound exposure resulted in enough mechanical strain to brain tissue to induce an encephalopathy.[43] 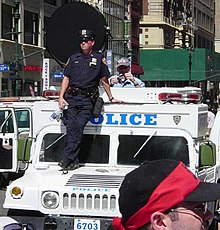 The LRAD is the round black device on top of the New York City police Hummer.

The Long Range Acoustic Device (LRAD) is an acoustic hailing device developed by LRAD Corporation to send messages and warning tones over longer distances or at higher volume than normal loudspeakers. LRAD systems are used for long-range communications in a variety of applications[44] including as a means of non-lethal, non-kinetic crowd control.

Who would benefit of a weak America and a war between Russia and America, fought out in eastern Europe? In history, London finance with the French started two world wars. Cui Bono, who benefits in sending the FBI out to divide America in hunting Americans down?

Cui Bono, who benefits and who has the resources and the historical practice of engaging in these actions?

As a Protestant Christian of my Lord Christ, none of this matters, as this world regime is nothing I'm a  part of. I pay my taxes. Obey the laws, and inform all of you to do the same. I have no part in this in propping it up or being joined to it, as no Christian does. The facts are simply reported in analysis projections on published information.

Someone is engaged in something that the FBI and Pentagon can not stop. It is not Americans who are being hunted down who are doing this, and those who are engaged in this, are protected from being brought to Justice.