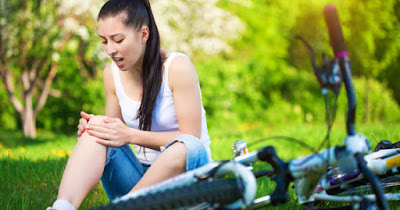 Microbiologist Erica Kahn made a statement on Rense that the liver regulates protein production in the body, which does include the insular types.

The Passing Of Something...Spike Protein Or
Virus (Or Both) ...From The Vaxed To The
UnVaxed...Is Clear And Resulting Serious Illness
Is Now Clear - Worse By The Day

In looking at the functions of the body, a link came up, concerning muscle synthesis in proteins. That captured my attention as reports are coming in of males, having had sex with vaxed females and developed deep muscle bruising.

Is Muscle Protein Synthesis the Same as Muscle Growth?

How Muscle Protein Synthesis Works. Protein is the building block of muscles. Muscle protein synthesis is a naturally occurring process in which protein is ...

Muscle protein synthesis in response to nutrition and exercise

Jan 30, 2012 ... Abstract. Muscle protein synthesis (MPS) is the driving force behind adaptive responses to exercise and represents a widely adopted proxy for ...

What is a fact in the vax is that the synthetic spike protein in Corona and the synthetic prion inf the vax all cause blood clots. It also manifests an erosion of blood platelets. What happens according to doctors, like Michael Yeadon, is that the prion which is the bioweapon is not something  to attack cells to invade them, but it clumps cells together which are blood cells, and that is clotting.

All of these parts have one thing in common and that is protein, and the proteins being glued together. What is a clot? A clot is bruised blood. What is a bruise in muscle? It is tissue which the blood has been harmed, and clotting takes place to protect the other tissue, which is a bruise.

What is taking place in the vaxed and those receiving fecal, urine or sperm, are receiving a live prion which is supercharged in reproduction, and it is causing bleeding from sinus out the nose, to the rectum, to the vagina, and internal bleeding in clots and this prion is causing MUSCLE CLOTS.

This has never been noted nor explained previously, this is a Lame Cherry exclusive in matter anti matter in explaining the biology of this biological poison.

This is an International Socialist genocide serum against humanity for their purposes.