Vaxed By A Thought 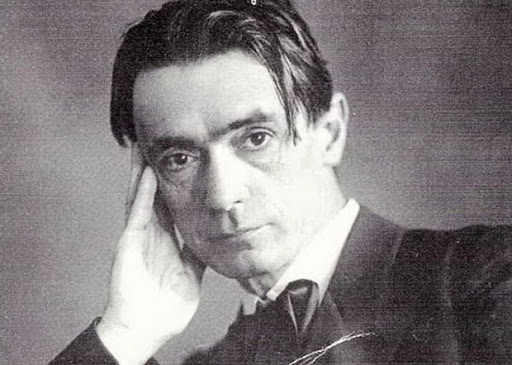 “I have told you that the spirits of darkness are going to inspire their human hosts, in whom they will be dwelling, to find a vaccine that will drive all inclination toward spirituality out of people’s souls when they are still very young

David Icke has postulated an interesting evolution in the thought of what this vax is doing inside the body. Granted the Lame Cherry has been warning of the false tree of life, and the fiberforming of humans to evolve them to an immortal status, is what all of these people are now grasping, but they have not yet uttered the words. It is in this synthetic evolution of humanity which Icke podners, is the problem not just shedding the synthetic prion, but Vax Lepers are shedding transmission waves which their transformed DNA is receiving. That is important in what Mr. Icke is examining, because what if this signal is 5G which is toxic, what if this is like an x ray, what if this is just like bad country music and it makes people sick, and what if the people being changed are not the vaxed alone, but those signals are interacting with your electronic aura which all humans have?

There is not a doubt, that as you can feel creepy people, people with negative energy, sick people, that these Vax Lepers are transmitting a frequency which they are receiving. The proof of this are the magnets sticking to people where they have been vaxed. The projections in this as this blog has explained is that this is like the north pole, a ley line of magnetic energy, an that is what a magnet is sticking to. The question is why would this happen, and the answer is in like an electric motor, like the earth, it is making it's own magnetic field  In other words, the magnetic field is a bi product of the changing DNA by the synthetic prions, the nano bots as they fiberform the human host. Humans are iron based, and iron attracts magnets, again in other words, this magnetic field is as natural in this synthetic resonance as if the vaxed were Iron Man.

In Remote Viewing as much as life, if you are associating with hateful, violent, insane, oversexed people, you begin to vibrate at those same levels unless cleansed, as people need to detoxify after associations with those corrupt frequencies. You are being affected by the Vax Lepers. We simply do not know if like possessed people, if the corruption is permanent or if it can be broken, by Jesus the Christ. His frequency is in this world and overcomes.

Alex Jones and his attractive doctor appeared in an exchange which mentioned why Churches, Protestant Churches are being shut down, as the Christian association or frequency of the Body of Christ was being targeted. If you notice, the Catholics as championed by Amy Barrett get special favors to meet, but Protestants are arrested. When the Lame Cherry inquired, inquiry said something about prayer was part of the cure in this, that is frequency with God and not submitting to the mark, not accepting it.
Most people in this world are as Sodom polluted as the peoples God wiped out like Nineveh. Is there a phase in this, of the vaxed playing a frequency so much that it makes the ReVaxNiks "drunk or stoned' and eventually submit to this process. Can there be a vaxed possession of the unvaxed,  a sort of Svengali affect on the weak willed and the non Christians?

As Jeff Rense has asked the important question, "Can this synthetic prion replicate in transference, instead of just infecting and killing cells like an allergy, because if it can, then it is game over".

The 1% had to have factored in that  the Trump supporter or those Donald Trump got in front of for his political DIA adventure, would never take this vax. There had to have been factored in a method of dealing with or converting 100 million people. Is the solution a vax drunk or doping, by the Vax Lepers?

[They want to] change the nature of DNA … so it’s not picking up those [high] frequencies, it’s only picking up the frequencies of [the] technological sub-reality – the Smart Grid. So this nanotechnolgoy, which is in these vaccine potions, is changing the receiver-transmitter antenna nature of DNA … so our Mission Control is not expanded conscoiusness, it’s simply the Cloud … so we receive and transmit only their information.

People who … have had the vaccine are having [their] DNA antenna re-wired so that [they] receive and transmit different kinds of information, and it locks [them] in to this Smart Grid, this Cloud. That’s the foundation; I am not saying there’s not a chemical element to this transmission we’re hearing about, but for me the key area is this frequency. And if you get nanotechnology in the body, and then it starts transmitting its frequency, then obviously that frequency, that substance which is impacting upon the person who’s had it, as it transmits its frequency, it’s going to impact in the same way on others who pick up that frequency, even though they’ve not actually had the jab.

God is not a virus which can be caught. The Tree of the Knowledge of Good and Evil though produced a fruit which was eatable. The same was the Tree of Life, the change was eaten. satan is not eaten, that is a decision and a possession of frequency. What Mr. Icke is asking is, now zombie will the ReVaxNiks become?

The question in this mind warping is, will people be given a great deception shove. Will they be told there is no God, that they are products of star children, in a space race which sowed humans here and have been helping to keep humans from nuclear war, as the are inner space beings not of the outer space.
Why be loyal to Jesus, when Jesus was a spaceman and you can be just like super Jesus if you just accept the transformation.

All of this is going to become more clear in the next months and year. My cousin who took the vax, we have noted has changed even more. Her voice is changing now as is her personality in being more sullen.

It would prudent for the ReVaxNik to get off of all social media, to limit their exposure to both cell phones, Vax Lepers and media. The 1% has the ability to put thoughts into people's heads. I have not addressed the source of this previously, the the Manella Effect as much as "the lion laying down with the lamb", were a testing of this in a mass false memory which was implanted. Your minds can be moulded by thought and the constant exposure to contrary electro frequencies which is what the internet was designed for, to link people's auras to this cloud in growing that connection. It is now just producing a permanent link in this vaxing now that it has been developed.