What the Vax Expert said was Really Worse 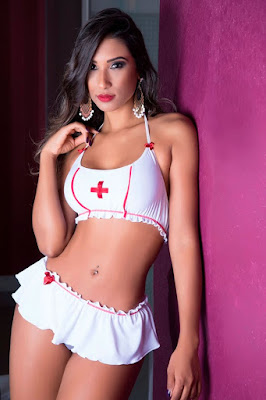 This blog featured a segment by Dr. Luc Montagnier with the conclusion that people would figure out that his quotes were not the quotes of the person posting the quote of the danger of this vax.

The problem in this is not the time line of 2 years, which is probable, in mad cow kills in 14 months, nor the HIV factor of auto immune death in wearing out the body as it is treated with chemicals. The problems in this are not what the doctor said, but also what he said, which is even more alarming.

For what he did not state. this vax carries a suppressor code in it for mRNA which stops tumors from growing. Hence Britain is already spiking with cancers, we should in the next 4 t o 6 months see a spike in vax cancer or tumor growth which will be blamed on people being locked down and not diagnosed in going to the doctor.

That should be the first wave, after the initial wave of people having COVID like illnesses due to this spike protein and blamed on Coronavirus.

The 14 months will be the brain sponge window, and in this the HIV window, as treatments and more vaxes abound.

It is what the doctor said which is the problem.

Everyone who is getting jabbed for the Chinese Virus will die, he reportedly stated during a recent interview, w

hich you can watch below at Brighteon.com.

“There is no hope and no possible treatment for those who have already been vaccinated,” Montagnier stated plainly during the segment. “We must be prepared to cremate the bodies.”

This prion is going to kill people who do not have additional evolutionary transhuman treatments. That is basic science. The prion can not be treated in the vaxed. (I will note that the Lame Cherry has concluded that those who deliberately spread the S strain to inoculate people have produced a guard against the Vax Lepers. The S strain is a protection it appears against they synthetic prion as it has the spike protein in the bioweapon.) Those who who have had the vax though have increased their risks in direct implantation of this prion, which is equally serious as those who are infected by eating body fluids of the vaxed.

This blog has exclusively posted that the Morgellons in the masks, "feeds" on this prion or is the building block for the transhuman evolution. The nature of both will produce an immortal like situation when complete, which means a zombie type immortality, but it will not kill the person just transform them into something they probably would not want to be, but then again if your brain is mush and you are told you are Avatar beautiful, you will not know any more than any other veg head.

It is the part about cremation which the doctor is not precise on. Is cremation meant for ridding the world of this prion as it is carried in the dead, or is cremation meant that billions will be dead in one time period and it will require some kind of mass incineration to deal with them, or could it be both.

In either case, I doubt the economics of this would allow freezing, chemical burning or petroleum burning of billions of bodies as the pollution would be dangerous in concentrations. Again the doctor has not projected this out, in what if the people do not die, are transformed to immortals, so one could do all sorts of things to them, and they would regenerate, and be quite zombie pissed off in the pain they had just been put through. Death has an end, immortality is pain forever.

There is not enough information to conclude what the end product of these synthetic humans would look like or react like to environmental obliteration like a nuclear bomb used on them.