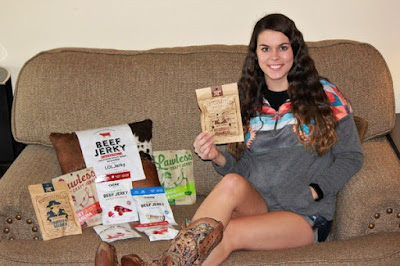 I noticed something odd the other day in Sneaky Pete's Pistol Packin' Jerky which was something I would not click on as I love jerky, but I can't afford it. Then I saw a link of Gayway Pundit, now promoting and in bed with Pete Santilli.

I remember Uncle Gordy from Veteran's Today teasing Jeff Rense for having Pete on, because this was the era of the murder of LaVoy Finnicum and Pete was in jail over Malheur stuff, but the thing is just like with the Capitol Rioters who got Ashli Babbitt murdered, Uncle Gordy stated that Pete Santilli is an FBI asset.

You remember that Hal, what's his name, who was the mic for the Skinsters or whatever they were being racially profiled as, and when they got him into court, he admitted the FBI was using him for like 50 grand a year to steer the Skinsters, just the way Jesse Jackson steered Blacks after Martin King took the quick exit.

So if I follow this, the DIA ran Qanon and this entire January 6th set up of MAGA. The FBI is hunting down 100 million Americans. The independent voices are being obliterated, and what is left are his Steve Bannon DIA mix of those who are guiding the 100 million to a new conclusion. It seems Bannon got the arrest pic like Santilli for his creds, and now Gayway Jim Hoff and Pete Santilli are joined at the hip, like all of these hipsters are.

I thought I read on Gayway's site that Santilli's pistol packin jerky was sponsoring Gayway. A new business is funding Gayway, and the guy running it, was in jail not that long ago, and Uncle Gordy said he is FBI.

It would seem to be why Gayway is immune to Homeland knocks like Steve Bannon like Populist Press as they all seem to have the same employer.

I find it heartening that the FBI is in the jerky making business. I can support that 1000 percent. Few things are more satisfying than a good piece of smoked meat. The thing is Director Wray must have signed off on this, and Attorney General Merrick Garland and then there is Pedo Joe as this is his Obama show, so Obama must like jerky too.

Is a strange world we live where the tech whore elites are being picked off like fleas in the body dog politic in Bezos, Zuckerberg hanging on and Bill Gates getting the pedo exposure.  Seems the pimps the 1% chose are being replaced. Greta Thunberg is a fatty by Chicom ridicule, but then we have Sneaky Pete's Jerky pistol packing with full support of the FBI.

I really like a Justice Department making and selling jerky. I can get behind a police state that is in the meat business. I just do not get why Steve Bannon or Jared Kushner do not have their own sidelines from the DIA and Tel Aviv. Everyone loves bacon, so why not some Tel Aviv bacon for sale and maybe Bannon could get some Phat Boy Chips. Yes chips and jerky and bacon, and you know that the Jews would make the bacon kosher as they can't eat the stuff, so all the profits would stay in the plant.

How about that weird Cuckservitdue Treehose who like Qanon tried to off this poor orphan girl. There must be some FBI asset, like that Black kid from BLM who could make some nice dark lager. Yes dark lager and jerky. The FBI could be a snack food emporium for people, and they would all get fat, and it would be easy for Homeland and FBI to track them all down. Be so fat they probably could not get out of the door to escape.

I would get Tucker Carlson into this, but he hangs with Hunter Biden, and you can just tell they are not jerky men. They probably eat pate and stuffed shrimp stuff and you just can send that through the mail to recoup FBI funding losses the way jerky can. Beer and chips do not go good either with goose liver.

I don't know who all are FBI people or Homeland or DIA, as that is why I wanted a list of undercover cops at the Capitol on January 6th. There is real potential for self funding if the police state would just release the names. Give them to Uncle Gordy, he can out them and I bet the FBI could get Winchester to sell 100 dollar 92 rifles like John Wayne had, but we don't want that cowboy stuff, as there was Jim Browne the great NFL running back who never took a knee, but he did stick his tongue in Raquel Welch's ear, which is ok as she is colour, so what would be more appropriate than pistol packin' jerky and the FBI selling their own line of guns

I suppose we need Bibles too as Obama said them Bibles and guns is what the Christians clung to. Wasn't that Frank Graham saying Donald Trump was too old and fat to run in 2024? Sure it was, must be FBI and as he has his own Bible farm, just have him team up with someone Jeff Rense has on.  There is a real goldmine in this for the few, and maybe if enough FBI folks get their million they will take pity on a poor orphan girl and give more than the whore's wage.

“The Next Two or Three Weeks Are Gonna Be Critical” To Save ...

2 days ago ... In an interview with Pete Santilli, Gateway Pundit Founder & Editor Jim ... Try out Pistol Pete's Beef Jerky and when you buy a package, you'll ...