When Qanon was Birthed 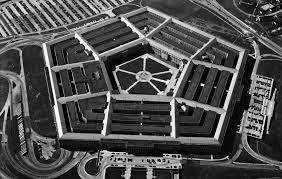 TL was telling me of a post TL had read recently, about a "woman" who had gotten the vax, almost died or something, had a better time with vax 2, but it was all worth it, as she was not endangering others and could go to her sister's wedding.

My first comment was to TL, was this skirt did not exist, this was Mockingbird and it was  all aimed at women, for the reason , just like Eve with the apple, you get to women and they in turn harp at parents, children and yes the men they are leading around by their cocks. You get a woman doing your work for you and she will make everyone's life hell until they submit. A woman is worth 12 vaxed people any day.

This informative little segment though is about Qanon, you know the kid whose daddy was on the DIA payroll, he started fucking around online, got caught, and then the DIA took over the program to frame all MAGA supporters, by a main operational desk, and a host of Pentagon trolls making an echo chamber of it all in this slight of internet show.

OK so you get that, you get that the NSA ran the Q operation, and it played upon people who were afraid of losing America, and set up the January 6th scenario.............so if all of this NSA effort was framing 80 million people, do you really think that the Nike pipe bomber that the FBI just can not find, who was in shape, knew their way around DC without Google Earth, and somehow left no DNA, no fingerprints and knew how to make pipe bombs of materials which the FBI could not trace, in other words as this blog has noted, this Nike bomber was trained by a government.

After a two-year investigation, the outlet reported that the undercover army consists of around 60,000 people, many of whom use fake identities to carry out their assignments. The Pentagon’s agents operate in real life and online, with some even embedded in private businesses and well-known companies.

The massive program, unofficially known as “signature reduction,” is reportedly 10 times the size of the CIA’s clandestine service, making it the “largest undercover force the world has ever known,” Newsweek claimed. But the true scale and scope of the shadow army remains a closely guarded secret. No one knows the program’s total size, and Congress has never held a hearing on the military’s increasing reliance on signature reduction. There appears to be very little or no transparency regarding the massive clandestine military force, even as its continued development “challenges US laws, the Geneva Conventions, the code of military conduct, and basic accountability,” the outlet said.

If one reads the fine print though, you soon discover that the 60,000 NSA trolls, all quite intelligent and gifted, have backing them contractors. So you have people above the law, often breaking the law, joined to off book created front companies who engage in a number of nasty things. You remember Biden wanted to contract out spying on Americans which Homeland could not do? The blueprint for this is the NSA network of groups who do not answer to Congress.

Do you think Dominion just appears out of nowhere in vote fraud technology? Do you think "information" just happens to flow to the FBI about January 6th from sources? Do you think that Donald Trump was pissing on whore girls in Moscow and that this was the KGB making up the stories?

This is all in house, and we have been experiencing this in house group with billions of dollars in budgets, not going after foreigners, but going after Americans. They are looping in one big project which is at least 30 years in the making in the UFO revelations and the UFO's will appear on time just when they should be revealed.

This is what CIA Director William Colby was most concerned about before he was murdered. This Clinton man was focused on the militias, again a deep state operation, and the causes of people no longer trusting the system, or the way government works. That has all been shattered and you can see why Colby was murdered. All of this is being run out of London and DC, in the shadowlands and for purpose.

However, the fastest-growing group within the Pentagon’s clandestine force operates exclusively online. These “cyber fighters” assume fake identities to gather intelligence and search for “publicly accessible information” on the internet. They even reportedly take part in “campaigns to influence and manipulate social media.” Hundreds of these shadowy keyboard warriors are employees of the National Security Agency, Newsweek reported.

According to the outlet, the network relies on 130 private companies and dozens of little-known and secret government agencies to support its operations. The businesses, which do everything from forging documents to creating disguises, collectively make over $900 million annually to help fund the secret army.

And the punchline in this is, they are implementing what the cartel wills for this evolution of the human state. That is the vax and that is the coming wars of this year, and what will follow next. Qanon was generated out of the 130. 90% of what was posted was legitimate or backed by US agencies implementing covers for the progression of the narrative.

The reality is zombies are going to be created, but the zombie are already engaged in this operational group, because none of you reading this, could ever follow orders in framing 80 million people, even if you disagreed with their politics to destroy them. You could not terrorize a planet with a Covid release. You could not be these people, and the fact is the Edward Snowden's and Seth Rich's are rare. 60.000 trolls, and 130 troll companies, and in all these years, only two people took the exit.

And as far as Newsweek blowing the whistle, Newsweek is Mockingbird, so releasing this data only fans the Alex Jones flames and pleased the 1% as it is meant as herding operation to make people submit to something so big that they can not see.