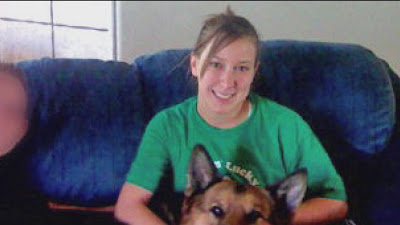 Jeff Rense featured a video for people to examine as he always does to make people think which is this new police state conspiracy generated nonsense like Sandy Hook, like JFK, like whatever we have been lied to, in Ashli Babbitt is an actress, she had fake blood and is alive and well, probably with Jeffrey Epstein in a kabutz in Tel Aviv.

What is troublesome in this was Rense had a a regular guest who was biting on this nonsense as in gun angles, people calling things out, as John Sullivan was a paid operative and all of this was more crisis theater. This person who it seems Rense was displeased was fomenting this crap as fact, is usually normal sounding but in this segment he was ranting about how this was all a set up, and then in the next he said Sullivan was an idiot, but his dad is connected to intelligence, and he was paid 90,000 dollars.......yes but hat 90 grande was confiscated by the DOJ when Sullivan was arrested to be made an example of.

It is facts like this which slip that experts analysis, along with the reality that common sense tells you something in no one can keep a secret. You can't stage a shooting public, haul people to a hospital, have doctors sign off death certificates, have coroners call it murder, and then have a husband suing the government for money and the name of the murderer.

So Ashli Babbitt just abandoned all her family and will never make contact again?  The coroner and doctors who are wealthy already..........are going to keep their mouths shut, where Andrew Breitbart's coroner was dead after that autopsy?

Ashli Babbitt would have had to have played a character  for years which is not out of the questions, but the kind of psycho it would take to be married and con another person for years, and to have no feeling for your family or friends to leave them all behind, for absolutely nothing as nothing hinged on Ashli Babbitt being murdered, is not logical.

It is not any more logical than those who say Jeffrey Epstein is alive in the Jew state. For the record, Jizzy Maxwell is wasting away in prison, she is a Jew. Her dad was a big English Jew, who was murdered by Mosaad for trying to put the blackmail squeeze on Mosaad. So Epstein is going to get a fake death, when his prosecution was put off for a decade in covering up his blackmail scheme..........when this all was solved already in his being given a Hillary Clinton pass is another ridiculous claim.

Epstein is dead as Maxwell as this was something not of Mosaad, which pissed off a bigger horse in the race, and this was all handled when the 1% backing Donald Trump took power from the Obama trolls of England.

All of this is the bait and switch of the same system that covered up Jews murdering John Kennedy and Robert Kennedy. This is where the operations for the crisis actors appeared and all of this is just more Qanon nonsense.

Do not think that there is just one story to divert your attention. There are myriads of platforms. Some bite on fake Ashli Babbitt, others bite on Kobe Bryan's wife's tits, others are vax nuts.

We are entering an era where everything is going to be what you can not believe, I hear things like, "Well they said this about the virus", yeah they have been saying bullshit about this from the start of this.

But they have a test............yeah that is what they say, and we know the test is bogus, so what is the point of a test, when they have been exposed as saying any shit to put a pre written story before you. This is designed to so disrupt your belief system so when another belief system appears with miracles, you will grab onto that like a monkey in a cage for safety.

I would advise to believe the Bible, trust Jesus and all this other stuff just shrug and say, "That's nice" and go weed your carrots. You must start producing a foundation in your mental will of believing on a set of facts, even when you are shown aliens which are demons, to destroy your Protestant Faith, and keep repeating that you believe in this to yourself and the rest does not matter.

That is going to be more difficult with those who are vax zombie as that is designed to fry your brain so you just are robotic in accepting the programming.