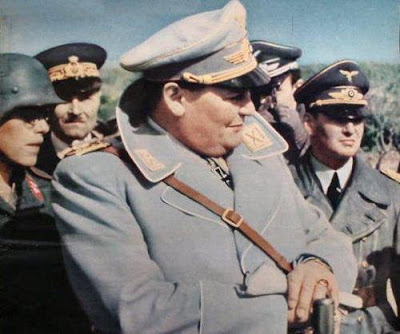 Frankly in this vax extermination and the hunting down of Americans, the Lame Cherry is not interested as you can kill 6 billion people, but it will never matter as the headlines will always read, "HOLOCAUST KILLS 6 MILLION JEWS'.

There is something though that interests the Lame Cherry as I study history and history repeats itself. Also as the founder of Forensic Psychology in the first and last word on the subject, this is what interests the content of the most powerful and successful blog ever to appear.

I was reading the the Reichstag Fire, and before you shut down in that Nazi stuff, as apparently President of the Reichstag Herman Goering let in SA Troopers via the President's passage under the Reichstag with pryo materials, and did a better job than Guy Fawkes, as there was this Dutch red pinko communist who was not too bright, like the people the FBI used in Ohio to stage that bizarre Governor Whitmer kidnapping which never happened in Michigan, and the pinko red state comrade had been lighting fires in other buildings and was bragging about it, and stated he was going to burn down the Reichstag, which he attempted but the SA was there with Goerings carte blanche and up when the German Congress.

What is of Forensic Psychological interest for the Lame Cherry is not what people did almost 100 year ago, what interests me is Governor Mario Cuomo back in the 1980's calling Patrick Buchanan a Nazi. There was a great deal of that Nazi stuff back in the day, and just as all the Obama Biden Harris folk are called communists now which they are not as they like their expensive habits and ivory towers,  and this Nazi stuff has been aborted for a narrative of White Supremacist, which appeared by regime manufacture in those Ricky Vaughn Alt Right satirists.

So the 1% behind this shifted from Nazi, Skin Head, to White Supremacist, and that has been altered to Alt Right which disappeared after it accomplished the psychological mission, for these Beasty Boyz, sorry I forget their names now, but am trying to remember in Oath Keepers.......Proud Boys it is  and 3 Percent and the FBI is now producing more propaganda warnings about " the MAGA Fringe going violent as some other events are being generated as was January 6th by FBI paid agents and operatives.

In Forensic Psychology and a psyops operation, I can understand why the White Supremacist term was manufactured as all of these groups are confused in being called this as they are not racists as they have all races involved. It is a successful pinning down operation in accusing someone of something they are not, so they stand around trying to defend themselves or not, because they are not .........I'm not going to use that clumsy term anymore.........so WhiteSups it is .......so they are not WhiteSupss so they are confused in being accused, but into this the Lame Cherry is mystified at the genius of the 1% who do all of this as to why they are so obsessed with this Nazi stuff. Literally January 6th was the same type of charade that the Nazi engaged in, in the Reichstag fire. The people who did it were government assets and the communists blamed were dolts or not there.

Let the Lame Cherry go into retrograde to explain this. OK if you are a communist, the last thing you want is a January 6th reminding people that the communists were blamed and executed in a set up in Germany, as it means the small mind will think Obama communists are crooks and the large mind will conclude, 'Hey January 6th was the same set up of MAGA as the communists by the government", and it blows what the 1% is trying to accomplish in scaring MAGA.

You will notice as this blog has pointed out that the military in America is behind a great deal of this intrigue and has been showing FBI Director Christopher Wray as a mindtard. As much as the NSA is releasing data of the FBI spying on people illegally in all of this. There is an across the board degradation of the Department of Justice, the FBI and local police, and it is by design to create as this blog stated a Corporate Mercenary Police State for hire doing the 1%'s bidding. This Lame Cherry pleaded with William Barr, another fraud to stop all of this mistrust between the DOJ and FBI and thee American People, but this is still going gonzo insane and Director Wray is not a tard, so he is aware as are all the educated top tier of the FBI that this schism is being promoted by the FBI and making the FBI as criminal fall genders.

The Top Tier though is aided in the psychological processing of candidates for the agencies. The forms utilized appear to sort of those who follow orders and do not question anything, have a psychological need to belong to a group of "we vs they" and they generate endorphin thrills hunting Americans down, showing up on their doorsteps and intimidating them". Mix that all together and the 1% generates the same out of FBI agents as Qanon jolted out of the MAGA supporters of Donald Trump, who are still being tempted in Don John will return in August once those recounts which could have been finished in December 2020 AD in the year of our Lord, but it would not cause these divisions which the 1% are attempting to crack open.

In that the communists in Germany were the mirror image of Americans. They talked a great deal, but the Nazi could not provoke them to any action. That is why the Reichstag fire was set, in the communists were all hot for mass murder and revolution, but they wanted someone else in the police state to do it for them. Americans with all their guns have a saving grace, in they will not use them no more than their mother's nipple. That is all a good thing for Americans who are  being framed like the communists.

The logical reason the 1% is engaged in this is not to just fracture and divide Americans, but to attempt to generate that violence the FBI is always warning about which does not take place. This is all known and the 1% with fluroide and soy milk has made Americans into a bunch of Obama choom heads who sit in their gopher holes and chirp a great deal, but an armed gopher is not a wolf predator.

And as the 1% knows violence will not erupt as even Obama's Intifada is only a few psychotics in ANTFIA and BLM raging at the moon with the Jew Schumer, Mic Biden and Italian Pelosi celebrating new holidays in Juneteenths which not even their supporters can figure out what this Ebonics holiday means. The 1% will then have to resort again to the police state generating violence to further new criminalization of gophers as the gophers just chirp by their holes.

Perhaps when you are 1% geniuses you just want to witness the reaction to Pavlov's MAGA if the bell rings. As this blog has been the only one out of 7 billion people, the world populace is so retarded now that the 1% could introduce their star ruler and tell them it is time for a change to the times and the seasons and people will be arising at 14 o'clock in the 14th month, and not blink.