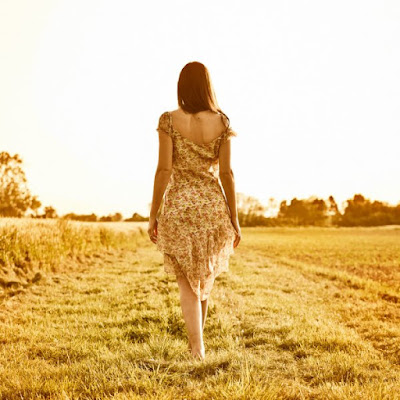 By now most of you have heard of General Michael Flynn saying he didn't say that America should go Burma Shave in a military coup, at what was called a Qanon conference. To this, we have been assured  by Sid Powell that if states start overturning election from Biden to Trump that Trump will be President and start all over...........

This was all taking place at a gathering of patriots, where half the attendees were FBI agents and informants.

After what the DIA did with Qanon in getting people murdered and hunted down by the FBI, which has a new twist in Oath Keepers who seem to be former FBI employees out of Ohio for one, were planning to blame ANTIFA or BLM for the DC riots by starting them as the Obama Intifada, it should not be something that probably should be necessary to explain, but normal people's danger signals would be going off and they should be going nowhere near this second wave of manipulation.

All of this dovetails into Don John's rallies. Which dovetails into Cy Vance holding grand juries to nail Don John in this intrigue of putting a leash on Don John via the SDNY and Trump taxes.

All of this should have been settled in December 2020 AD in the year of our Lord when Trump had the authority to do election recounts as Patrick Byrne noted. PROTECT THE BALLOTS could have been handled by the military and ballots counted and that would have ended this. Instead millions of people got set up on January 6th and some are still being tortured in confinement in their rights being violated.

The Lame Cherry wondered when GenFlynn started quoting the Bible, as he had not been quoting the Bible before, but like George W. Bush "in what would Jesus do", they know how to sucker Christians to make people believe they are one of the called. This blog will state again, Generals Flynn and McInerney know who called them up and fed them information. So does that lawyer from Georgia who was spewing the pedo stuff. So does Sidney Powell, and yet none of them have come forward and named who at the NSA and other agencies told them things. Joel Skoursen stated it was the NSA doing this, so we know that for a fact, and yet what we have before us is another Robert Lansdale Psyop.

Nothing has changed from 2020, the same crooked people, same crooked voting machines, same crooked 1% run everything. You are being asked to believe in these emotional recounts, which are going on for weeks. Odd how in past elections people could count hand ballots in 8 hours in millions of votes, but yet this drama drags on with intent to loop you into the rope again.

Instead you have these same operatives who lost everything, telling us to believe the magic show of Qanon again. Just have faith as Don John will be at 1600 Penn Avenue again. Just give them your money. Just join their groups with more FBI agents and an entire DOJ which has a policy of crushing people of their spirit and finances, and then throw them into prison to break them down some more to animals.

None of this is anything any reasonable person should go near. They had their opportunity and Biden was installed. Nothing has changed and the same FBI is recording all you are, if you go anywhere neat this movement and it is a fact that Flynn, Powell, that lawyer and whoever else all know this is all being recorded as evidence. That seems like not much leadership in asking people to put their lives in jeopardy after 4 years of Don John not keeping his promises.

All of this looks like what it is, a rather tired attempt to sucker people on the right again, to cull some more of them off. I plan on writing more about this when I have time, but the Supreme Court ruled 5 to 4 in the Jimmy Hoffa case in the 1960's that it was kosher for Attorney General Bobby Kennedy to get people to lie before grand juries, so the DOJ could get Hoffa into court, using government paid witnesses to frame Hoffa in going on fishing expeditions. This is where all of this started and the water is being chummed and the reasonable conclusion is, that you are the bait in this shark tank.

I'm telling you again. Do not get drawn into this, any of this. No donations to this Flynn stuff as everything registers in the woke credit cards and they will shut down your finances. You obey the laws, you pay your taxes. you do not make yourself or others targets by ranting or posting things.

What this looks like is what I said, "They will give Don John one state" and that will deny him the White House, but sucker you into voting for those GOPlites in 2022 AD in the year of our Lord in zombie nation with the promise of 2024 AD in the year of our Lord. I'm done with this side show and my only concern is keeping each of you from destroying your lives over more horseshit.

Alex Jones said they fooled us all and he wished that he never met Trump. Jeff Rense was telling Trump to go away as Trump abandoned his 100 million voters.

If you want to be patriotic, go watch a Mel Gibson or John Wayne movie to get the cure. You want to join something, go find a non sodomite Protestant Church. You want to donate, then hit the button here, as that money is going to buy land so we can eat.

They fooled us once, not completely, but enough so shame on us for being trusting children like Ashli Babbitt. Do not be fooled again as you have seen this bullshit which has been repeated since Ronald Reagan left office, and his children were the biggest part of the bullshit.

You do not need politics or smart phones to be validated. You don't need social media to make you someone. You have enough problems with what is coming in economics, pedo state, police state and war.

The cyberstormers shut down your gas supplies and are now shutting down your meat supply in cyber attacks. You can't eat politics and if you get into trouble, none of these people who are telling you join them again are going to answer the phone when you beg for help, SO DON'T GET INTO TROUBLE.