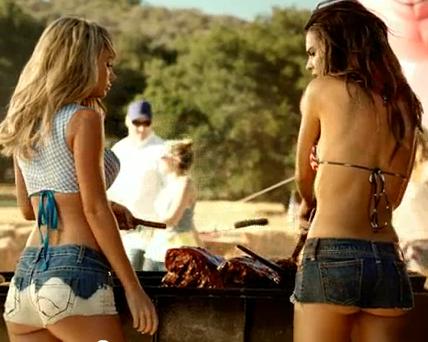 I'm passing this along as I was skeptical, but I honestly trust Jeff Rense on this one, as he had a hilarious story in checking out which foods at the market were having magnets sticking to them.

He is out in the northwest and was sticking his big magnet to things in testing them, and this old crow was following him around, and she reported him to the meat department manager. He came out and Rense said he dropped his magnet and it stuck to the freezer, and the guy helped him, but the old woman just stood there monitoring him.

I could not find Rense's picture he took, but he did find that his magnet was sticking to enough meat, beef, that this is an alarming problem. I have been trying our meat, and honestly we purchased some beef for the 4th of July to BBQ and I'm concerned about it, as much as wondering if Pork and Beans on sale has something in them.

Rense had no problems with chicken, but others have.

I do not believe this is vaccinated animals per say. As the pork we had magnets did not stick. This is something in this random chance infusions. Do not think for a moment that the same Covid that killed a few of our cats, has been making dogs sick and killing them, can just as easily been introduced last year into feedlots infecting animals.

I would like to inquire on this, but the rich people do not give a damn in making my life easier, as in having the funds and the time, as I'm exhausted in getting things lined up before the world melts down. Am curious of this, but it would be a good idea from this point on, to put a magnet to your food and see what happens. If our beef goes magnetic, I'm taking that chit back.

This appears real and honestly no one can figure this out. Is why inquiry into the matrix would be the answer as has solved numerous things here before in discovering the answer.

Anyway, if I find the pix I will post again and if not, you have been warned.

...........and yes children this 1% has been trying to wipe out beef producers. They have used HAARP to drought conditions, so ranchers are dumping beef, and now this magnetic meat will accomplish what has been planned, as it will cause large tracts of land to be sold off to the 1% for complete control of most of America. They bought up 17,000 homes recently so this is moving forward. So do not celebrate your vegan designs as this is part of a complete agenda.