So Cyber Robbers Put The Loot In An FBI Computer? 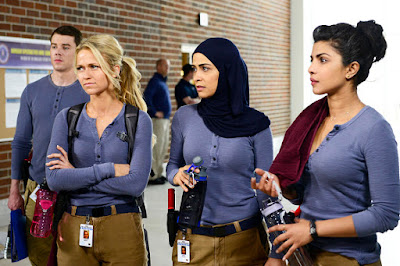 OMG, every time we open Facebook for MAGA files, Zuckerberg posts 5 megs
of selfies with his manboobs by the pool with his cell number....

I will preface this with I do not care about Bitcoin nor anything crypto. People who bought into this are trolls of the 1%, as I would never buy anything that needs electricity to exist.

We now move to the Durden Bros who posted this reality in the latest hacker attack in America, that he Colonial Pipeline people had no real defense on their computers, just like that weird attack that opened all of Trump's computers by anti virus software before the election.

OK no defenses on their computers which control the east coast energy supply.

Then Colonial shut their computers down, so they would not be infected and then paid a ransom to open things back up, after chit hit the fan in high prices.

....and then the ransom was paid, but the Zero says after the DOJ fanfare about getting the money back, they did not hack into Bitcoin as they lied about, but instead these "Russian" hackers put their coins into an insecure purse, which just so happened to be in California. The Durden Bros speculate the obvious that these "hackers" stuck the money into an FBI server. Ponder that one for a bit.

Bitcoin is secured through a currently unbreakable cryptographic formula known as a Elliptic Curve Digital Signature Algorithm. You can safely rule out the possibility that the feds broke this form of encryption and were able to pull off this computing power miracle, which is only theoretically possible through the use of quantum computing, a technology that is still very much a work in progress.

The feds did not “hack” a bitcoin wallet in this manner, though they certainly seemed happy to give off that impression, as it sows doubt about the security of the bitcoin network.

The DOJ has historically been extremely hostile to bitcoin, labeling it as a preferred monetary system for cyber criminals, despite bitcoin transactions being publicly available to anyone with access to the internet.

A DOJ warrant from Monday morning gives us much more detail about how the government actually secured the bitcoin funds. They did so by obtaining a warrant on a bitcoin wallet or exchange that had servers in Northern California. Yes, you read that correctly. The entity responsible for the ransomware attack did not in fact have custody over their bitcoin. Instead, they were using a custodian for their funds. It is unclear whether this account with servers in the United States is an FBI wallet or the affiliate’s wallet, but the major error in bitcoin 101 custody remains the surprising issue. Using a custodian for your funds instead of maintaining possession of them is a very basic error, especially for an allegedly sophisticated hacking gang.

Given that bitcoin transactions are publicly available, it was easy for the feds to track the funds transferred from Colonial to this outfit, as Colonial’s initial transfer to the bitcoin wallet is public information. All they had to do was “follow the money,” which strangely made its way into a U.S. based custodial address.

So all of these shortages like rain in the West from HAARP, to lumber sitting in yards, to chips being in short supply, all follows the same bullshit trend of events happening, your life screwed up, you being inflation robbed, and suddenly on January 6th all of those records get turned over to the FBI without warrant for ATT and Citibank. Now you don't suppose like the Obama Treasury in all this debt that the intelligence community which funded via the DOD and NSA Facebook, Twitter, Google and Microsoft that the government is now the biggest stockholder in owning these conglomerates and that the FBI has it's own server farms in this Bitcoin scam, so no Sara Carter warrants are necessary because we are all on government servers which you paid for and this is how this operation runs.

Gee Obama, Trump and Biden made all that debt, and now we need inflation to soak up all that money, and here comes the Obama Wuhan virus, and all of these "shortages" and here comes inflation and there is this FBI server in California, which hackers who are helping to soak up all that money in high gas prices........just happened like that Georgia election hack traced back to the NSA, happened to have have brilliant hackers deposit money into an FBI wallet that they just opened up, and made another big press conference in how astute their "new" cyber crime unit operates.

Start thinking big my children and my brats as you are learning how this entire entity is Fahrenheit 451 working. Big Brother spent your money and now owns everything in this Nazi Conglomerate State and is not spying on anyone as we are all in their system. This is the Cyber Gulag.