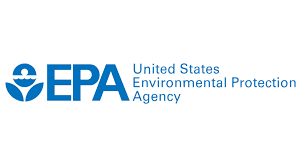 In watching Nurse Cassandra, where it must be cold there as hell froze over, as she is in her jacket clothes, she mentioned that these Chinese masks, besides having Morgellon's fibers in them, are soaked in Ethylene Oxide, which causes cancer, sterilizes people and mutates cells when inhaled.

This is not an internet crank but the EPA and Health Services which have issued these warnings in America.

When the Lame Cherry sees a report like this, my question is WHY ARE NOT PEOPLE IN GOVERNMENT WHO ARE SUPPOSED TO BE PROTECTING CONSUMERS NOT DOING THEIR JOB?

Yes we know why, but this is a matter of a number of agencies should be involved in this from Customs, Health, Commerce and EPA should be shutting down these imports from China and none of them raise a finger whether it was Trump Sphere or Bidencon. China is to blame for their shoddy and lethal products, but damn it all to hell, this poison could not have gotten in here if it had not been for traitors in America.

The virus got into America and spread from Obama holdovers. This all began long before Fauci who is now being blamed. You remember that Jew couple who lied to get back into America, were infected, and then wrote an op ed in the press how stupid Trump was as this virus was not a danger. Yes that tune changed with Fauci when it meant Trump could have an election stolen, but all the same, it was Bush family who built ruthless China, the Clintons too the bribes and Obama bowed to them, and Pedo Joe is still allowing this harm to Americans. None of this could be happening if Americans earning over 100,000 dollars a year in jobs which are supposed to protect Americans, were doing their jobs.

This is not some hidden element in these masks. It is on the label. This is medical industry mask types and again, where is the AMA warning of this? This is nurses and doctors taking daily swabs to be checked and stuffing cancer toxins up their noses. Where the hell is a nurse's union raising hell about any of this to protect people? All the leadership is corrupt as hell, has Chicom funds and is all looking the other way as Americans are being rotted by Chinese poisons, because Americans are so Goddamn corrupt.

This is not some revelation. Hell this blog begs for donations and 99 out 100 rich people just can't find their credit cards. Oh they can spend money like a crack whore on themselves, but on people doing the work which is keeping them alive for years..........suddenly the money is not something that comes to mind. And let us not forget where rich people got all their Goddamn money. It came from exploiting Americans in sending jobs to Asia, where their portfolio investments were spiked by Treasury money dumps to record US debt for the past 20 years under Obama and Trump.  One would think with all that stolen money they would want to dump to where they started to poor people to get on God's good side, but that just does not happen. They Walmart funded this problem with Chicom poison and rubbish and it has spread like a plague to government in no one does their job. Americans are being mass murdered and the only person who says anything is a nurse hiding in her car, as the same warped paid bastards who went after Rand Paul to protect Fauci are protected by the FBI in the white powders they send to terrorize those attempting to liberate Americans from this vax gulag and keep people alive from the Chicom firing squad which kickbacks to rich Americans who sell their souls out daily for their 30 pieces of silver.