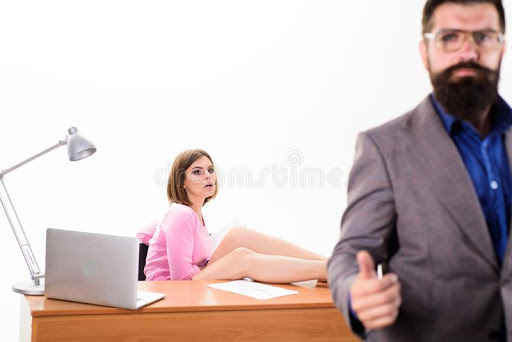 As another Lame Cherry exclusive in matter anti matter,

The Lame Cherry the greatest blog on planet, having outproduced all other blogs combined, and holds the title of the longest running international blog on the planet, closing on on 20,000 posts since 2007 AD in the year of our Lord, wills to again enter the field of projections with the content of this Human Resources Provider. You might know her as a scalper or head hunter. Large conglomerates or corporations contract with this business in order to staff a company. Her specialty is the oil and gas production across the globe.

Take for example as she explained, a company needs 100 riggers for an oil or gas well. They contact her and she is able to staff that rig with competent workers who are registered for the job. What she is stating now though is that all of the oil and gas companies are having their HR, managers and foremen, going through their employee lists and checking off those who have been vaxed. The purpose for this is the board rooms, who gain their insider information from the 1% as they are the 1%, have engaged in a working policy on data they have been provided, that these companies are going to have to replace in three years time, all of their vaxed employees.

She said the management is in tears in going down these lists as they know these people for decades as this industry from offshore oil rigs, drillers, pipe fitters, welders, truckers etc... are a finite group who interact with each other. You do not last in the oil industry if you are a slacker.

In the video, this exec states these oil and gas companies are expecting one half of their employees to be dead within 3 years. That is not four years, that is the June 2024 AD in the year of our Lord as an end date for the last to die.

As this blog has hinted of this in posting about 2023 AD in the year of our Lord, inquiry into the matrix was trending that January 2023 AD in the year of our Lord was the death spike from this vax. That is the year the matrix was indicating was the focal point. The oil and gas industry has closer medical data and projections and as the Lame Cherry has stated, this synthetic prion is not the same as the Mad Cow, nor is it like Syphilis in the spirochete.  Ronald Reagan languished for years before he died. Mad Cow has a 14 month termination rate. This Synthetic Prion will affect people on it's time line, and it seems in monkey brains which were affected, that it affects the inner brain, not the stem, but the area between the stem and the outer cerebral cortex. That will reveal what the personality disorders, memory and motor function will affect each of the Vax Lepers. There will be a composite or pattern in this when this starts manifesting, with outfliers which are out of the norm, but there will be something which is recognizable as Alzheimer Disease when this begins manifesting. People who are still cognitive will immediately recognize the vaxed.

As Lindsey Williams used to drone on about the big oil companies in Alaska, in being connected to the 1%, but not all knowing, it is certain that the Biden Harris invasion of millions of vermin are destined to replace Americans who will be incapacitated and dead. No need to build houses with millions dead as they would just fall down. Better to just haul out the corpse piles and move the Mexicans in who survive this Christian Protestant White and Black erasure.

I checked the stats on the oil industry, which this exec quoted in half of their employees would be dead by June 2024 AD in the year of our Lord, and the numbers four million nine hundred thousand people will be dead in this industry. They are expecting half to be dead, so you know the Biden Fauci numbers on the vaxed are bullshit They will not get 228 million people vaxed, with their macabre injecting of children, but the final tally will be around 160 million by force. That is more than Deagle projected in only 60 to 90 million Americans left alive by 2025 AD in the year of our Lord, but  that is a hell of a swathe with the grim reapers scythe.

How many jobs has the oil and natural gas industry created? - API

How many jobs has the oil and natural gas industry created? Industry supports 9.8 million jobs or 5.6 percent of total U.S. employment, according to PwC.

It is logical that every Fortune 500 company is going through their lists in this same manner and checking off their culls. Some industries will have closer to 90% dead, as some businesses employ more know it all trolls who lock step over the lemming cliff. The more secondary trained and educated, the less prone to sweating as labor, the higher the kill shot rate will be from this vax. The oil and gas, will have a lower rate than something like the FBI, Homeland, State Police, who believe being in authority no prion would infect them as they have weapons.

This is succession planning.