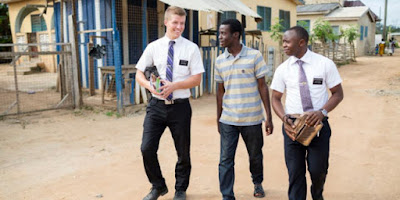 You're just a coon now, but when you get a white shirt and
start ranting at people and taking their money is when you stop being a coon.

This takes place in a junk yard, and it was one of thee most bizarre experiences we have ever had, as apparently we "needed savin'".

JYG collects all kinds of peculiar treasures, including people. A few weeks ago we had an encounter with Rain Man. JYG says the guy talks and talks, and from what I can tell he is a bit savant, a bit brain injured from car wrecks to the  brain, and uses rapid fire quotes so you can not keep up.
About a few responses into this when we met, I just told TL, "let him talk", as there was not conversation or reason, he was a great deal like the ego nuts who try to glom onto this platform in lecturing me or trying out their deductions which are logical to them, but sound insane upon examination.

So Rain Man quotes Scripture and melds in internet things. His idea is that people caught the coof due to dry air in homes, as your sinus mucous is designed to destroy viruses. That is worth consideration, but I was just nodding as JYG said, as all I did was want the deluge over.

So we are standing their with our haul as JYG has some great treasures for us again, and who appears but Black Steve, who is internet knowledge to a sort and knows things enough, and is a big black guy who is friendly.

So we are talking and JYG gave me the opportunity to get the hell out, but stupidly I did not pay and leave. Next thing we know is BS is telling us Christian things. You know the layman feel good stuff of what Baptists spew in telling you things, as like with Rain Man, we apparently needed saving.

So who pulls up but Rain Man. I nod to him as I'm nodding at BS to just pass the time until JYG gets done with things, and all of a sudden Rain Man says, "I heard what you said and you don't know what you are talking about".

Lord God, you talk about Twilight Zone which took place then, as Rain Man who is never challenged is getting questioned and BS is asking him Who Jesus is. If Jesus is his Savior. I could not believe it but Rain Man only pointed up and said nothing. To that BS was calling him "satan". It was a point I thought they were going to start a fight, but I figured Rain Man was not going to do that  as he is old and BS is a big guy, so we're standing there waiting for this to be over, when these two begin trying to gain us as jury.
I mean like jack and shit I'm getting into this, as neither one want to hear the Gospel or hear who is what and what, as it would be we would be satan to one and minions to the other.
TL later said, "I wonder what they would think if they knew you were are Prophetess". I probably would have been crucified on JYG's towering artwork.

So having enough of the jury, I moved TL and myself to where JYG was hiding and with that Rain Man leaves after eyeing us, and BS comes over and starts talking again. TL figured he was feeling us out, as his feelings were hurt as that is normal, but he was trying to still build a foundation of what a great teacher he was.............but TL said we read the Bible twice a day, pray all the time and do a third at night together. Must have been too much as he dropped it and left.

It was all unsettling, nothing Christian in it, and nothing respectful in people accusing each other of judging and condemning which both were doing and wanting an audience in us as recruits.

Having enough of the world on the platform of this blog in serving God, a platform which is not something I really want for the dangers involved, and knowing that both would be running for cover if Homeland showed up to interview them, these myopic missionaries always pick on polite people to grandstand in front of and save. I make this point in you can not have a conversation with them and it is a waste of time. So I just extricate myself as there is nothing to reprove or restore in them, as they are on their mission and all you can do is just stay out of the way.

If it gets bad enough, I will tell them that I do not need saving or lecturing, but my being polite is not an invite to be talked at. I'm not looking for Jesus in a pile of trash.

God presents opportunities all the time to be His ambassadors. A smile, a helpful gesture is Christian. If people want to hear about Christ, He is still all over the Bible and people know Him. They need to see you as a Christian behaving yourself and being someone they respect. Then if God comes up, the words have weight.

Another adventure in this was probably some Vax Leper from Oregon who was in the farm store. He was chewing the ass of the clerk about prices not matching, and that they should shut the store down and get it right. She was polite, but we an the guy ahead of us were laughing our asses off, as the consensus was, "It you don't like the brier patcht, get the hell back to Oregon with your rioters".

The guy ahead of us was laughing and told her, "Don't worry I'm not a democrat". We sympathized with her, but I said I enjoyed it as it was entertaining. That old bastard was still bitching when he was going out the door.

I just would have liked to have been behind him, as I would have egged that prick on and really got him going.

This is the world we have and being a Christian in this world is a Saxon point of being stoic, removing yourself from what is the zombie world generating  and just finding the normal and interacting with that.

There is no one who has not heard of Jesus. They either have Him or have rejected Him. You can't save anyone. That is God's job. This is not Corinth anymore. Your entire work is to get yourself interactive with God and listen to Him and not talk at Him, but with Him. This grandstanding is nothing from God. You live a Christian life by example as the ministry which is each  responsible for.

In a crowd of people all telling each other they are going to hell, the reality is none of them are going to Heaven, as Gospel comes with the Way of Life, not the way to hell.