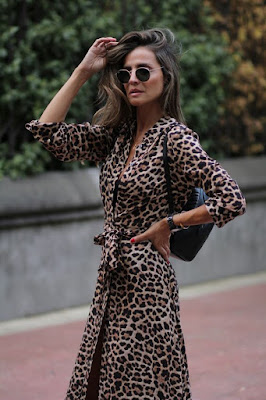 I wanted to thank Sherilyn and Anne for their kind words and donations as the kind words of support means a great deal to me. I do not feature people a great deal who contact me like GunsShopGuy in his sinus remedy, because I have not tried it yet, but I do have the Tea Tree Oil, but have not had the time, as I do not have the luxury of getting sick from a cure right now. Right now I"m sunburned on the shoulders after putting a gate post in the ground as it was one hot bitch today.

The following is an insight in what it takes to make this blog as more and more people put up embedded code so you can't get a video with just click and save. Like this one from Rense, was embedded and to get it, you have to right click, view page source and then find the HTML code, which links to BitChute which is another clever site that you can not download or save things off of, unless you have your own bag of tricks. That part I'm not going to reveal as that is Richard world and putting information up here is hard enough without the trolls making it more difficult to acquire data.

Dr. Richard Fleming was featured in this Rense headline, and I thank those of you who surf Jeff Rense's site and show support as he has done exceptional work on this Coronavirus Wuhan, and has been a driving force in warning about this NDC which is going to be part of the Great Deception. NDC is Near Dimensional Contact, you know them as demons not aliens or ET's as  the propaganda has been set up for a generation.

Spike Proteins enter The BRAIN causing Inflammation Of
Lewy bodies (Alzheimers) & Spongiform Encephalopathy
(Mad Cow Disease) In 5-6 weeks in Animal Studies
DO YOU UNDERSTAND WHAT HAS BEEN DONE TO US?

We know two sets of information in this. The first is vaxed animals all died in months when they were exposed to the common flu viruses, as their immune systems could not defend against common viruses any more. The second is what Dr. Fleming has revealed and that is in a month and a half of being vaxed, or exposed in the vax to this Synthetic Prion, that animals exhibited brain degradation.

Personally, I'm seeing a great deal of odd behavior in the Brier Patch. The other day a Volkswagon was parked in two spaces which were parallel to each other. It is odd things like that which stand out which was not occurring previously as much as ............well when the mother died, the county clerk of courts was a real bitch about it not being helpful. Attorney's here rolled there eyes at our experience and others stated what a dumb cunt she was, so I have not liked this person in the least, even if she was following me around in the store like she wanted to be my best friend. I kid you not Sister Sarah, I would move away from her and she was there again. I call her Leopard Pants, as she is one of these women who  always is dressed in animal prints and is white as a vampire in not going out in the sun.
Anyway, Leopard Pants was in line at the Thrift and I had avoided her again, but I just watch people or piss with people, like Mexicans in talking about buying leather belts for my gun or Amish in talking in German around them as they like chattering in Kraut Speak trying to be superior. So Leopard Pants is in line and acting like Leopard Pants acts in she can't stand in line, but has to rip through the clothes racks in looking for things, and somewhere in this she turns around and flips over this 4 by 8 mural and does her elitists "oh my" or something as things crash down and she has to set things up.
I was studying these two Mexican looking twats a few feet away from her, and honest to God if looks could kill, LP would be dead. They were just hating on her like, "You dumb fucking White cunt!!!" I have noticed that people are not very pleasant after the vax, but for some reason these two Mexes were really glaring at how stupid Leopard Pants was.

I know LP got the vax as she is the affluent type. She has never done shit like this, so I look at her and wonder just what is going on in her vampire brain, as she made a major blunder in public. I just seem to be noticing more of this in different people and all of it is mood change and motor skill or reason dysfunction. It is almost as if people do not realize that parking crazy or busting over shit is not normal, which again is abnormal.

Look, all these medical people can post things and say things, but without empirical evidence, it does not matter to jack or shit, because in those vaxes are nano particles which are making some people magnetic, some people do not seem affected, some get really bad reactions, and some just are degrading. I believe these vaxes all are platforms for delivery of the prion and nano particles. Others appear magentism carriers, some are part Morgellons and some are creating a new type of blood it seems, a synthetic blood. I believe that all of this in one vax would kill every person, so the 1% has built different platforms which will infect in time those who are part of this vax series, like the nano particles cross the barriers as do prions in common contact, recognize a new update and begin transforming that code into an mRNA. That is the logical projection of the data and why the 1% keeps hosing people down with these things and going after our children.

The point is, I'm noting odd mental behavior in people. People I have known my entire life are changing. I can tell you that this prion and nano stuff is active in people who have had vaxes for several months as I came into contact with a neighbor and just brushing his arm in fixing a tractor I got this "bruise" which was red like a burn on my arm, and I put Vitamin E oil on it as I woke up and it hurt like hell in burning like a cold freeze spot, and a few days later it turned into a deep black bruise. It healed and I have experienced no side effects, so the nano and prion apparently does not survive without consent or if the vax platform has not been injected. It is more an allergic response, which explains why there is the drive to inject this into the blood, as a safegaurd in this for the 1% is this can not be spread by contact. Contact though is how the platforms update.

I'm sad that numbers of very good people I know are going to die. Not sad the assholes in greater numbers like Leopard Pants are going to go zombie.  I just wonder in the projections how long it will be before some woke pilot flies a plane into the ground, or some vaxed soldier launches a Star Wars attack or some FBI agent decides to unload their weapon into people at the end of the day. Will there be accidents, will their be psychological acting out, will people not realize what they are really doing, or will these zombie just fat Oprah their Mad Cow way to flopping around like fish out of water. That is the data no public, but those behind this already know what the projections are before people become invalids.  In these projections there should be an uptick in accidents of all sorts in people not being aware or losing motor function as this is the brain which is being affected.

I'm seeing things are wrong with people in their brains. I'm seeing people looking like they aged and are not taking care of themselves.  In basing this on the projections, there should be an increased accident phase manifesting from now to the incapacitation phase. This is not Mad Cow, so the time line may be more Syphilis which is long term spirochete infection, but due to the rapidity of this serum in reproducing the synthetic prion, the projection should manifest from July 2021 AD in a noticeable change to July 2022 AD in the year of our Lord when an invalid phase would become noticeable. In this time line January 2023 AD in the year of our Lord should begin manifesting the the terminal phase.

This is what the projections indicate.