Fauci is the only dangerous Mutant of the Coronavirus Scare 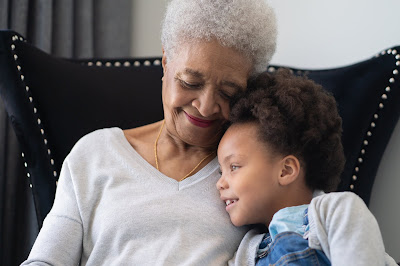 Sure get the vax Granny....but before you do,
put me into your will for a double share.

Already done my child, and we get you vaxed Friday,
as on the donor card I get your kidneys as mine are going bad.....

Now, every state has the ability to do what has been done in these 13 states, but there is no doubt that it takes work.  That’s why last week we launched the National Month of Action to help more states reach that milestone and get more people vaccinated.Over the weekend, volunteers across 45 states completed more than 500,000 phone calls, door knocks, or texts.  The First Lady and Dr. Fauci visited a vaccination clinic in New York City, where they met Annette, a 92-year-old woman who was there because her grandson convinced her and drove her to get the shot.If you don’t have someone in your life to do that, don’t worry, you can text your ZIP Code to 438829 and get a free ride to and from a vaccination site.  Uber and Lyft have already completed more than 150,000 free rides to help Americans get vaccinated, and this program will continue until July 4.

The push to get the remaining culls vaxed by July 4th in the Biden Fauci 1% orb, as they are scraping people off the lottery and beer gutter sidewalks to inject them. What is of note in this is with all this PLA assisted spread of this virus, with deliberate kill zones, that  this biological weapon's family of crown virus spliced with spike proteins is downgrading as it naturally would.

The spikes in this have come from the vax, in the synthetic prion is overloading the body, so that people are spiking in tests showing this virus, when it is the vax causing the symptoms.  The vax is causing "Covid" symptoms and the natural mutations in using humans as incubation breeders is devolving into strains which are more easily contracted in children, of course by design as that is what group this 1% wants injected is children who suffer no ill effects from this virus, but suffer greatly from the transhuman synthetic spike protein.

Fauci Begs Americans 'Please Get Vaccinated' to Protect Against ...

2 days ago ... Fauci, a member of President Biden's coronavirus response team, begged Americans to "please get vaccinated" during Tuesday's briefing.

The Delta variant, B1.617.2, is “rapidly emerging as the dominant variant — greater than 60 percent” in the United Kingdom, Fauci said, explaining that transmission is “peaking in the younger group of 12 to 20-year-olds.” The U.S. National Institute of Allergy and Infectious Diseases director said there is “poor” protection from the variant among individuals who have only received one dose of their mRNA vaccine.

“So let’s look at where we are in the United States,” he said, warning that “we cannot” let the variant take over and become the dominant variant in the U.S.

That, he continued, “is such a powerful argument to underscore with Dr. Walensky said,” which was to “get vaccinated, particularly if you’ve had your first dose, make sure you get that second dose.”

“And for those who have been not vaccinated yet, please get vaccinated,” he begged. “This is the national month of action.  We want to get to and above the goal of 70 percent of the adult population receiving at least one dose by the fourth of July.”

What is this Delta Variant? The same one this blog wrote of previously. It is a renamed virus, which was either let loose into the pool of human genes or it mutated, and it is now the prescribed variant to terrorize children into being vaxed with a deadly synthetic prion.

As of May 2021, three sublineages have been found. Despite its name, B.1.617.3 was the first sublineage of this variant to be detected, in October 2020 in India. This sublineage has remained relatively uncommon compared to the two other sublineages, B.1.617.1 (also known as Kappa variant[7]) and B.1.617.2 (also known as Delta variant[7]), both of which were first detected in December 2020.[8] There were few known cases of B.1.617 (of all sublineages) until early February 2021 when there was a significant increase.[1]

On 7 May 2021, Public Health England escalated B.1.617.2 from a Variant Under Investigation to a variant of concern (VOC) based on an assessment of transmissibility being at least equivalent to B.1.1.7.[9] Subsequently on 11 May 2021, the World Health Organization (WHO) also classified this sublineage VOC, and said that it showed evidence of higher transmissibility and reduced neutralisation. The variant is thought to be partly responsible for India's second wave of the pandemic beginning in February 2021

As Anthony Fauci lies all the time, it is impossible to know if his data is real. He claims this variant infects children, yet if you look at intelligence and military propaganda speak, is it not odd that this virus only attacks 12 to 20 year old children. Why not 21 year olds, why not 11 year olds who have gone through puberty. Why is it that it is only a group which is a group for the 1% to be herded into and vaxed who are not above 21 years of age in legal rights and just is the age which most children become mature and are no longer children.  So children with surging hormones get this new variant? According to Fauci this is the case, as this thinking virus is now a puberty virus. You will remember the first claims in this virus only killed old people so no one cared and then it started killing children and people were baffled in the medical community. Now the new virus is hunting down not of legal age children, to have the Fauci prion injected into them.

This virus is the common cold, that is what a coronavirus is. Grandma gets the flu as readily as the six month old. Coronaviruses do not target age groups, unless engineered to, and this biological weapon when in the feces eaten form is deadly, when in the non lethal form., most people recover, and if you are not being injected with vaxes causing prion overload or immune system shut down, all these mutants are of absolutely less concern that a yearly bad flu season to kill anyone.

That is the reality. The common flu is of greater threat to people in a yearly mutated form than this Indian mutation or any other mutation. Those are the facts and the fact is the vax causes gene suppression so cancers will form, causes brain deterioration and auto immune shut down, so any common cold virus will have an expressway to any person vaxed to inflict upon them with more serious affects as that is what this vax is designer drug designed to do, only kill the spike protein, so any other virus will have a wide open field to get through your defenses.

I will repeat, we have been dosed with all these bioweapons and mutations by our keepers. We survived the worst and the most taxing. The only threat in this is, the transhuman effects of this fiber forming and synthetic prion. I was exposed to shedders too, but the bioweapons we were healed from, did their job and I recovered from the effects of the shed prions.

The 1% will continue to lie to you to herd you to that prion for their purposes and will terrorize you with Fauci fraud science to stampede the dimwits to getting vaxed, revaxed and forced vaxed. There really is nothing to fear in this though of these mutants as I do not believe they can economically release another kill strain as that would cause the time line problems. It is more of value to just scare people with the lies of Fauci.

They want the 12 to 20 year olds before September. That is evident.  Just go live your lives in peace as there is more coming in other arenas worse than non deadly mutant viruses.